In my youth, I’d always enjoyed the old Aardman animations: most famously Wallace and Gromit. Though stop-motion animation was tapering off as a form for special effects on movies, there was something about the authenticity of models and clay that gave them a warmth that really shone through in Aardman productions about a cheese-obsessed Yorkshire inventor and his despairing pet dog. Many years on, Truberbrook has the distinction of bringing that classic animation style to the videogame realm, being equally nostalgic in content as in form, taking us back to late sixties Germany, casting the player in the role of Hans Tannhauser: a quantum physicist on holiday in the charming town of Truberbrook.

Truberbrook has a pleasingly unique look to it. Each background is based on a real life, highly detailed model. The miniatures are so detailed and realistic, it was actually surprising to find out the weren’t computer generated but photographed from actual models the developers had lovingly created. The way the characters look designed as if modeled from clay themselves creates a beautifully lifelike effect.

Though one might imagine the primary selling point of the game to be its experimental visual style, it’s also a competent adventure game in its own right. The interface is simple and straightforward. Clicking a hotspot lets you look at, talk to, interact with or use an item on it. Pleasingly, you don’t have to cycle through endless combinations of items to solve puzzles. Hans only offers plausible combinations of items you can try. If something doesn’t work, then it usually points you in the direction of a missing item. Usually, you’ll come up with the soution to the puzzle yourself, but if you don’t, you won’t be chasing endlessly after red herrings.

The puzzles are more clever than simply searching for items and hotspots to use them on. There’s more ingenious puzzles, like shining a torch light across ancient runes in historical order, or answering a mad warden’s psychological tests to convince him you’re not insane (or an alien). 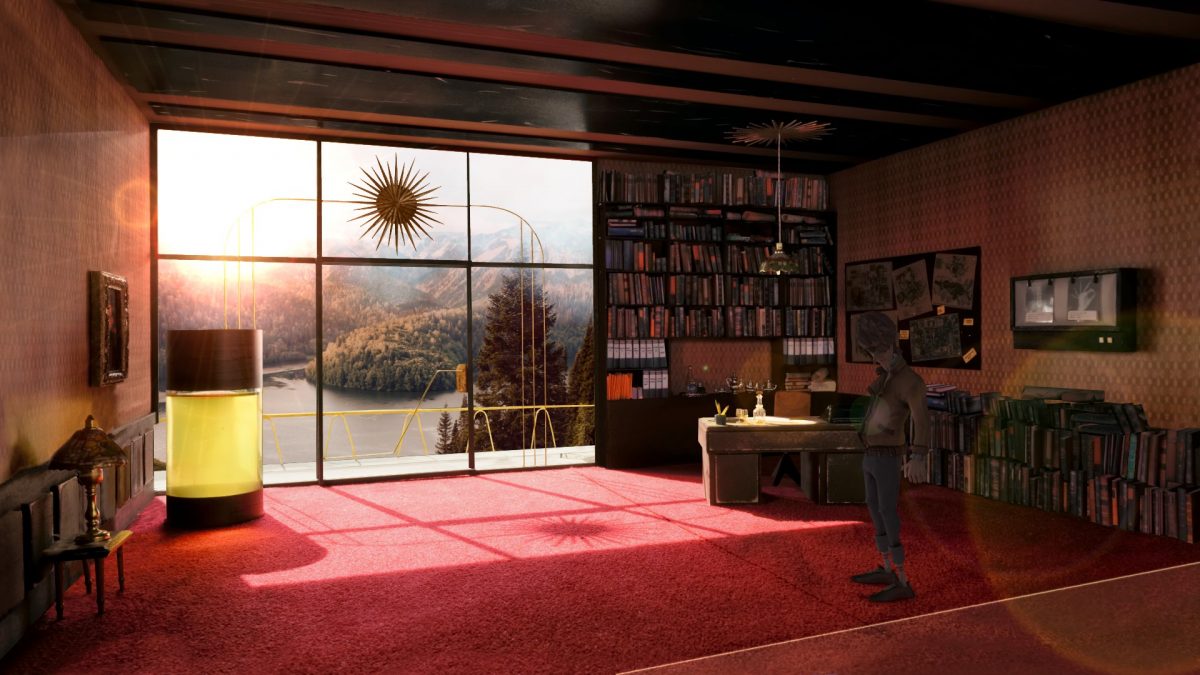 Just as you’re really starting to enjoy the proverbial wind in your hair of flying through a puzzle-solving adventure at a brisk pace, things grind to a halt and you’re left searching for directions.

As straightforward as Truberbrook is for about half of its playtime, it becomes altogether too aimless in the game’s exceedingly long fourth chapter, which is essentially a scavenger hunt for a mish mash of components. It’s here things get very aimless as you now have the freedom to explore the entirety of the game’s world, but hints on how to proceed or what to do next become sparse or nonexistent. One puzzle involves making beer, and that requires the collection of several different components. Drinking the beer causes Hans to pass out, which randomly causes a new area to become available, which in turn helps you find some of the pre-requisite items to sole the main puzzles. There are suddenly plenty of other instances of progress just coming through aimless wandering and random experimentation of items rather than following clues and logical deduction. Characters would appear who would have crucial items, but I’d only meet them after having first wandered through every area in despair.

There’s a particularly frustrating and, I suspect, buggy puzzle that requires you to request a lighter from Tude, Truberbrook’s innkeeper, but it requires you to first find something that needs to be ignited – but the dialogue action to ask for help only appears if you ask IMMEDIATELY afterwards.

Not Classic Comedy, But Classic-Styled Comedy 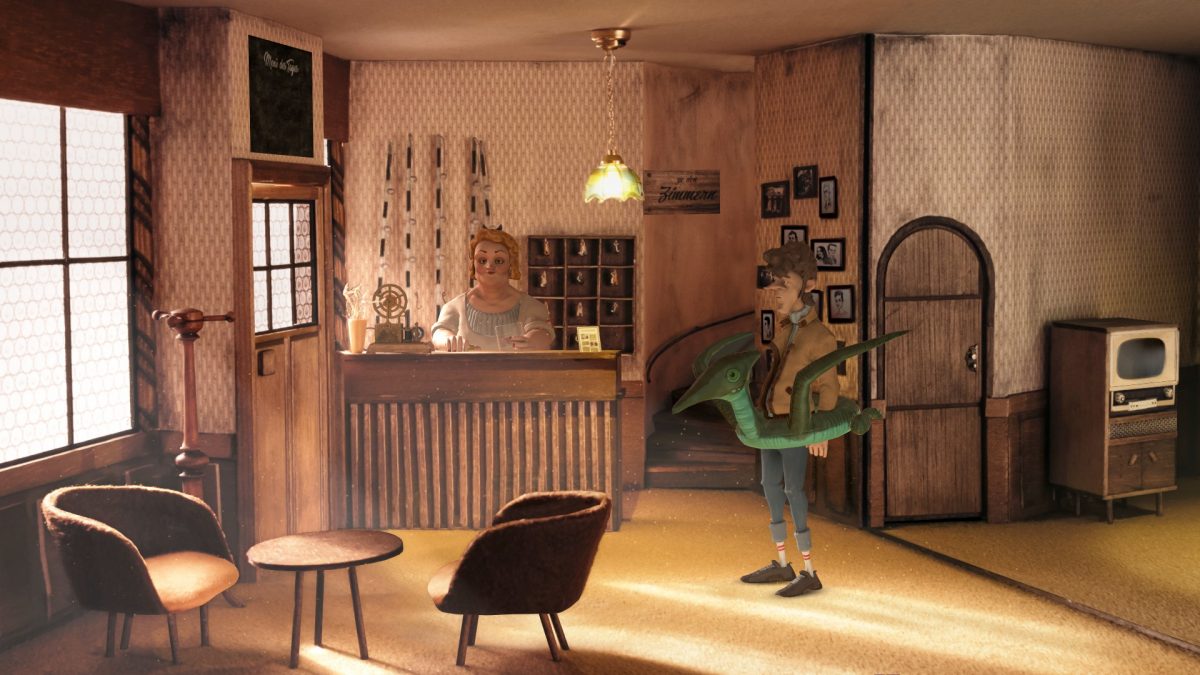 Ok, now this IS pretty funny

Truberbrook realises its place in the great point n’ click continuum and has plenty of comedic moments. When Hans is being interrogated by a mad scientist, one of the options is even to accuse him of “fighting like a cow” (like the great insult swordfighter of Monkey Island fame).

There’s even the odd bit of slapstick if you ill advisedly try making Hans fix an exposed electrical line with his bare hands. The characters have a moderately cartoonish resilience for physical harm. Any more adult humour is greatly understated, such as the innkeeper who seems a little too loathe to return an electric shoulder messager she’s borrowed from Hans!

Despite funny moments, Truberbrook never really reaches the laugh-a-minute yucks of the classic Lucasarts titles. There’s never any real commitment to any one type of humour, just little smatterings of different sorts that don’t really cohere into anything that’s give your funny bone more than a modest tickle.

Too Cosy of a Catastrophe 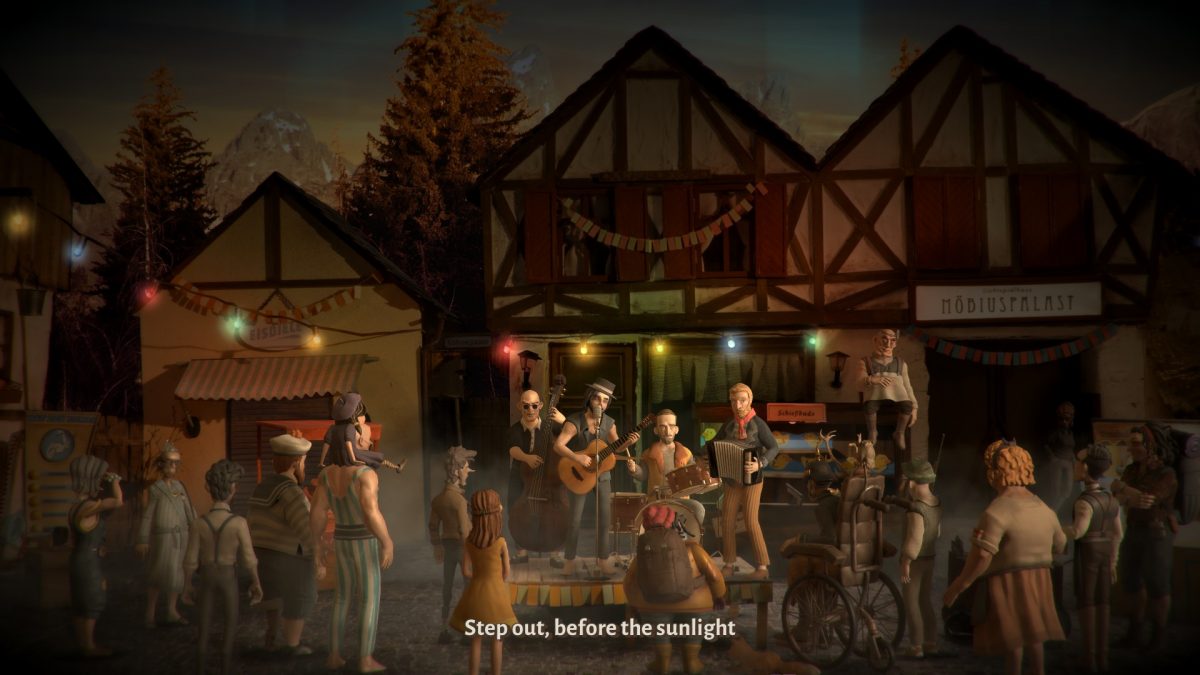 Just as Truberbrook doesn’t quite fully embrace its own wackiness, it never really fully embraces its potential as a more mature storytelling experience either. The focus of Truberbrook’s story is the mingled adventure of main character Hans Tannhasuer – who’s basically the hapless Guybrush Threepwood with glasses and a degree in quantum physics – and Gretchen: a sly, sardonic sociologist. When Hans’ research notes are stolen by a mysterious interloper while staying at an inn in the charming little town of Truberbrook, the scientific duo team up to track down Hans’ missing writings, while Gretchen pursues her own enigmatic “research”.

It’s a bit of a shame that despite the foreshadowing of some mysterious deep, dark secrets, and references to Hans’ past, nothing really comes of it. Hans trundles through his surroundings making techno-babble-filled scientific observations about the various phenomena he encounters, but never really gets too invested. He’s an American tourist on holiday that very abruptly turns into a quest to save the entire world, which is resolved equally quickly, without there really being any real acknowledgment of the stakes. Hans’ subdued voice acting doesn’t really help matters either, sounding just as emotionally detached when he’s making observations about the local flora and fauna as he does when he’s being imprisoned and experimented on by a mad professor.

The Wrong Trousers? How About the Wrong Protagonist? 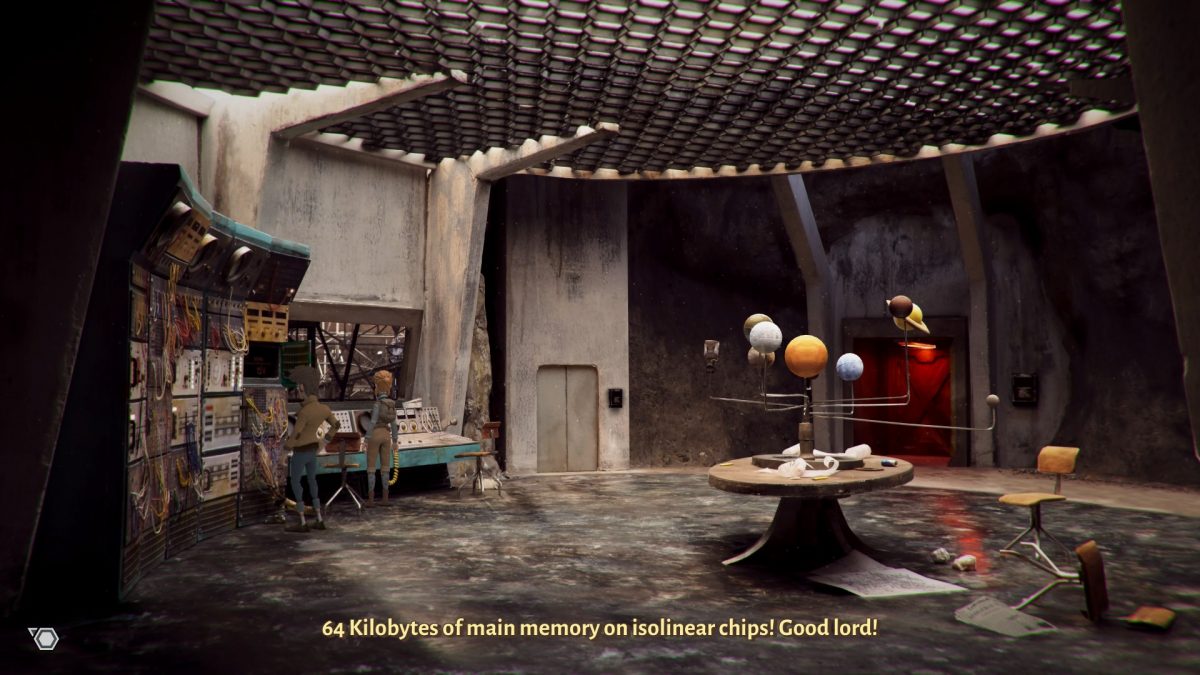 Only Gretchen has any sort of character arc that’s actually completed, and you can see some solid foreshadowing of this when you play as her during the prologue. It rather makes me wish she was the protagonist for the entire game – her real motivations slowly coming to the fore, hinted at as she wryly puts down characters she meets – instead of Hans, who’s a bit of a nerdy non-entity. All the other characters seem engineered around one-note gags like the sailor with a fear of water, who exists seemingly purely to provide Hans with a ticket for a boat ride that’s he is, of course, loathe to take himself.

When Truberbrook’s ending rolled around, I gave a nod at the little narrative little twist as if to say “ah, that’s clever”, and that’s pretty much Truberbrook’s in a nutshell: you appreciate its cleverness, but the extremes of emotion you’d feel from a great story are pretty much absent. 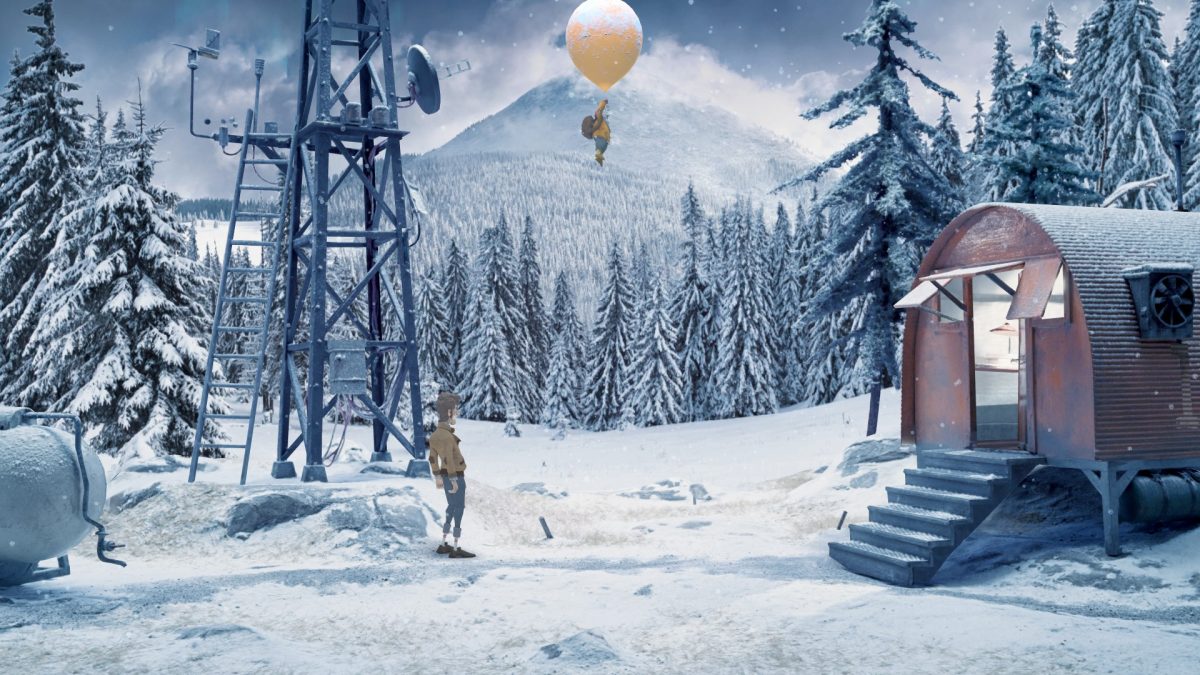 I’ll remember Truberbrook for its unique visual style, but otherwise it’s fairly forgettable. The tame, understated humour made me smirk knowingly once in a while but never really made me laugh out loud. The bloated cast of characters never really have enough time to emotionally grab you as the plot whizzes by in a flash, even as you end up wandering laboriously in circles. I’d say Truderbrook is a triumph of style over substance, but it’s not exactly triumphant. It succeeds totally on its own terms of rendering an exquisitely modelled world, but as a game, something is missing. It felt like I did when my war-gaming friends drag me to one of their conventions: I like strolling around looking at all the pretty dioramas and figurines, but the lack of real investment I have in them reminds me of why I’m a role-playing gamer instead.

Full disclosure: This review is based on a copy of Truberbrook given to Hey Poor Player by the publisher.