Reminder: the physical release is already out. 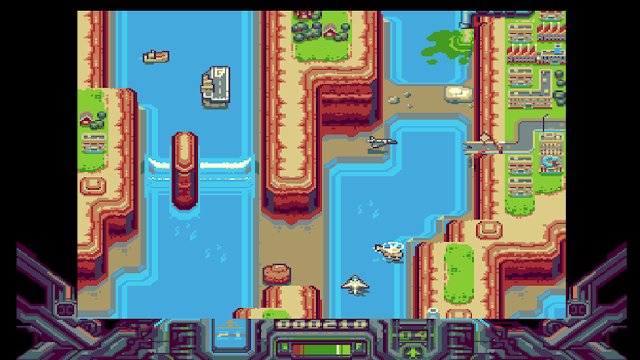 Just in case you’ve been living under a rock, yes, the Commodore Amiga PC’s still “in”, with hardware refurbishments and indie releases breathing new life into the classic gaming computers. No, yours truly didn’t just learn about this five minutes ago, and just to dispel any such notions, here’s a hot new release that’s been in development since 2016: Bridge Strike! Developed as a modern River Raid, the latest project from Project R3D (Tank Furry) finally released in physical form this past March 13th, but as reported by Indie Retro News, consumer demand has produced a special digital release coming next month. (That’s April 2019, for those who don’t bother with calendars.)

This digital edition, which comes included with wallpapers, chiptune MP3s from the game’s soundtrack, an electronic manual, and concept art, can be pre-ordered here. Of course, if you don’t care about all that and simply desire Bridge Strike, the physical game’s available here.

Will Bridge Strike be the latest addition to your Amiga collection? Let us know in the comments below!