If You’ve Played Before, Read This First 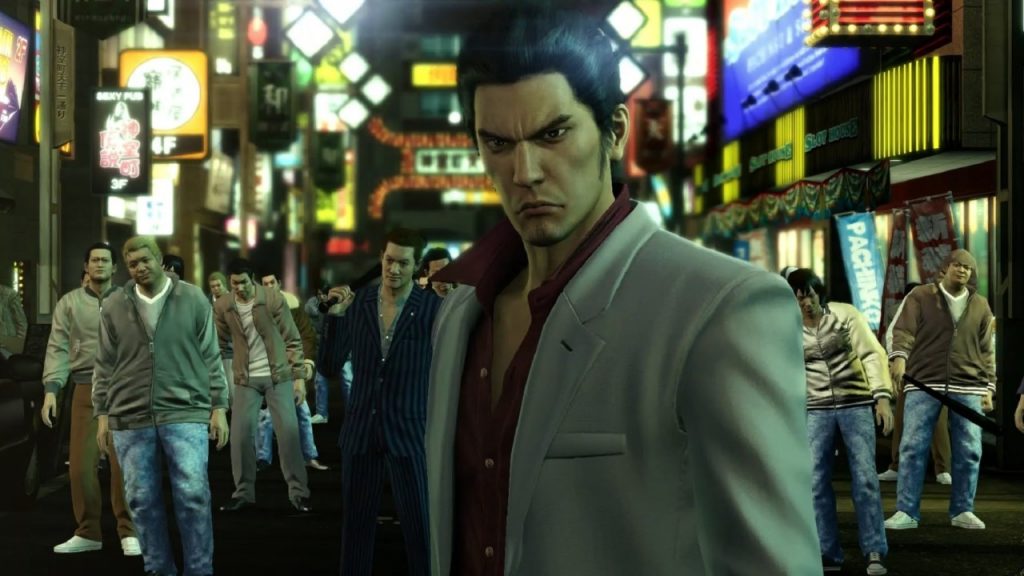 OK, for the sake of brevity, let’s get the important bits out of the way. If you’ve clicked on this review, you’ve likely played Yakuza in its original format on the PS2 or the Yakuza Kiwami remake on the PS4. If you’re wondering is it worth getting this title on PC? – And my answer is yes, it’s definitely worth doing.

The game runs smoothly on my overpowered, monstrosity of a rig. I run a Nvidia RTX 2080 with a i7 7700k, 16gb RAM with the game installed on a Samsung NVME SSD. My machine devours the game and delivers stunning visuals at a stable 130 fps. But in SEGA’s recommended specs they accommodate for a broad church of PC hardware, allowing for more budget conscious gamers to access Yakuza Kiwami in all its bloody glory.

In addition, I game on a ultrawide monitor and I’m delighted to report that SEGA built in native support for ultrawide screens.

But I can hear you screaming, what makes it so damn good on PC? Well, the array of visual settings for one, the reduced loading times – and of course – the extremely low price. Right now, you can pick this game up for about £11 in the UK or $17.99 if you’re stateside.

However, if you’re new to the franchise – like me – then take a seat, pour yourself a sake and let me tell you all about Yakuza Kiwami.

Welcome To The Yakuza 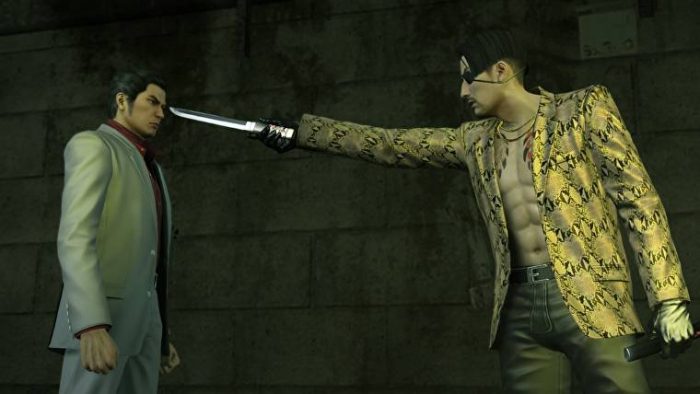 Knife To Meet You!

Yakuza Kiwami is a remake of the beloved Yakuza video game, hailing from the PS2 era. It’s the first entry in a long line of games, that initially, struggled for popularity outside of its native Japan. However, in the last few years or so the popularity of Yakuza has soared in Western nations, which prompted SEGA to remake the game with the Dragon Engine they used for Yakzua 6. But, this is only the second Yakuza game have brought to PC, with more remakes and ports on the horizon.

The game is a story-driven, third person fighting game, that takes place in a fictitious representation of downtown Tokyo, Japan. You play as Kazuma Kiryu (“Kiryu”), a stoic, but well-respected Yakuza middleman, well on his way to starting up his own organisation in the Yakuza hierarchy. This is until disaster strikes and Kiryu takes the rap for the murder of a Yakuza boss at the hands of his best mate, Nishiki.

This opening 30 minutes or so paves the way for the rest of the game. Kiryu spends ten years in the slammer and on release, finds himself in a world that has changed dramatically. He’s been excommunicated from the Yakuza, the dot com boom happened, and his best friend has turned into a right piece of shit. 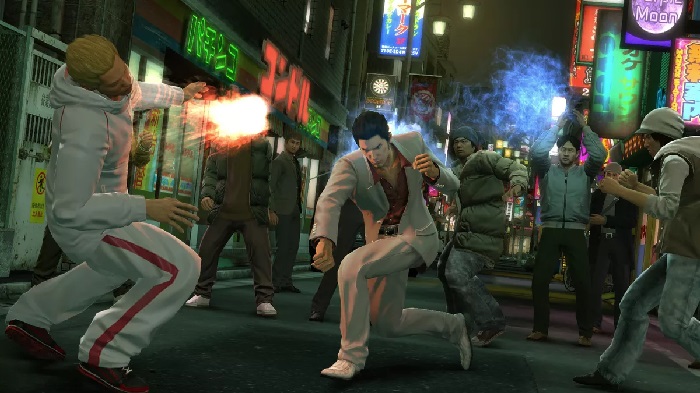 Gameplay in Yakuza Kiwami is quite simple. You quite literally punch, kick, smash and stab your way through all Kiryu’s problems. Combat is quite satisfying, with four distinct fighting styles to choose from, and an array of blunt objects to hit unsuspecting victims with.

Each combat style is unique and appropriate for a range of situations. For instance, Rush, allows you to unload a volley of frantic fists and kicks at an opponent to overwhelm them. Beast, the heavier attack mode is slower, more laboured, but allows you to do massive amounts of damage if wielded right. Brawler is my favourite, and the more balanced of the different styles.

Being a former member of the Yakuza, Kiryu is a right badass and learned a special type of fighting style called Dragon. Unfortunately, ten years in prison made him forget all about it, and so, enters Majima.

Majima is Kiryu’s greatest frenemy and probably source of the game’s best comic relief. In a unique twist, to get Kiryu to remember how to knock skulls together using dragon-style, Majima stalks him and appears at inconvenient times to test the former Yakuza. This is packaged into a system called ‘Majima Everywhere’ and the more you track down and fight Majima throughout the game, the more of the dragon skill tree you unlock.

Speaking of skill trees, including the Dragon one – there’s four. Items on each skill tree are unlocked by XP, which can be earned by fighting people, drinking, eating and participating in the wealth of minigames available.

Straddling The Line Between Comedic and Brutally Serious 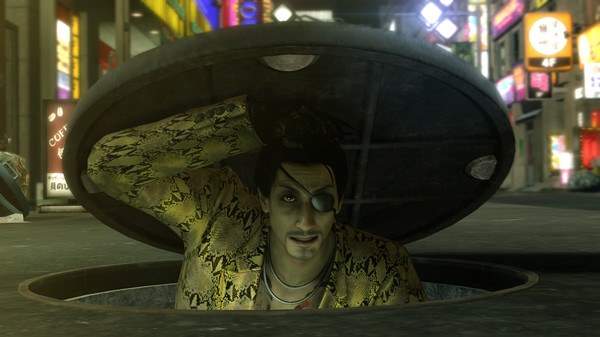 One of the most fascinating things I found about Yakuza Kiwami was its ability to transition seamlessly between being utterly side-splittingly hilarious, to unbelievably savage. Its brand of storytelling is pretty unique(!)

While it relies on the tried and tested trope of a strong, stoic male lead, that doesn’t necessarily mean it’s a bad a thing. In fact, the contrasting nature of the almost monosyllabic Kiryu compared to other, more extravagant characters is probably the most amusing thing about the entire game. It’s almost as if the world has gone totally mad and Kiryu is the only one that’s managed to keep his head!

There’s one particular scene, where after fighting Majima, and obviously beating the shit out of him, one of his henchmen comes barrelling at you with a knife – only for Majima to take the knife to the gut, scream at his minion that ‘The only person that has the right to kill Kiryu is me, he’s mine!’ to then headbutt the apologetic sod for his misdemeanour. It’s moments like this, Yakuza Kiwami effortlessly delivers comic relief with unadulterated violence. 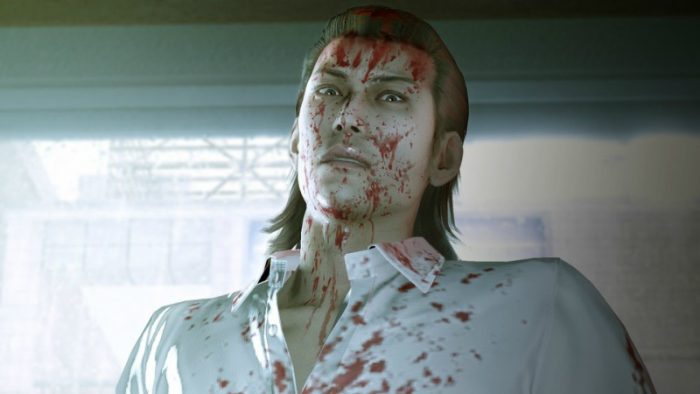 Away from punching and stabbing, you’ll spend time navigating SEGA’s interpretation of downtown Tokyo, and this is where Yakuza Kiwami shows its age. Compared to other story-driven jaunts like Assassins Creed Odyssey, Far Cry 5 or similar modern counterparts, it lacks size, scale and scope.

It has a litany of collectible, and entertaining mini-games, but Yakuza Kiwami’s side quests lack the substance of modern games. In fact, really, ever since The Witcher 3: Wild Hunt demonstrated its approach to side quests, rival AAA developers have scrambled to emulate the approach, with the Assassins Creed franchise shifting to an action-RPG series.

Side quests are limited to, typically, punching and kicking a group of thugs and ending with a short segment of text-based dialogue, which has little to no impact on the gameworld.

In addition, the actual playing area is limited in size. And I must confess, running up and down Tokyo’s streets did get quite samey by the end of my 20 or so hours with Yakuza Kiwami. You do get brief excursions to other areas, but overall, I’d have loved some variety in proceedings. 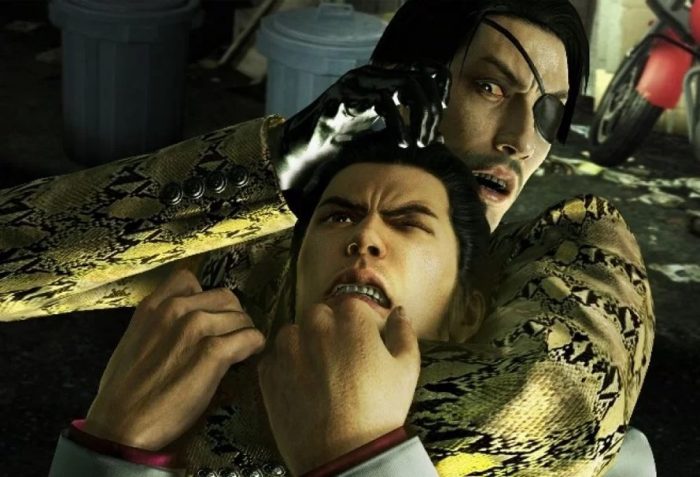 Errm, Does This Feel Comfortable?

I didn’t play the original Yakuza and the remake passed me by on PS4. But, playing this game made me a proper fan of the series: its talented storytelling team did a fantastic job of marrying light-hearted comic relief with serious undertones. And considering it’s almost 15 years old, SEGA did a great job remaking the game from the ground up with its dragon engine. But I think more than anything, Yakuza Kiwami – on PC – is a steal.

If someone asked me to describe Yakuza Kiwami in one word – ‘fun’ – would immediately pop into my head. Some games in 2019, while well developed and nuanced, don’t contain the pure unadulterated fun that Yakuza Kiwami effortlessly delivers. It’s a throwback to an era without the cynical monetisation you see in modern titles, when you were likely still living at home and playing these sorts of games after school. Clear your calendar, buy this game and solve all your in-game problems with punches and kicks.

Full disclosure: This review is based on a PC review copy of Yakuza Kiwami given to HeyPoorPlayer by the publisher. 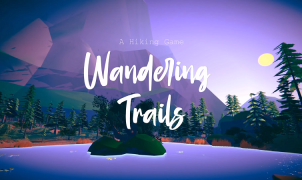