Can Lemillion and Deku smash through faulty storytelling? 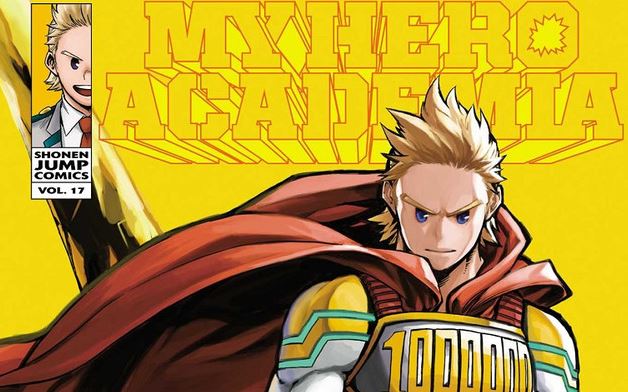 As we dive into the climax of My Hero Academia‘s Overhaul arc — the most divisive saga of Kohei Horikoshi’s wildly popular shonen — we must ask ourselves: is it really that bad? Certainly, there exist valid criticisms: the Yakuza’s a one-and-done antagonist organization, the villains themselves aren’t that interesting, and Nighteye’s Foresight Quirk reduces itself to nothing more than faux-tension. And yet, I find myself drawn to its individual moments; indeed, this is an arc propped by the strength of the series’ cast.

Mirio “Lemillion” Togata is the perfect example: having already stolen the show for My Hero Academia‘s past couple volumes, it’s no surprise he continues this streak here. As we’ll get into momentarily, Overhaul and his mafia gang fail to leave big impressions, but that doesn’t mean the arc’s framework can’t have them play into our hero’s motivations. His face-off with Overhaul doesn’t merely challenge the missteps he’s made a hero; nay, they enforce the idea of what makes a hero, proving that it takes more than beefy superpowers to earn that title. Not since All Might’s conclusive battle with All For One have we witnessed such dedication to the role, and we’re left in gaping awe as Togata steps down from battle.

Putting it this way: it’s how Overhaul’s gang complement Togata that’s engaging, as opposed them being compelling bad guys in their own right. For instance, our boiling rage at Overhaul’s abuse of Eri mirrors Togata’s own; as actual functioning characters, however, Overhaul and his minions fall flat. This isn’t to say momentary lapses like Nemoto’s devotion don’t elicit sympathy, but it’s difficult to get a bead on what, exactly, makes Overhaul tick regarding the whole “Quirkless society” thing. It’s a sensible direction for a My Hero Academia villain to take, yes, but while that vision does produce one tragic outcome, the overt contradiction of Overhaul’s willy-nilly Quirk usage renders that null. Yes, yes, I know: cue the “Yet you participate in society” comic, yet I’d at least expect some spiel on how he’s apparently exempt from that vision.

We spot a similar phenomenon with Twice and Toga: the League of Villain representatives collaborating with Overhaul’s Yakuza. Two villainous organizations working together is hardly anything new, yet it’s often been claimed their presence ultimately serves no benefit for Overhaul. (Enough to conclude they’re an incompetent detriment on his part, which we may elaborate upon in the next volume.) But for the moment, where we’ve yet to absolutely discern this and are only just learning the League’s own insidious plot, Twice’s anger at Overhaul purposefully misgendering his dead comrade or Toga roping Twice in to maintain his sanity produces a distinct duo I’m eager to witness further, even if their presence doesn’t bear fruit here. (My Hero Academia: Vigilantes’ artist in Betten Court loves these two so much he’s even provided a special illustration within.)

It’s not just about the bulging muscles. Or the Tintin-esque face. 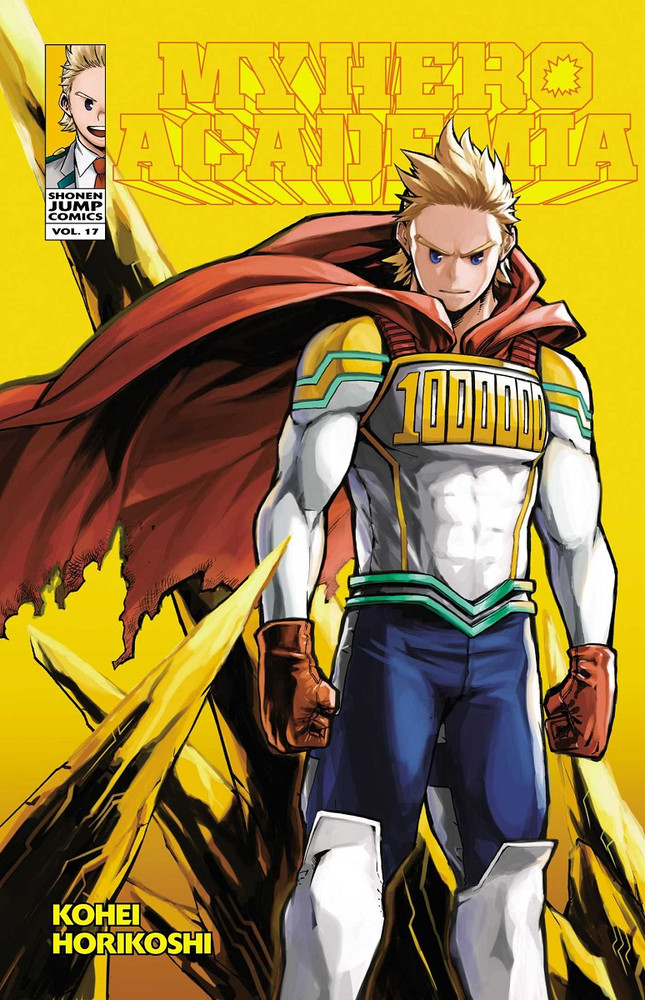 Really, the only outright blunder is Nighteye’s future-telling, which isn’t quite the tension-maker Horikoshi thinks it is. The eternal struggle facing any action shonen writer is presenting the illusionary threat of death threatening our protagonists; true, there’s exceptions found within the likes of Dragon Ball and Jojo’s Bizarre Adventure, but we know that dream-centered heroes in Naruto and Monkey D. Luffy won’t die before they’ve fulfilled their ambitions. The trick, then, is tying other lethal developments around their latest battle, thereby blending enough suspense-building chaos that obscure foreseeable outcomes and have us guessing how our heroes will escape their latest jam. Izuku “Deku” Midoriya is hardly an exception to this rule, but while Horikoshi’s balanced this “trick” just fine previously, our assured knowledge nothing will befall Deku dispel any tension courtesy of Nighteye’s ominous visions.

Thankfully, that Nighteye’s parallel of strict pragmatism doesn’t smother a certain development flag is a strong indicator of Horikoshi’s character-crafting, and this is hardly to say Deku’s brawl with Overhaul doesn’t work; really, it was only inevitable My Hero Academia would subject itself to the “Protagonist rushes in and saves the day” at the last minute (I mean, come on: why else do you think All Might’s “I am here!” demanded such presence?). When perceived from the lens of his “succeeding” Togata’s assumed future, it’s enough to even dispel any (otherwise well-founded) concerns regarding Eri’s plot-device composition, her shared “role” within the very last pages rousing us for the next volume.

There are other things here and there — the girl trio’s disappointing sidelining renders their last-minute appearance quite abrupt — but if anything, Volume 17 is a perplexing outlier in its relative success. The linearity, nebulous motives and cheap attempts at tension should unwind this climax at the seams, yet Horikoshi’s strong characters pull it through. Just as affirmed within My Hero Academia‘s incredible opening chapter, their brand of Plus Ultra renders them anything but perfunctory. 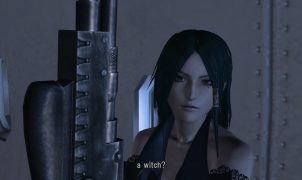