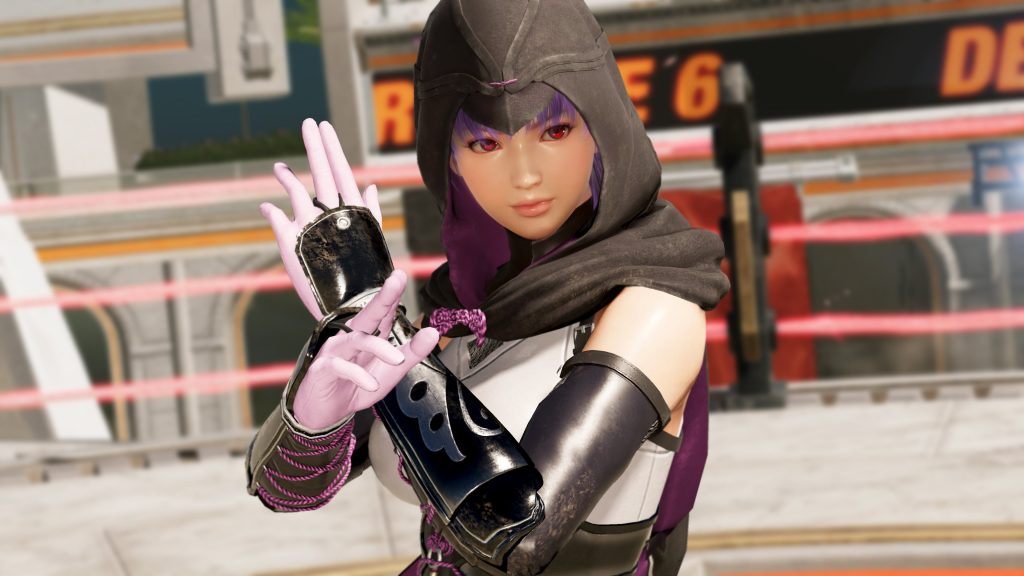 It’s been nearly seven years since we last saw a proper numbered entry in Team NINJA’s Dead or Alive series. That’s not to say it’s gone entirely under the radar. Thanks to a handful of cheeky spin-off titles released in recent years, we’ve seen plenty of the leading ladies of DOA, for better or for worse. Finally, Team NINJA and Koei Tecmo have returned with a proper one-on-one slugfest to satisfy fans of the flashy, reversal-heavy fighter franchise. Dead or Alive 6 grafts a few interesting tweaks to the time-tested formula to shake things up while offering a wealth of modes that do a solid job for preparing you for some online rumbles. The end result isn’t quite the masterpiece you may be hoping for, but it sure is fun.

Give me a break 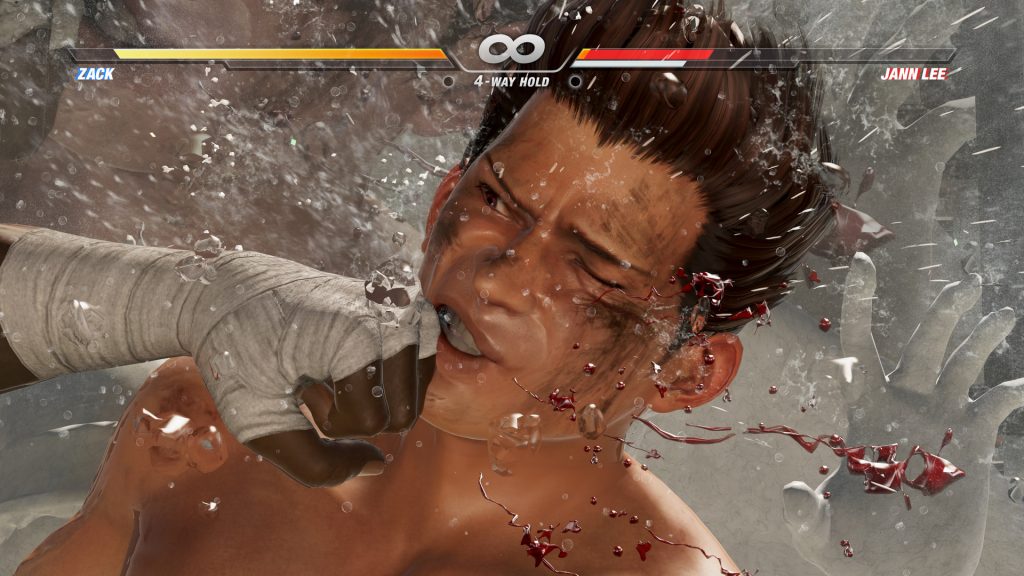 Like its predecessors, Dead or Alive 6’s combat centers around the series’ unique Triangle System. It’s a bit like rock-paper-scissors, where strikes defeat throws, throws defeat holds and holds defeat strikes. It’s a simple yet satisfying system that encourages switching your play-style up to keep your opponent guessing your next move.

Dead or Alive 6 adds yet another layer of depth to the proceedings in the form of the Break System. As you attack your opponent or take damage, your Break Gauge will gradually fill. Once at 50 percent, you can execute a Break Hold by pressing Back + R1 which can counter an attack regardless of whether it’s a high, mid, or low strike. This skill comes in clutch for switching the momentum when you’re in a pinch. However, it’s a risky proposition, as whiffing a Break Hold leaves you wide open for some punishment.

In addition to the defensive benefit of the Break Hold that the Break System offers, it also provides a pair of offensive tools that can turn the tides of a fight. Simply tapping the R1 button performs a Fatal Rush at the cost of a quarter of your Break Gauge. You can string together a Fatal Rush up to four times. And when they connect, they put your unlucky adversary in a Fatal Stun. Lastly, Break Blows, performed by pressing forward + R1, are absolutely devastating slow-motion moves similar to Mortal Kombat X’s X-Ray attacks that can really lay on the hurt.

Honestly, at first, I was unsure how I felt about the Break System. However, having spent the last week putting it through its paces, I find it does a good job of spicing up each character’s offensive and defensive repertoire up just enough to keep things exciting without sacrificing the importance of tactical play. 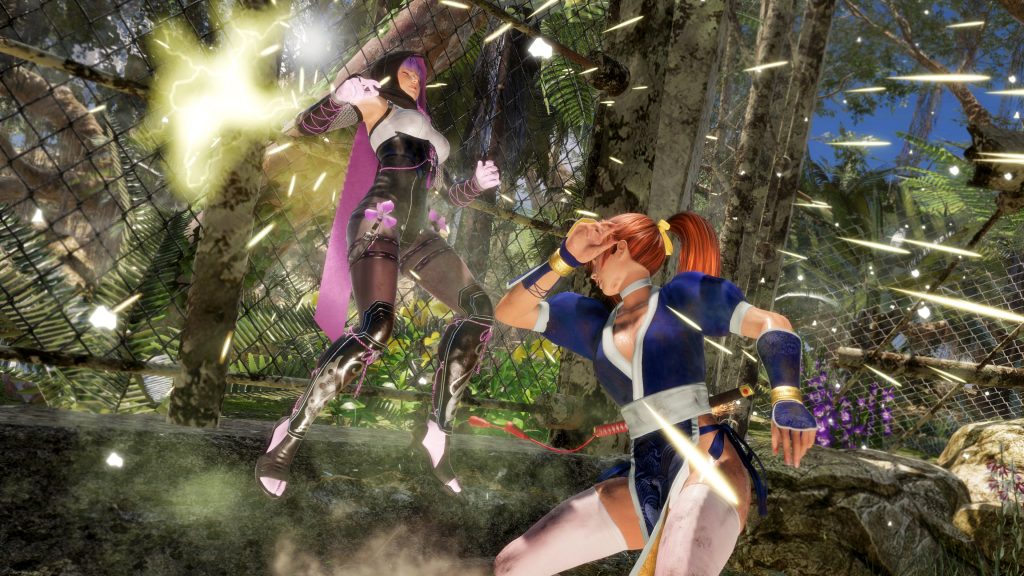 When it comes to gameplay modes, Dead or Alive 6 certainly isn’t lacking. There’s a pretty meaty story mode that fleshes out the game’s admittedly silly narrative while giving you plenty of play time with each of the 26 playable characters. Honestly, it’s a bit of a cake walk and the computer seldom puts up much of a fight. Still, it’s entertaining to watch the colorful cast of characters bare their ridiculous personalities. From Brad Wong battling it out with the demonic Nyotengu aboard a massive pirate ship mere feet from a raging Kraken in pursuit of some legendary wine to more serious cinematics showcasing longstanding grudges, Dead or Alive 6’s story pales in comparison to that of Tekken 7 or Soul Calibur VI, but it’s as over-the-top and fun as you’d expect.

Contrary to its ambitious sounding name, DOA Quest is a story-free challenge mode. The goal is to accept challenges as various characters and perform 3 objectives to complete a mission. These challenges range from performing a combo that deals a certain amount of damage to performing a particular move or skill. Winning nets you money and outfits which can be purchased in the DOA Central mode.

While admittedly shallow, undertaking these challenges is pretty addicting thanks to the near constant stream of rewards. Not only that, it serves as a great tool to learn the game’s more nuanced mechanics. It even offers a handy tutorial that does a great job of teaching you any particular abilities you’re struggling with.

The rest of Dead or Alive 6’s modes run the gamut from the usual training, arcade, time attack, and survival types. They’re not the most ambitious, but they’re a great way to prepare for competitive play.

Get in the ring 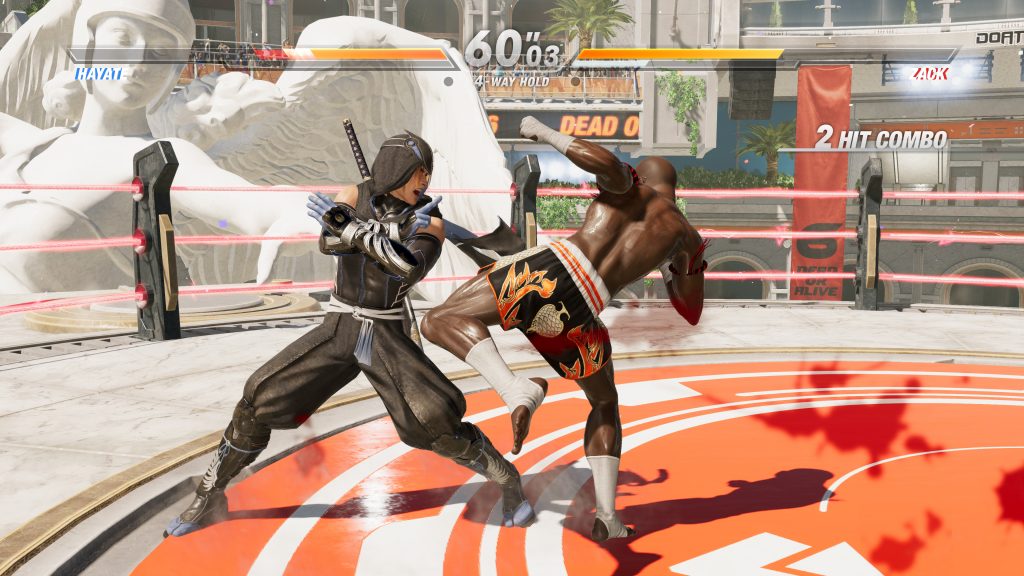 While I’ve only had a few hours to experience Dead or Alive 6‘s online brawls since the servers went live, so far they’ve managed to impress. The game doesn’t really offer any surprises in terms of modes. There are your usual Ranked and Unranked match types to partake of. And thankfully my experience over the PlayStation Network has gone largely been without a hitch. Matchmaking is fast and the fights unfold at a steady clip with little input lag. And I’ve yet to find myself or my opponent dropped from a match, which is always a plus. I also like that Dead or Alive 6’s online mode constantly awards you with unlockables while you play which encourages you to keep going one more round.

That said, if you’ve been eager to take the fight to the internet in pursuit of DOA dominance, Dead or Alive 6 will certainly scratch that itch with its silky smooth matchmaking and online performance. 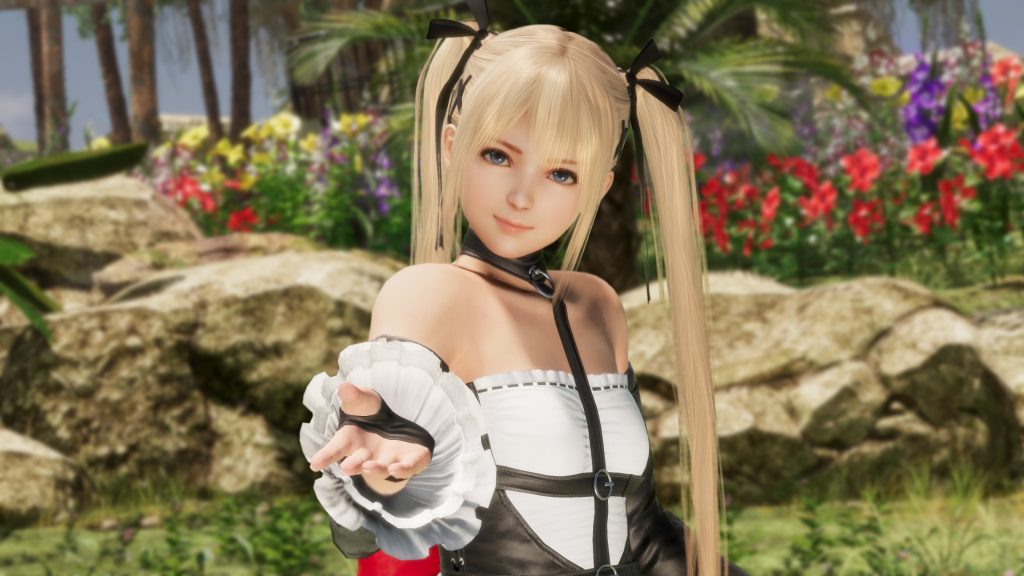 The Dead or Alive series has always been known for its striking visuals and DOA6 is no exception. Each of the game’s roster of 26 pugilists and the stages they battle in is rendered in stunning detail. This entry takes things a bit further than the previous games in the series by adding touches like bruises and sweat that appear dynamically over the course of a fight. I was really surprised the first time I saw Marie Rose’s pigtails become undone in a scuffle, or Mariposa’s mask shattered revealing her face. Simply put, Dead or Alive 6 is one pretty game.

Still, I do wish the stages were a bit more exciting. While there are a few standouts, like the dinosaur water park where pterodactyls will literally snatch up any players foolish enough to bump into their eggs and a warzone where you can toss your hapless opponent into the treads of a battle tank, most of them just aren’t as interesting as the arenas found in the past few games in the series. Though they do all feature their own gimmicks like electrified perimeters, crumbling scaffolds, and landmines that offer plenty of strategic opportunities and keep things exciting.

So, should you buy Dead or Alive 6? If you’re a fan of the series, I’d say it’s worth your gaming buck. It doesn’t shake the formula up too much, but the new Break System is a smart addition to the package that adds a touch of accessibility without sacrificing the need for strategic play. And with its wealth of single-player modes and hard-hitting online component, Dead or Alive 6 is a welcome addition to any fighting game fan’s library.

Full disclosure: This review is based on a copy of Dead or Alive 6 provided by the publisher.