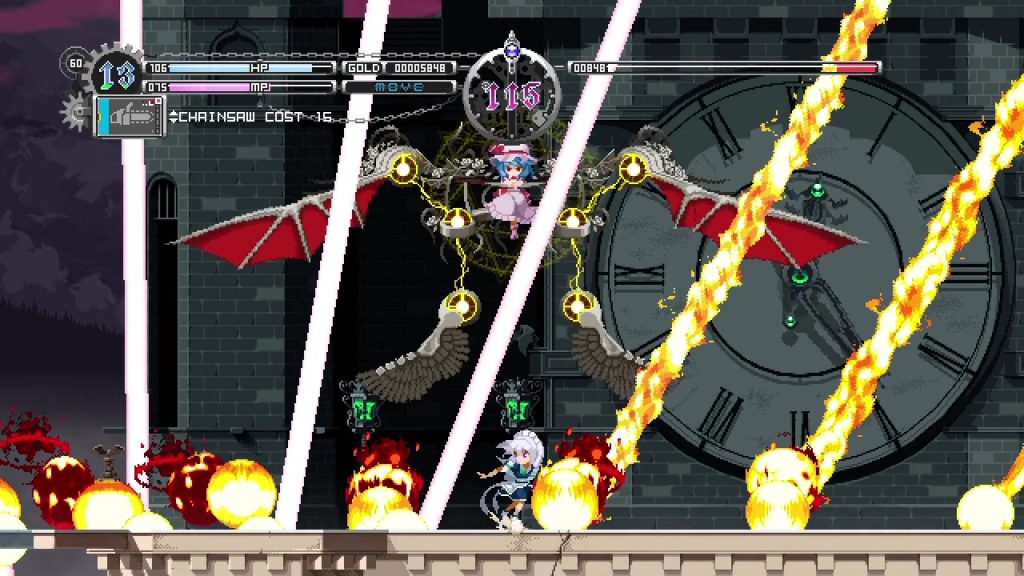 Publishers Vaka and Playsism and developer Team Ladybug have announced that Version 1.0 of Touhou Luna Nights will be going live next week.

Luna Nights Ver. 1.0 will introduce plenty of new content for players to enjoy, including Stages 4 & 5, the new Screw Knife and Shield Dagger features, and and the Yellow Aura ability which, when used, will allow Sakuya to play events in reverse while time has been stopped. Additionally, Scarlet Manor’s own Remilia will be showing up as a boss. Team Ladybug has confirmed that new features will be rolled out in the future as well, including, but not limited to, a boss rush mode and all-new stages.

A Sakuya Izayoi Fan Art Contest has also been announced, with Playism, Vaka, and Team Ladybug encouraging fans to send in their artwork of the game’s leading lady. From now up until March 12, fans can tweet their artwork to Playism on Twitter at either @playismJP or @playismEN, or share their artwork on WEIBO, with the tag #TLN_FAC. The winning artwork will be used as the official banner for a limited time.

Touhou Luna Nights will officially be breaking onto the scene with Ver 1.0 next week February 26, on PC via Steam. Will you be digging into this action-packed Metroidvania yourself? Let us know in the comments below!