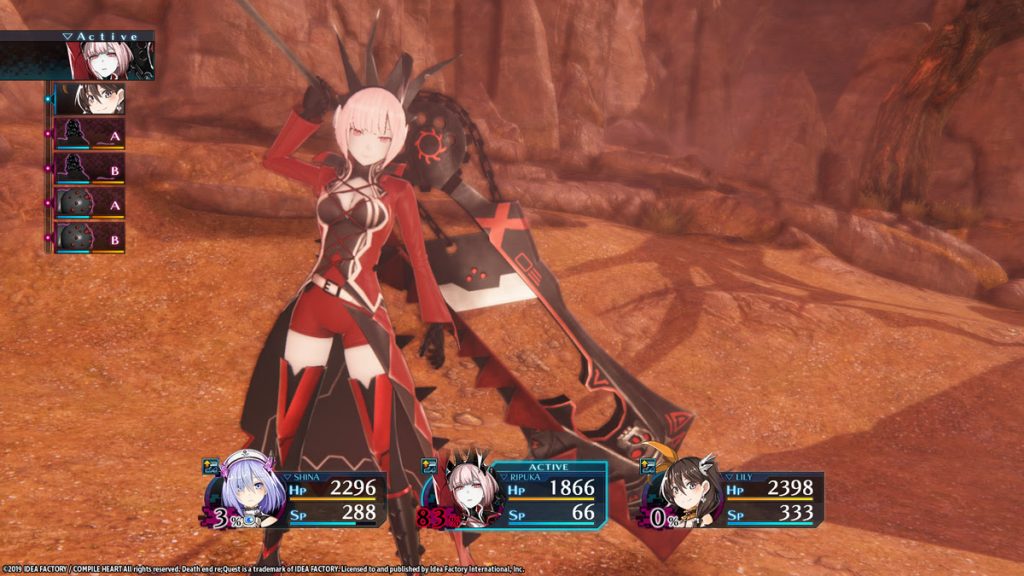 Death end re;Quest follows the story of video game programmer Arata Mizunashi who, after receiving an email from his colleague, Shina Ninomiya, who went missing almost a year ago, delves into the world of his very own game — World’s Odyssey — to save her. Playing through the game won’t be all fun and games, however. With a measly 1% chance of successfully obtaining the game’s perfect ending — the only way to free Shina — and a bug-infested world to deal with along the way, Arata certainly has the odds stacked against him.

For more information on the game, you can check out the list of key features below:

Death end re;Quest is now available both physically and digitally in North America. Additionally, a Season Pass will be available for purchase for $19.99 beginning on February 22. Still eager to learn more about the game? You can do so by checking out our official review of the game right here! Will you be battling the bugs to save Shina’s life yourself? Let us know in the comments below!