Maidens, Monsters, Magic, and Marriage? Don’t threaten me with a good time! 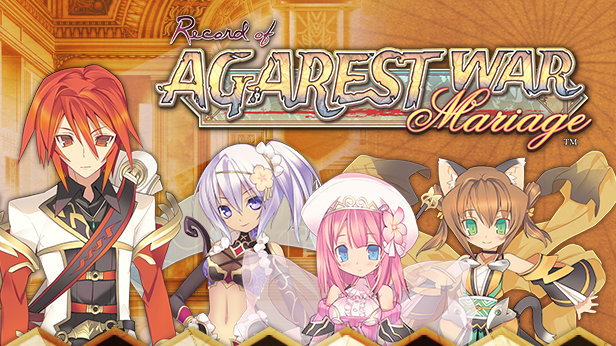 As you adventure on you will want to stop by the towns. In town, you can accept quests, outfit your party at the shops, stop by the shrine to enhance your skills, and have some downtime with your traveling companions. This downtime can take the form of a scripted outing in town or, even some private, behind closed doors, time between you and one special Maiden. These bonding moments are not just for who you will end up with at the end. They also affect the Maidens’ ability to learn certain Sacred Arts. These Sacred Arts require the girls to be at a certain affection rating with you. So, be sure to pay some extra special attention to all of them!

Watch where you are swinging that thing! 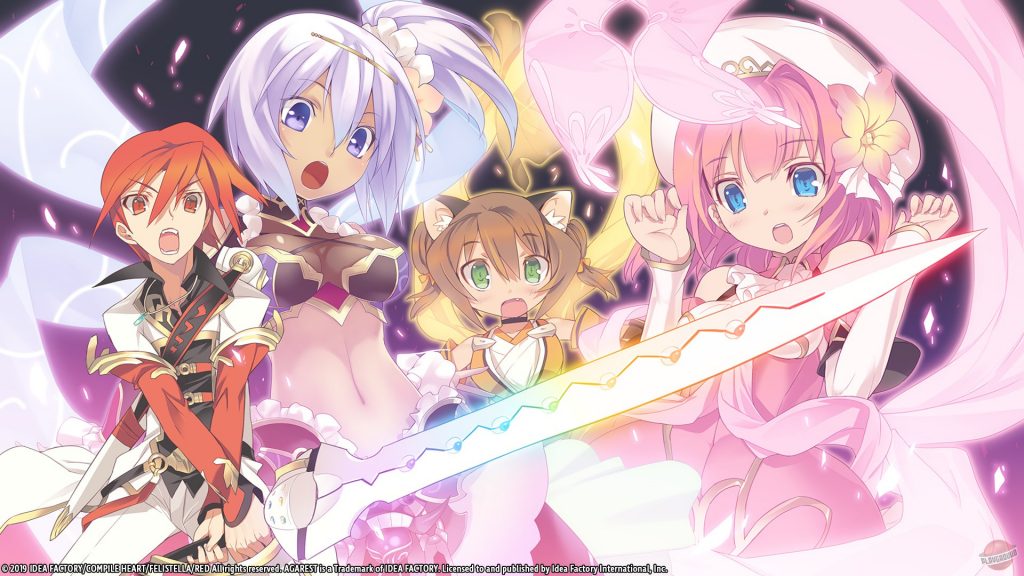 Visual novel silliness and lewd, touchy-feely minigames aside, this is actually a pretty solid RPG. Differing from the games that came before, Record of Agarest War: Mariage has adopted a turn-based battle system. No grids to be found here. There isn’t a great deal of variation in the monsters. As you go from area to area you will run into enemy recolors and bosses that are now normal enemies. It can get a little grindy; RPGs, am I right? Especially when looking for certain monster drops for quests and upgrading your skill tree and armor. This game does give you a nice little feature to kind of combat this. When you are on a path in a dungeon you can press both the left and right shoulder buttons on a controller to force an encounter. So, you can sit at the entrance of a dungeon you have explored and don’t have to run all over looking for that one monster to get that one last item you need.

Where is the party again? 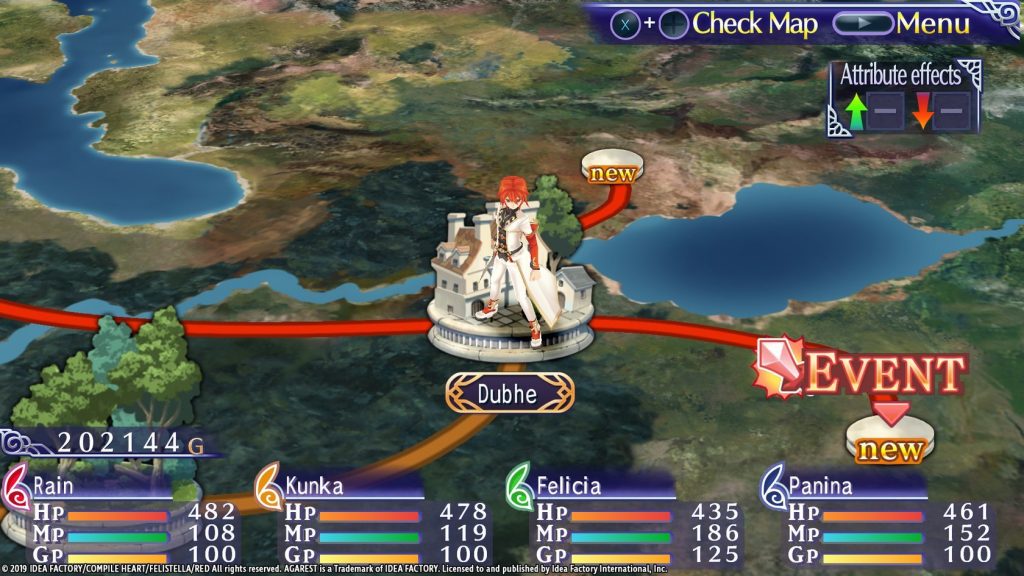 Don’t get me wrong. I did enjoy the visual novel sections quite a bit. They do a good job of fleshing out the characters and show how they grow as your journey progresses. Some of the situations can get pretty silly or cliché but, I think they fit the overall tone of the game. This game knows what it is. The “Unification Ritual”, as the game refers to it, is the touchy mini-game that you get when you have raised a girl’s affection to a certain level. The game says it strengthens the plumage by unlocking energy in certain points of the maidens’ which makes them able to use new arts or, yeah, just…just go with it. I will never be able to take this part seriously. I found myself laughing and giggling way too much because of how ridiculous it was. Also, it’s a lot of work! It’s almost like in real life!

Now, let’s remember that this is a port of a PlayStation Portable game so, the graphics are somewhat dated. Even so, I thought they suited the game. The character models are colorful and have some intricate details. While I was playing I kind of wished it was on a smaller screen. The screen seemed so zoomed in at times. It felt like I was playing on the PSP but, upscaled to my computer monitor. Screen zoom aside, I think the graphics, dated as they are, suit the game and didn’t detract from my enjoyment of the game.

I was trying to be nice… 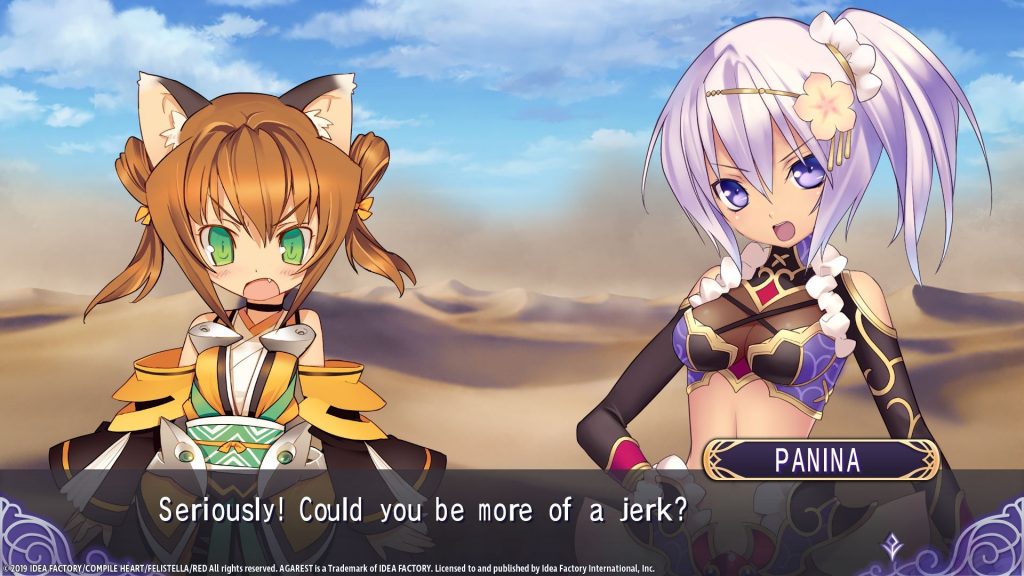 I have to say that I honestly enjoyed this game a whole lot more than I thought I would! The other Agarest entries were strategic RPGs, so I figured I might have quite a tough time getting through it. Based on what I had heard about this game I thought it may be largely visual novel events and affection mini-games with battles in between.  It was a surprise to find out this one was turn-based. That isn’t saying that the game was super easy. There are difficulty settings but, I found normal to be just right for me. You could select the hard difficulty if you wanted more of a challenge or easy if you are just in it for the story. As I had mentioned before, I did enjoy the visual novel sections, as well. While it isn’t super serious, deep RPG dialogue it was substantial enough to keep me invested in the story. Some of these are quite silly and cliché but, even so, I found them amusing as I just couldn’t take them seriously! So, if you are a fan of role-playing games and don’t mind a bit of pervy fun mixed in, give this a play!

Full disclosure: This review is based on a Steam review copy of Record of Agarest War: Mariage given to HeyPoorPlayer by the publisher.