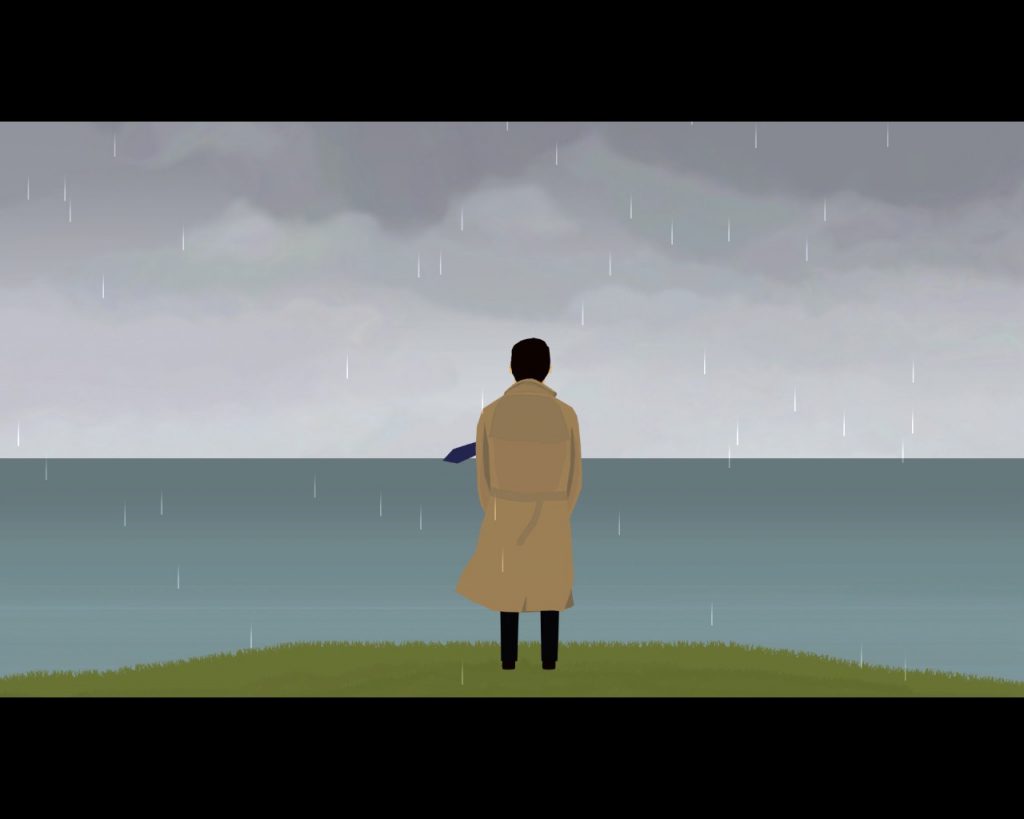 Maybe I’ve missed something major over the course of my life, but I wanted to ask where the brooding detective in the beige trench coat comes from? Has it always been the standard uniform, or did one guy start it and everyone else decide it was a good look?

That’s probably the main question I asked myself during my playthrough of Rainswept, an indie murder, mystery game set in a small town recently stirred up by a tragic murder.

While Rainswept describes itself as an “adventure game,” and it is in some respects. I got the vibes of it being an interactive story with a little more freedom than most. Its main focus appears to be its story, trying to touch upon many hot button issues, whilst stilling providing a series of well-developed characters. 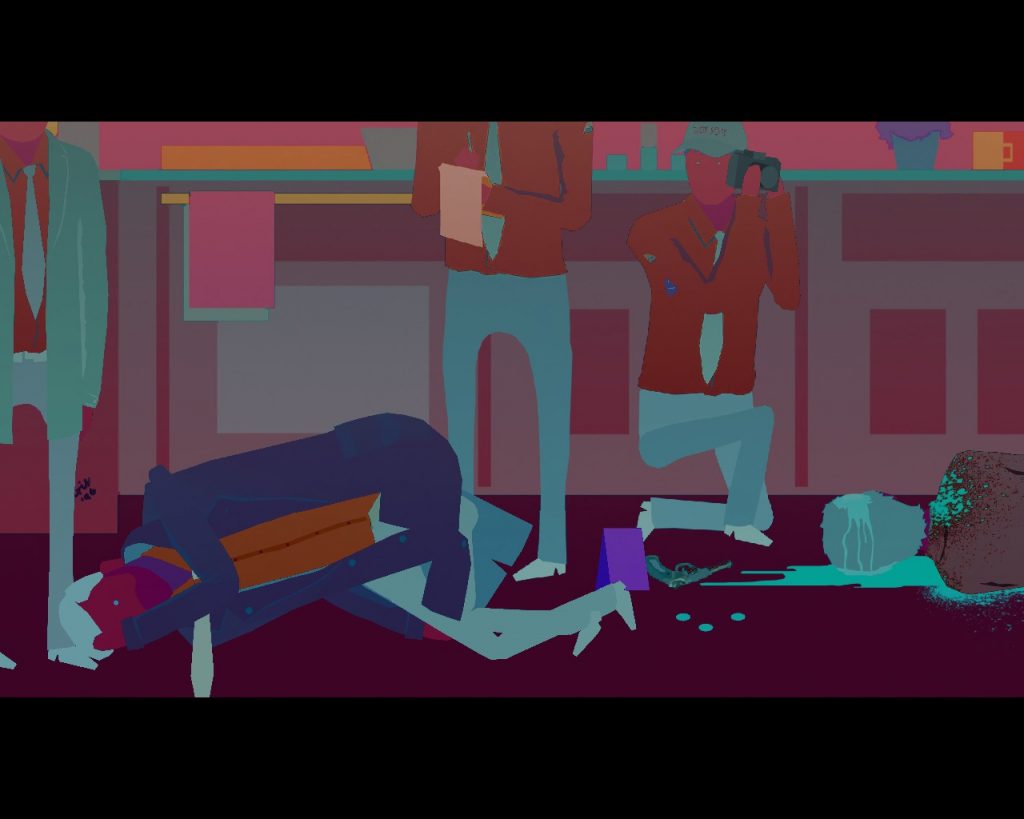 In Rainswept, you play as troubled, trench-coat wearing, chain-smoking detective Michael Stone, who has been sent to the small town of Pineview to help with a murder case. The chief of police is convinced this was just a murder-suicide and the result of an out of control, lover’s spat. But you, of course, having a more cynical world view, know better. You’re helped by your sidekick, local cop Amy Blunt, who has just kick-started her career as a police officer and is more open to your musings than her colleagues. (I will admit the moment she came on to the screen, I decided that if they kissed, I was out of here.)

While Michael talks to the zany, townsfolk and uncovers more about the case, he is also plagued by nightmares of his deceased wife and his own past trauma.

I have to admit that a lot of this felt a little generic. I can’t claim to have seen a lot of crime dramas, or played games with those themes, but it felt like the story was following a little bit of a formula. I honestly first thought that they might be trying to parody the genre, but there weren’t any jokes or references to back this up (which is a good thing as that would have been very inappropriate for a game dealing with such serious subject matters.)

Despite the typical elements, Rainswept is incredibly well written and does handle serious issues, such as rape and PTSD, with a lot of respect. I would have liked to see the writers push the dark themes further. The game comes with a trigger warning, so we could have gone even deeper into the twisted minds of the characters and gone further into their journeys. All the characters, especially the victims Diane and Chris, have a lot of care put into them and it’s clear that each character means something to their creators.

The Colourful Confusing Town of Rainswept 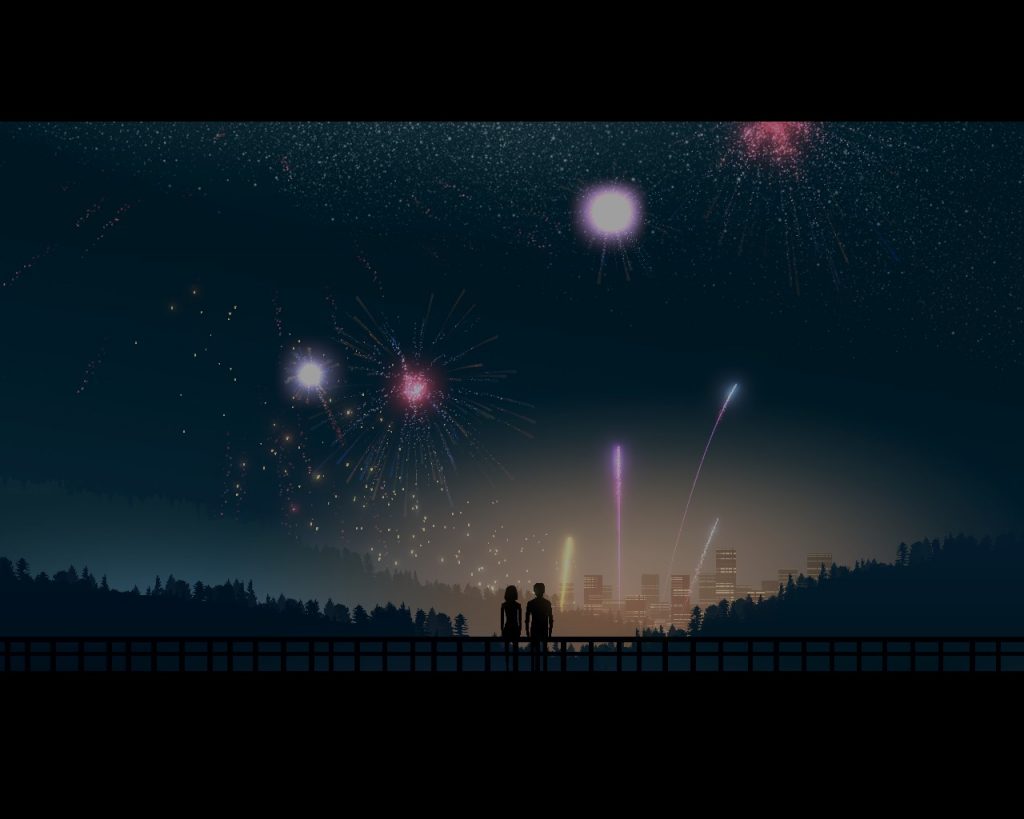 Some of the visuals in this game are really amazing. The designs of the town have great use of colour and change according to the weather. All the wide shots are really detailed and reflect the mood of the game. For example, during a flashback episode, we see the victims together on a small island, showing us the beginnings of their relationship. As their conversation goes on, the scene slowly gets darker and the colours begin to subtly change.

The town itself is designed in a real “small town” manner. The houses are super cute and colourful, squished together down and up hills in a way that reminds me of my own home city. Each area of the town is different in a subtle way (although the map doesn’t always line up.)

What’s disappointing is that the same can’t really be said of the characters. The characters are drawn in a rather “early David Firth” style (which is not a bad thing) but lack basic facial expressions. Despite ordering masses of coffee, they don’t even have mouths to drink it with! In a game with a story so gritty and real, this really takes you out of the moment and stops you becoming immersed.  The characters also run and walk in a very rough manner- the creepy priest character in particular moves like he’s doing a little dance!

The gorgeous backgrounds are also ruined by the large chunky text boxes, that occasionally cover characters and again take you out of the moment. 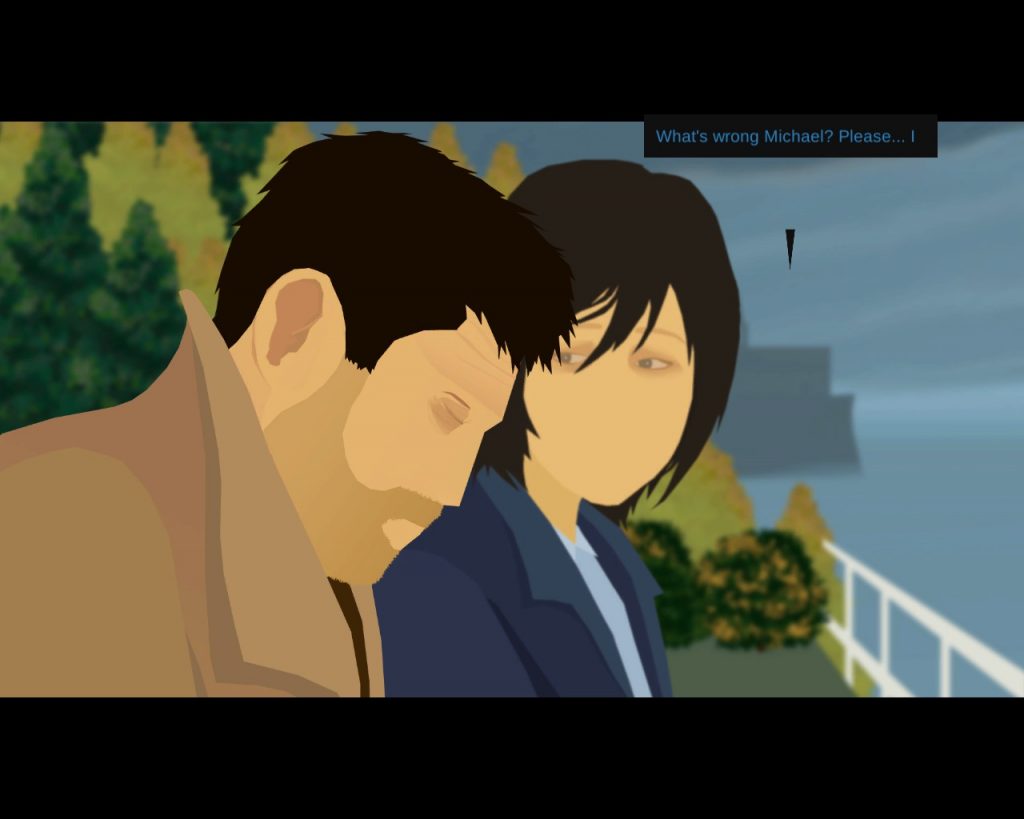 However, there are a few small things that spoil this game- such as the expressionless characters and the giant text boxes. The dialogue needs a good proof-read, as there were several errors or grammar mistakes throughout. The game also comes with multiple dialogue choices, but I’m not convinced they make much difference. I’ll admit that I’ve only played it through once, but everything I picked an option I thought would make the character I was interacting with happy, they always seemed to accuse me of lying or being sarcastic. There is no point in player choice if the options don’t shape anything or create something different.

There are also a couple of attempts at puzzles, but the answers are literally spoon-fed to you! For example, at one point, you need to figure out a lock-combination. I get that going back through all the rooms and touching everything a second time might take you out of the moment in a crime drama. But when you reach the combination, you’re literally given the answer (it’s someone’s birthday) and are then reminded how to check the date! Why include a puzzle if you’re just going to give me the answer?

Rainswept feels a little rough around the edges and needs another good going over to fix these things. I believe that all the downsides in this game are things that can be fixed on a later date, but as of now, they do spoil the fun a little. At one point a car literally flew down the street… 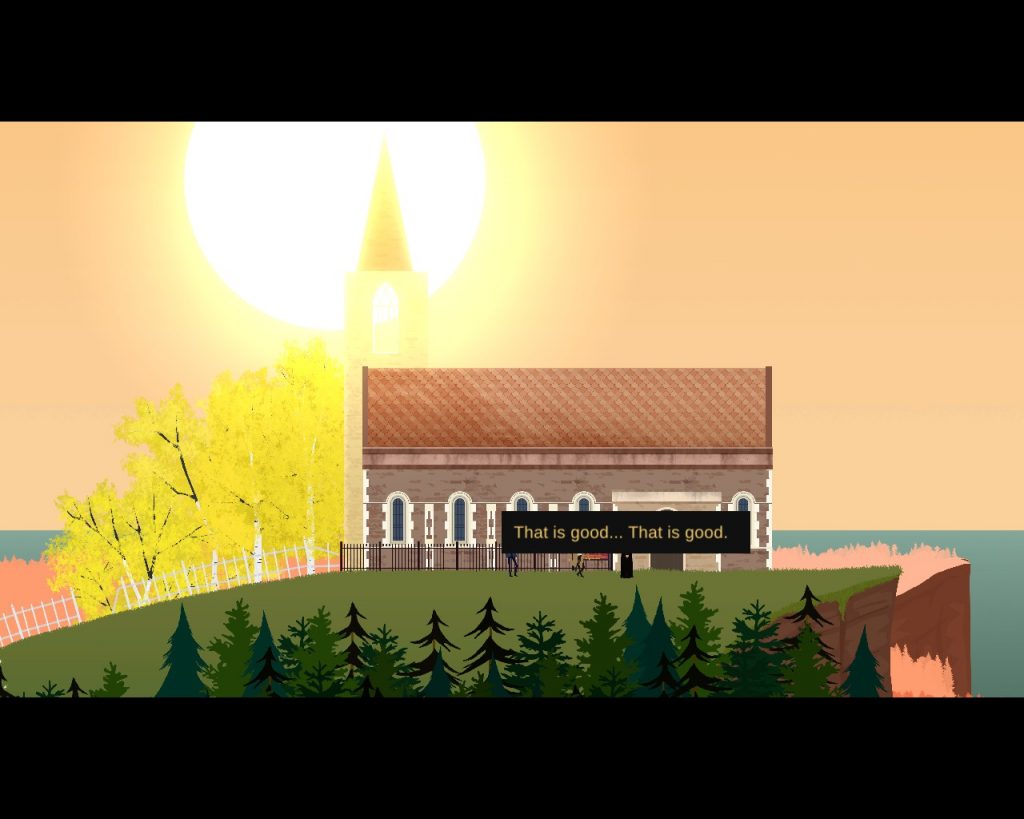 Rainswept is not a bad game, it’s well written and features an amazing, fitting soundtrack, which follows the story perfectly and draws the player into the moment. It’s just that you’re taken out of the moment, by the games small flaws. With a game as serious as this one, it’s important that the player becomes immersed and connects with the characters- but it’s not easy when you’re distracted by cars flying down the street!

As a small note, I did love dressing Michael up in the morning like my own little Barbie. That was a nice touch.

If you’re interested in the game, you should definitely play it, as it’s not a big time or money investment. But I guess, on some levels, it failed to connect with me.

Full disclosure: this review is based on a Steam Review copy of Rainswept given to HeyPoorPlayer by the publisher.