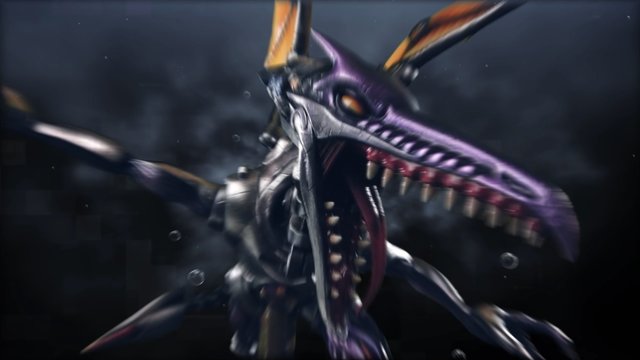 Let’s face it: Meta Ridley’s by far the coolest iteration of Samus’s arch-nemesis, and First 4 Figures seems to agree; after all, they’re making a figure! While announced several weeks ago, the model company’s YouTube page uploaded in-depth previews and Making of videos showcasing their latest masterpiece. Check out Meta Ridley’s majesty below:

Yowza, check out the detail on that thing! As seen above, Metroid Prime‘s toughest boss comes packaged into two different editions: Standard Edition, which only includes Glow in the Dark functionality, and Exclusive Edition, which includes both Glow in the Dark and LED functions for the eyes/chest plate. Both share the same cost ($599) and dimensions/weight, so the more casual Metroid fan might not want to fret too much.

(Interesting note: the video states Meta Ridley will be the first of the “Metroid Villain Series” — does this mean we can expect ghoulish statues of Mother Brain and Dark Samus down the road?)

For those interested in the intense modelling work, Alex and Chockey of F4F break down the process above, but be sure to set some time aside: it’s just over an hour long!

Will you be giving the Meta Ridley First 4 Figures statue a place in your collection? Let us know in the comments below!