Some good news to kick-off the New Year! 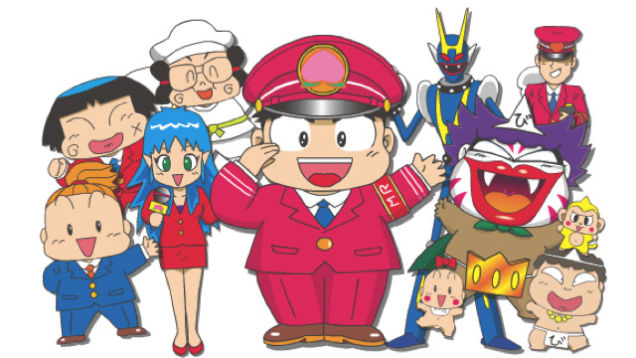 Ever hear of Momotaro Dentetsu? Unless you live in Japan or are a hardcore import buff, you probably haven’t, and things can get downright confusing  considering the series was derived from another Hudson-born RPG series named Momotaro Densetsu (notice the switched T and S).  Both based on Japan’s “Peach Boy” folklore — where a boy born from a peach takes on demons with his animal friends — Densetsu was a retro RPG series and Dentetsu — the game we’re covering today — is a Monopoly-esque board game where players cruise about on trains and airplanes while making business deals.

(To explain the similar names: “densetsu” is Japanese for “legend” and “dentetsu” means “electric train”; in other words, a pun!)

We could elaborate on the series’ Japanese fame (it apparently sold 10 million copies by 1998 — imagine how much that’s multiplied over twenty years later!) or creator Akira Sakuma’s, ahem, “grievances” with Konami’s direction for the franchise, but there’s more pressing matters to discuss; namely, that Mr. Sakuma recently suffered from a heart attack. As reported and translated by NintendoSoup, the 66-year-old Mr. Sakuma was out dining with his wife when an acute heart attack led to ambulances and urgent ICU care.

Thankfully, Mr. Sakuma has pulled through, is conscious, and will be discharged within five days. His wife has asked fans not to worry for his condition. While NintendoSoup reports his health condition has required his dismissal from Momotaro Dentetsu, we at Hey Poor Player hope Mr. Sakuma will witness its legacy for years to come.

Are you a Momotaro Dentetsu fan breathing a sigh of relief? Let us know in the comments below!

Our newest editor Burtacamoose takes smashes through your city, leaving behind nothing but a retro review for Rampage for the Master System.