A World of Wonder Awaits 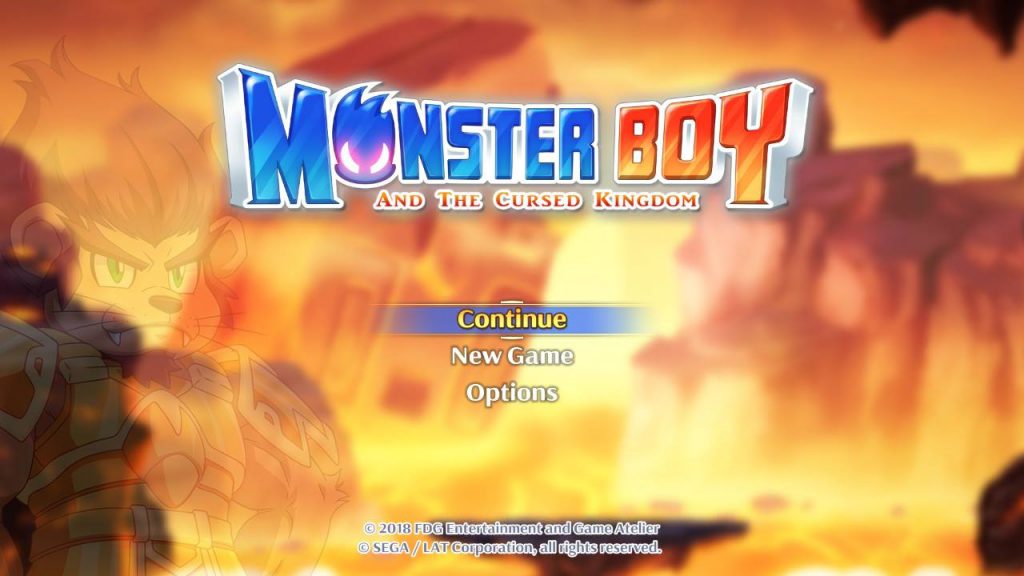 As an early teenager, I developed a major appreciation for the game Dragon’s Curse for the TurboGrafx-16. Originally a game that I’d sneak over to my Uncle’s house to play, it eventually became one of the games that would prompt me to request a TG16 of my own for Christmas. Later, I would come to learn that this was actually a remake of a game called Wonder Boy and the Dragon’s Trap – one of many other games in the Wonder Boy series. Unfortunately, the Japanese release of Monster World IV in 1994 marked the final release in a series that was cut down well before its time.

I’ve remained an undying fan of these games ever since and still revisit them on a near yearly basis. So, it came as a huge surprise to me when Wonder Boy and the Wizard of Booze surfaced via Kickstarter in 2015! Finally, one of my all-time favorite series was making a comeback! Three years and an E3 preview later, this long anticipated title has finally made its way from development limbo and into my waiting arms as Monster Boy and the Cursed Kingdom. I couldn’t recall the last time that I was this excited to dive into a review, but I was also worried that this game would prove to be a letdown on account of my lofty expectations.

The story begins with our hero, Jin, enjoy a relaxing day of fishing off the pier. Suddenly, he is interrupted when his drunken uncle, Nabu, arrives onto the scene whilst riding a flying barrel and wielding a magic scepter. Surprised by this and wondering as to what is going on, Jin decides to don his sword and shield to give chase. Ultimately, this leads to Jin being transformed into an eyepatch wearing pig by a curse imparted by Nabu. Upon discovering that the rest of the kingdom has also being transformed into humanoid animals, Jin sets off on an adventure to collect the sacred orbs necessary to break the curse and also to see what madness has afflicted his dear uncle. An unfortunate end to a day of fishing for Jin but the beginning of a fantastic adventure for us!

Action In The Face of Danger 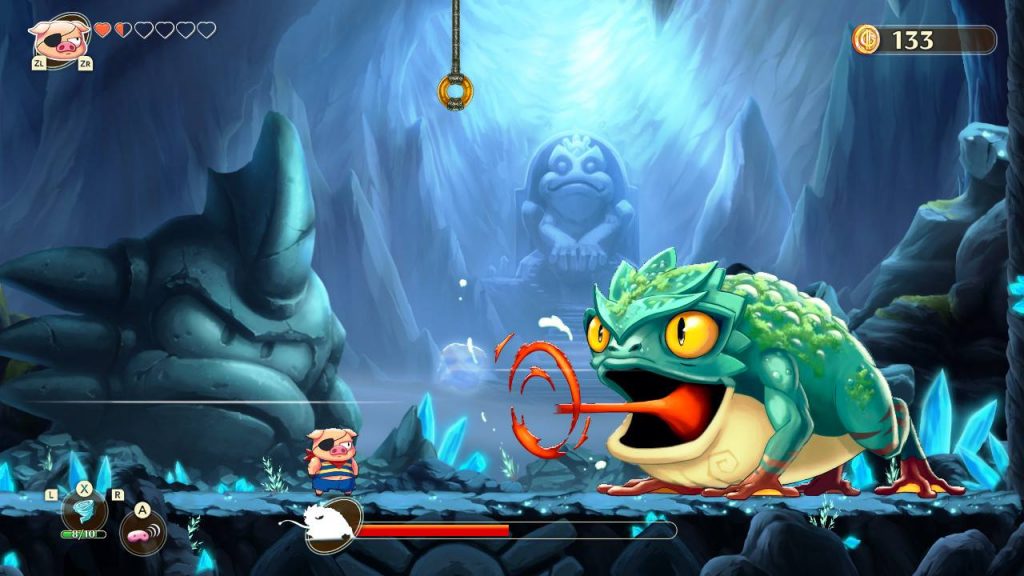 The gameplay consists of action RPG platforming where the player will traverse a variety of beautifully rendered locales all of which exist as one massive interconnected world. Early on, players will only have access to the pig animal form. While in this state, players can sniff out various secret pathways. In addition, by discovering and consuming a variety of hidden magic truffles, the pig form is also able to use a variety of potent magic spells both for combat and for the sake of exploration. After acquiring each sacred orb, however, Jin will acquire a new animal form which will provide him with new abilities and additional means to both battle and explore the world. Animal forms can be swapped between at the press of a button which works both as a matter of convenience and also as a means for the developers to create platforming challenges which require the abilities of multiple monster transformations to accomplish. 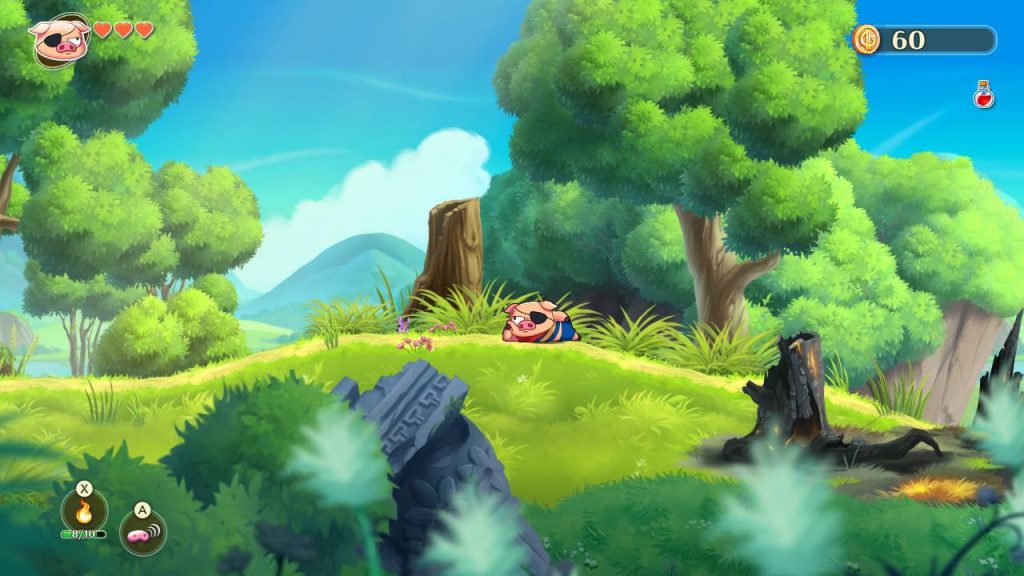 In addition to the monster forms, new equipment can also be acquired either by way of store purchase or by discovering it in treasure chests in the field. Every piece of gear in this game comes with an ability that will either be used to affect your combat or allow for access to new world locations. In addition, through the use of jewels that can be located, the town blacksmith is able to unlock additional abilities in each item.  By equipping an entire set of fully upgraded gear you will gain access to an additional armor set trait as well!  Though I’ll admit that I was more partial to some gear than others, it was very cool to be able to mix and match armor pieces in order to make armor sets that felt useful for any particular situation.

Difficulty, something that I usually look forward to in a game, never managed to be a factor for me during my play experience. Despite this fact, I never once felt that the experience suffered for this in any way. Bosses were very well animated and I enjoyed learning the strategies necessary to take each of them down. Each gorgeous new environment made me eager to see what new enemies I would encounter or what new treasures I would discover to fill in my equipment menu. And some of the puzzle platforming segments will have working your brain a bit to figure out how to go about surmounting them. 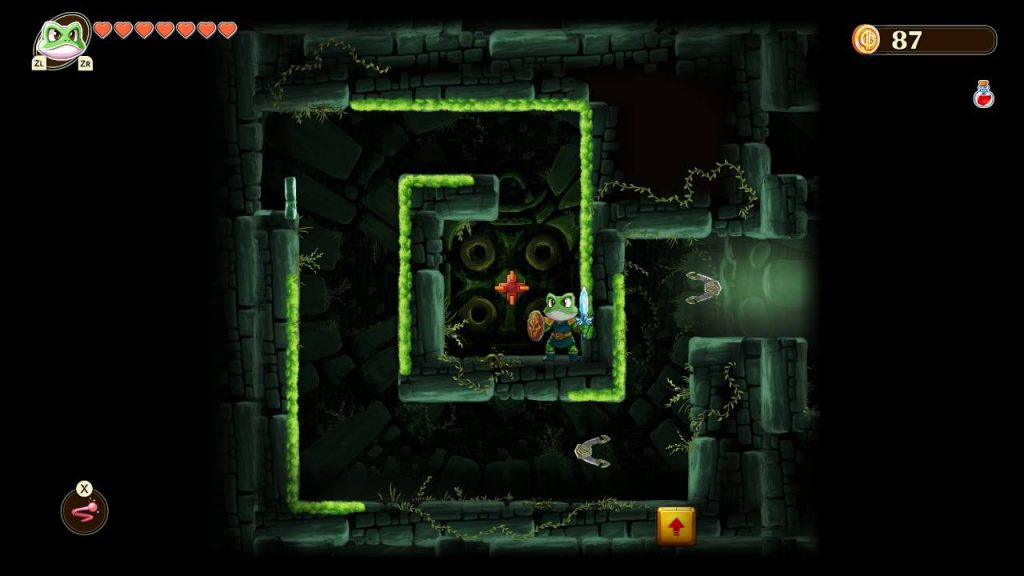 For as much praise as I’ve given the visuals in this game throughout the review, I’d be remiss to not also mention that the soundtrack for this game is an absolutely splendid piece as well. It is comprised of a number of new renditions of classic tracks from Wonder Boy and The Dragon’s Trap as well as a number of new and original tunes as well. The list of composers that have lent their talents to this production is the stuff of legends featuring such greats as Yuzo Koshiro, Michiru Yamane, and Motoi Sakuraba to name a few. There were a number of times, most notably in the case of the track played in the “Green Fields” area, where I found myself enjoying the music so much that I decided to put the controller down and just let the track play while I performed small chores around the house.

A Wonder For A New Generation 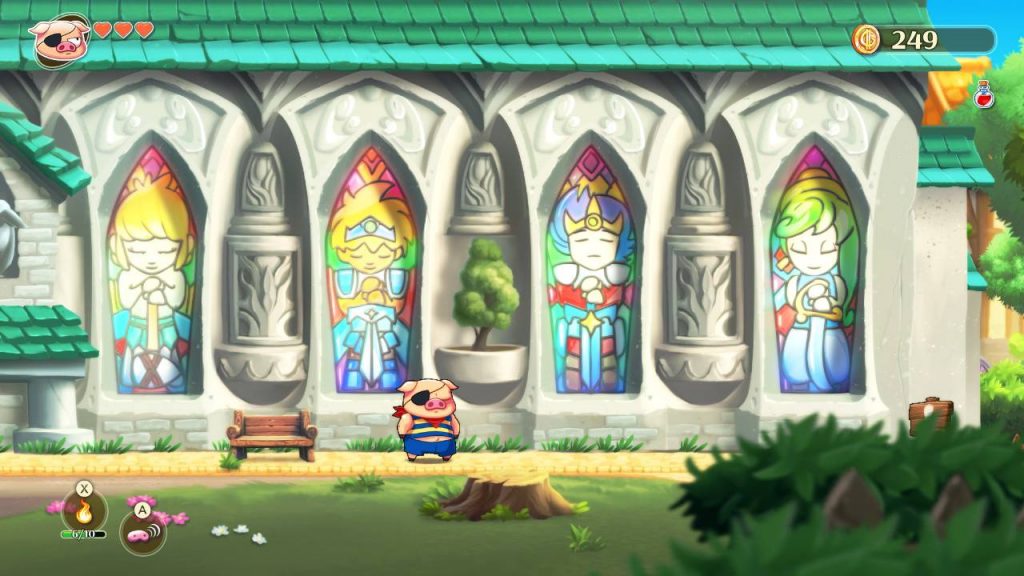 Given the amount of time since the previous game in the series, the time that it spent in development, and my own lofty personal expectations, this game could have gone wrong in quite a number of ways.  However, reflecting back on my time with Monster Boy and the Cursed Kingdom, I can’t help but feel like everything that I could have wanted in this game was realized in spades. Throughout the entirety of the experience, a smile remained imprinted on my face. Believe it or not, I actually feel a little saddened whenever I’d see the total exploration percentage increase on the map because it meant that there was more of the game’s world that I’d never be able to experience for the first time again.

Now, don’t get me wrong,  I would have been ecstatic to have received a longer quest, more monster transformations, more abilities, and more – well, you get the idea. But, even without those extras, I have come away with having experienced what has become one of my favorite game releases of 2018 and a title that will likely be re-experienced in the future in the same manner that I replay Dragon’s Curse. If you are even slightly interested in action adventuring platforming, graphics resembling those of a top-tier cartoon, quality gameplay, or just fun in general then I wholeheartedly recommend that you give Monster Boy and the Cursed Kingdom an opportunity to hop and slash its way into your heart.