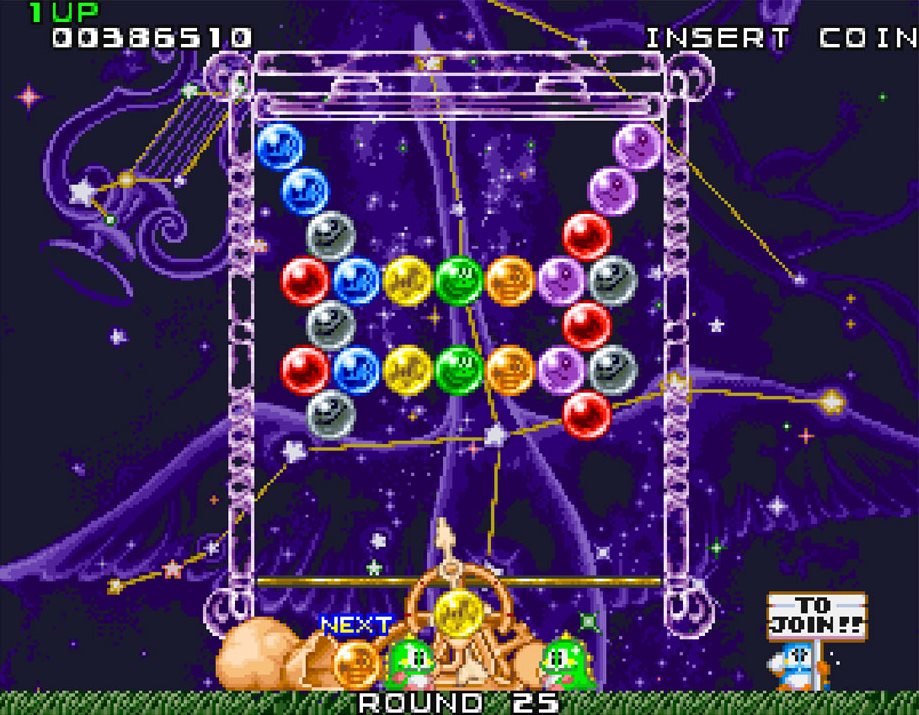 Seriously, who doesn’t love Puzzle Bobble? Originally released in 1994, Taito‘s timeless bubble-busting puzzler has been gobbling countless hours —and quarters— from countless players for nearly a quarter century. Now, starting tomorrow, PlayStation 4, Xbox One, and Switch owners will be able to put the fear into some spheres when Puzzle Bobble releases digitally as part of Hamster‘s ACA NEO GEO lineup.

In case you’ve been living under a rock for the past few decades, Puzzle Bobble is a “match three” puzzler in the vein of Magical Drop and Puzzle de Pon in which brothers “Bubblun” and “Bobblun” have been transformed into dragons by an evil witch. To return to their human forms, the pair must match colored balls and create combo chains to progress through dozens of challenging stages. It’s a simple, time-tested formula, but one that’s still just as addicting now as it was when the game first released 24 years ago.

ACA NEO GEO Puzzle Bobble will be available tomorrow, December 20, on the PlayStation Store, Xbox One Store, and Nintendo Switch eShop for $7.99.

Will you be diving into this legendary puzzler when it releases tomorrow? Sound off below and let us know.