Boy, is this getting long in the tooth. 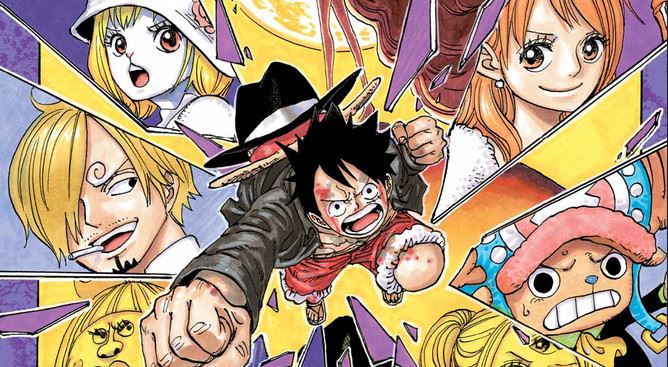 In One Piece Volume 87, we previously discussed Eiichiro Oda’s penchant for false prophecies — specifically, his infamous “estimates” on arc longevity– and I now find it imperative to elaborate further on an interrelated lapse in protracted arc climaxes. Be it Skypiea or Dressrosa, much of One Piece’s more substantial arcs tend to drag, often devolving into chaotic chases, endless explosions, and panel after panel of Luffy and the big bad duking it out as everything falls to ruin. Sure, there’s a cathartic release in the big parties and shocking reveals afterwards, but there’s a reason many fans look forward to the condensed volume releases: without the weekly crawl, the pacing’s generally far more palatable within an hour-long read.

I am saddened to report that’s not the case with Volume 88, as I’m already exhibiting the very same impatience during the initial serialization. As I’d just come around to the initial Big Mom pursuit in the last volume, this is doubly disappointing, but I can’t hide my feelings knowing we’re now two volumes into Whole Cake Island’s never-ending chase, and for all this volume’s chaos and action, nothing actually, uh, happens. Luffy is still fighting Charlotte Katakuri and losing miserably. Nami, Jimbei and the rest of the Straw Hats are still on the lam from Big Mom and her top soldiers, and repeatedly jump out of the fire and into the frying pan. Sanji, Pudding, and Chiffon are still baking a euphoric cake to satisfy Big Mom’s hunger, and continue baking said cake. Isolated incidents occur throughout – most notably the tragedy of Pound — but they never resuscitate the volume’s debilitating crawl, and knowing that we’ll be enduring another whole volume of this can wear down any reader.

Not that the astute fan can’t recognize the purpose behind this chase sequence: Luffy can hardly be expected to topple Big Mom now, so an Emperor’s top general is the next best step; in fact, I’d even admit Katakuri, Oven, and Brulee are great villains in substituting for Big Mom’s hunger-pang dementia. Meanwhile, Sanji’s goal of “defeating” Big Mom via cooking is the perfect method to round out his current character arc, and Jimbei’s certainly filling his niche as a viable Straw Hat. As readers following the Weekly Shonen Jump serialization know, the ramifications will certainly rattle the world of One Piece for any and all ensuing arcs, but we’ve known this from the very moment Luffy and co. resolved to infiltrate Big Mom’s lair. To spend ten chapters emphasizing “Big Mom and her crew are super tough and repeatedly shrug off the Straw Hats’ assaults” — in other words, illustrating the Straw Hats are in serious doo-doo — is exciting and compelling; to do it again without so much as a foreseeable ending is, in a word, exhausting.

Not feeling this one, Oda. Sorry! 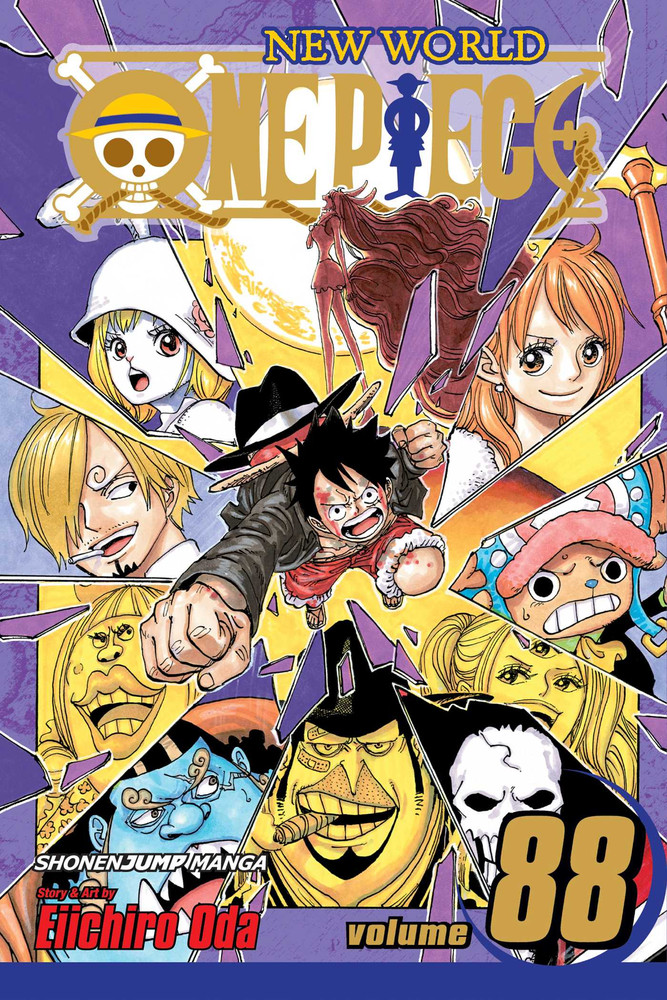 Much of this has to do with post-timeskip One Piece‘s bad habit of jumping around and not letting certain sequences breathe — for all of Whole Cake’s sluggishness, it maintains a bizarre juxtaposition in rapid-fire exposition, namely Big Mom’s children still being introduced one after another, often tossed aside after one panel and never to be seen again. Carrot tapping into her previously-unseen Sulong powers may be satisfactory revenge for Pedro (and, perhaps, an enticing taste of what’s to come with the Mink/Straw Hat alliance), but when juggled alongside the return of Germa 66 and Jimbei’s pirate crew, it’s all simply too much in a way that’d make even Dressrosa blush, as not even that arc’s influx of characters and dragged-out climaxes continually smothered its most rousing moments.

Really, I’m being harsher on Volume 88 than it deserves — being my favorite manga, it brings me no pleasure to downplay One Piece‘s stronger elements, and there are certainly good moments within. I like Sanji winning over friend and foe alike with his cake’s otherworldly taste, found Pound’s tearful farewell to the family he never got to meet as possibly Whole Cake’s most poignant slice of drama, and the secret behind Katakuri’s sacred “teatime” as absolutely hysterical. Having long since deciphered Oda’s penchant for ironic humor, the moment the three chefs begin elaborating on this hallowed ritual, you instantly start laughing because you know what sort of joke is coming and the ensuing page brilliantly surpasses our expectations. I dare not spoil it, but it’s very possible that if you don’t laugh here, you may want your funny bone checked.

But it’s because I love One Piece so much that I simply cannot pretend everything’s okay. As opposed to Fishman Island’s rushed sloppiness leaving a bad first impression for the series’ timeskip, Whole Cake insists on checking boxes that’ve already been signed. To claim this arc’s entirely void of character and heart would be silly, but its frenzied, misguided pacing renders it merely serviceable. (As if that wasn’t depressing enough, I just discovered this chase spills into the otherwise excellent Volume 90. Yikes!)

I Expect You To Die 2 Review: From VR with Love Ah, Agent! So good of you to come, we’ve been expecting you! You see, Zoraxis is back at…