Did your favorite song make the cut? 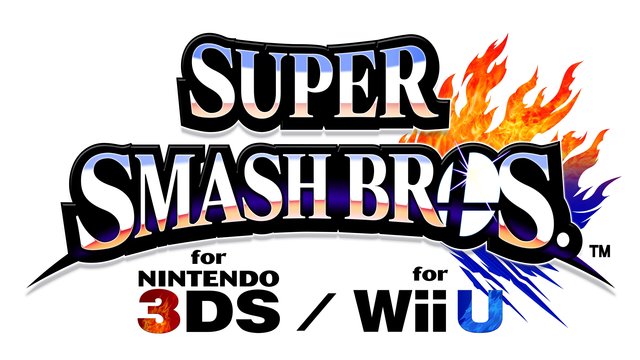 Hey all, Anthony here! With just two days away from Super Smash Bros. Ultimate, we at Hey Poor Player wanted to celebrate its hotly-anticipated launch, and what better way than a send-off to Super Smash Bros. for Wii U and 3DS? Released in 2014, the pair of Nintendo slugfests didn’t just provide endless hours of entertainment: they featured a veritable boatload of musical remixes from renowned game composers. Be it takes on Mario‘s world-famous theme to the bleeps and bloops of Pac-Man, over one hundred arrangements in all were available for our listening pleasure, and we wanted to pay homage by listing The Best 25 Smash Bros. for Wii U/3DS Remixes!

Naturally, such an undertaking would take some considerable effort, and that’s why I signed on fellow coworker Kenny McCee to help out! Between the both of us, we narrowed down the selection to 25 songs; needless to say, we were forced to impose painful cuts along the way, with Route 10 (Pokémon Black and White), Green Greens Ver. 2 (Kirby) and Mario Paint Medley just missing the boat. (The last one’s a fan-favorite, I know; blame Kenny.) Regardless, we’re quite proud of the final list, so we’d mighty appreciate it if you’d sit back and join us in looking back on the past four years of Smash Bros.!

Anthony Says: Full Disclosure: I don’t particularly care for The Legend of Zelda: Spirit Tracks. Being The Wind Waker’s number one advocate, this is a painful admission to make, but I cannot hide my true feelings —  I find the train cumbersome, the controls frustrating, and the touch interface not even half as imaginative as its predecessor: the otherwise-mediocre Phantom Hourglass. That hardly means I can’t recognize great music for what it is, however, and Michiko Naruke continues her legacy of outstanding Smash output in Full Steam Ahead: the source game’s acclaimed train theme.

Much like Rio Hamamoto’s Gerudo Valley, Naruke doesn’t undertake any elaborate deviation, instead calling upon the original Celtic instruments that made the original such a classic. It is as eager as it is wistful, an adventurous duality perfect for a railroad brawl upon the ever-dynamic Spirit Train. Not so fitting for the Wii U’s returning Temple stage from Melee, perhaps– you’d think it’d be a perfect choice for The Wind Waker‘s Pirate Ship stage — but regardless, it’s a classic, straight-up remix brilliantly capitalizing upon the original’s composition.

Kenny Says: This arrangement by Yoshihito Yano may be labeled as a remix of Ice Cream Island, but, in reality, it’s more akin to a Kirby’s Adventure musical parfait. Not surprisingly, the remix – which accompanies the Dreamland (64) DLC stage – begins with an even happier version of the already-chipper Ice Cream Island which, rather than outright replacing its original NES glory, builds upon the 8-bit melody already present with a slightly more modern sound backed up by a frantic, but pleasingly light, backbeat. While “ice cream” may not be the first food that comes to my mind while I listen to it (I’m still not sure what food I would compare it to, actually), its fun and sugary sounds most definitely make it a treat for the ears.

That’s not all you get with this song, though!! Following the main musical entre (is that even a valid metaphor for something I compared to a parfait?), the remix then abruptly jumps into a three-song succession comprised of bite-sized bits from the boss, level clear, and victory dance themes. While each short, this brief musical segue helps clear up any monotony that could otherwise be accrued by the main theme alone, and are a fun ending addition to the song – like sprinkles on a sundae! …Or a parfait, I guess!

Kenny Says: Hopping to it on the 3D Land stage in Smash 3DS and the Mushroom Kingdom and Super Mario Maker stages in Smash U, Shota Kageyama’s Super Mario Bros. 3 Medley is almost a Super Mario adventure in and of itself. Beginning with the game’s Athletic Theme, this lighthearted arrangement keeps things going with its playful re-imagining of the main W1-1 melody, with its smooth bass and whimsical xylophone undertones, before carrying its players onto an extremely short victory theme, and then whisking them away to a clean and modern-sounding World 4 Map theme featuring tickling woodwinds whose subtle understatements perfectly compliment the lead melody and continuing bassline.

Things only pick up from there, with the fourth part of the medley featuring a rendition of the infamous “vs. Hammer Bro./mini boss” theme which once again dips into the territory of being somewhat playful, just to build it up and end with – surprisingly enough – the “death theme” (or whatever you’d like to call it), pausing, and then starting all over again. With so many different songs featured within this medley, it’s hard not to find at least one that doesn’t tickle your fancy – making it a perfect tune for Super Mario Bros. fans to listen to while they Smash it up.

Arranger: Manaka Kataoka (The Legend of Zelda: Breath of the Wild)

Anthony Says: Masahiro Sakurai may’ve eventually regretted including Animal Crossing’s more laid-back themes, but let’s face it – the series isn’t exactly known for vigorous music, and that hardly dismisses the efforts of Smash’s sound team. Bubblegum K.K. and Kapp’n’s Song may expertly subvert this mellowness, but I find myself drawn to Manaka Kataoka’s reprisal in Outdoors at 7 p.m. (Sunny) / Main Street – a melancholic piano arrangement for Town and City echoing the original’s moodiness (well, the former track, at least) while keeping a steady, hypnotic beat to drive the action home. Check out that subtle xylophone.

Aside from having us reflect on those chill nights in Animal Crossing: New Leaf, what’s especially interesting is its successful fusion of two tunes. Not every Smash remix has smooth transitions, but thanks to Kataoka diving deep into Animal Crossing history – the careful ear will certainly recognize GameCube Animal Crossing’s fish catch theme — both songs gel together quite nicely. Given the Animal Crossing stages’ competitive popularity, it’s probably not a song you’d want to close a hot-blooded tourney, but Kataoka’s talent shines through.

Kenny Says: The Mysterious Murasame Castle was a Japan-exclusive NES game, featuring gameplay steeped in Japanese lore, and traditionally Japanese-sounding music to match. Because of that, you might think that a remake of the game’s main theme would hold onto that traditional Japanese feel. But Shohei Tsuchiya? Well, he had different plans for its Smash Bros. debut – because this arrangement is anything but traditionally Japanese.

Featured within the Wii U version of the Duck Hunt stage, the Murasame Castle remix featured in Smash is the most weirdly Westernized version of a Japanese song that I’ve ever heard… but I kind of totally dig it. While the melody, quite obviously hasn’t changed, its instrumentation has deviated about as much as it can. Largely gone are the traditional Japanese string and wind instruments, their place having been filled with a trumpet and saxophone duo – with a bamboo flute solo thrown in partway for familiarity’s sake – turning the song into something that feels less akin to Japan, and more so something that you’d hear during a festival taking place within Mario Odyssey’s New Donk City (which hadn’t been released at that time, but whatever). It’s strange, but ridiculously catchy. A bold and brassy big-band feel might not be a good fit for most traditional-sounding Japanese music, but this amazing remix just goes to show that it’s clearly not impossible!

New Smash Bros. Trademark Pops Up, But Don’t Get Too Excited