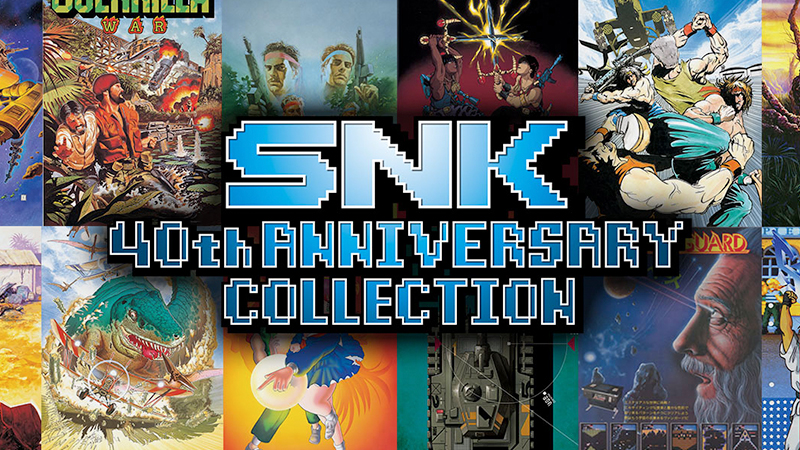 SNK is undoubtedly best known for the Neo Geo and its stable of unforgettable fighting game franchises such as Samurai Shodown, Fatal Fury, and The King of Fighters. However, the Osaka-based developer was making a name for itself long before those iconic red cabinets began invading arcades in 1990.

The SNK 40th Anniversary Collection is a veritable time capsule of that bygone era. It features 14 games released between 1981 and 1990. However, this number is somewhat misleading. You could technically bump that number up to 21, as many of the included titles, such as P.O.W., Athena, and its sequel Psycho Soldier include both the arcade and NES versions. While not every game on this collection is an absolute masterpiece, developer Digital Eclipse (the team behind the previously released Mega Man Legacy Collection and Street Fighter 30th Anniversary Collection) has done a great job of preserving these pieces of history in a glossy, feature-rich package. 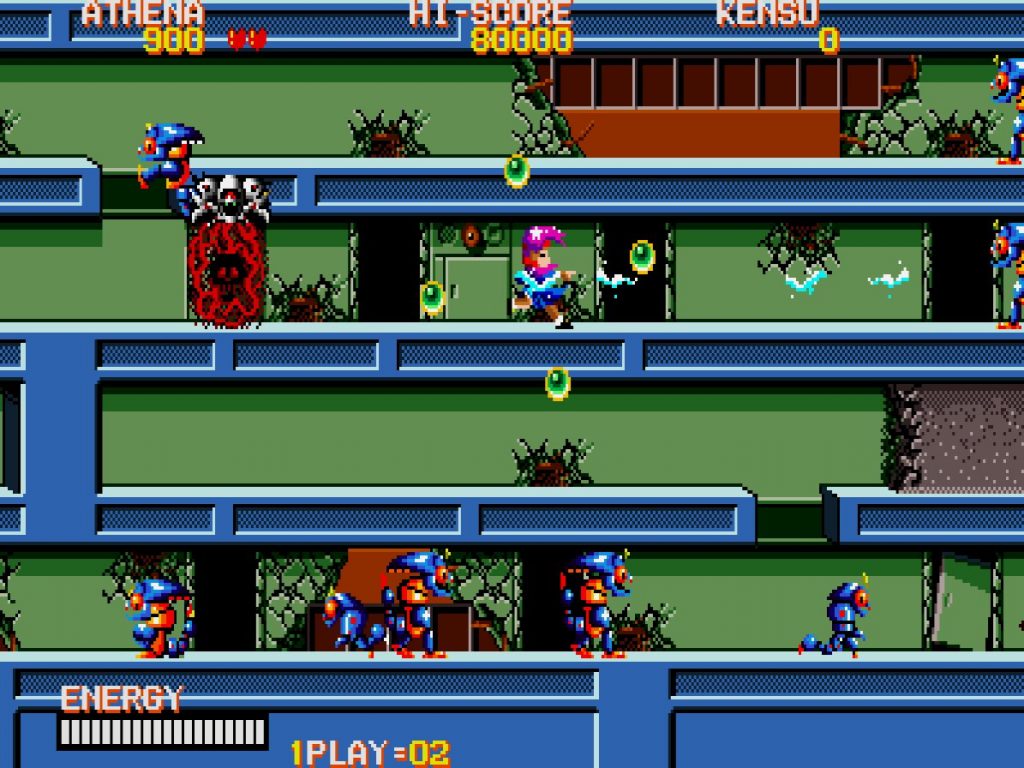 The games included in the SNK 40th Anniversary Collection span many genres. There’s a slew of run and gun shooters to scratch your itchy trigger finger like Ikari Warriors, Ikari Warriors 2: Victory Road, Ikari III: The Rescue and the absolutely fantastic Guerrilla War, for those of you who want to get your Che Guevara on (the NES version was a favorite of mine growing up). And if shoot ’em ups are more your thing, have no fear! The collection sports spacefaring classics like Vanguard and Alpha Mission alongside the delightfully cheesy dino-blasting action of Prehistoric Isle. Of course, no retro compilation is complete without side-scrollers. And this set is no exception, featuring such gems as Athena and Psycho Soldier, the latter of which has the honor of being one of the first games to feature a fully vocalized soundtrack.

While there are more than a handful of fantastic games in this collection, my personal favorite of the bunch is Crystalis. This little-known NES action RPG is without a doubt one of the most well-crafted adventures of the 8-bit era. It has everything; a sprawling world to explore, fast-paced combat, clever puzzles, and challenging boss battles to overcome. And even though the game made the jump to the Game Boy Color in 2000, I’d like to think the Switch is a far superior option for exploring the nuclear wasteland on the go. That being said, if you’ve yet to experience Crystalis for yourself, now is the perfect time to do so. 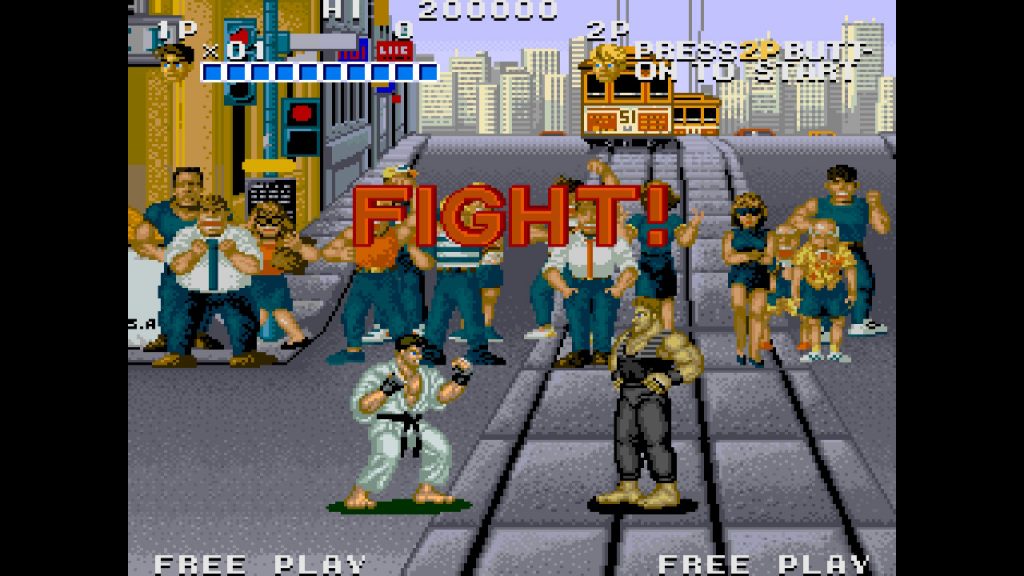 Street Smart may look nice with its large sprites and smooth animations, but that’s about all it has going for it.

That’s not to say there aren’t any stinkers in the bunch. The one-on-one brawler Street Smart may look great with its beefy sprites and punchy animations. However, the combat is dull and repetitive. And no amount of warm and fuzzy 80s nostalgia can shield us from the fact that Ikari Warriors really is a very, very bad game that’s borderline unplayable. Protip: press “A-B-B-A” when you die (and you’ll do that a lot) to respawn instantly. You’re welcome.

Personally, I gladly would have traded both of those titles in favor of Baseball Stars. Why Digital Eclipse opted to exclude such a classic is something I’ll never understand, as it’s probably one of the best sports games of the 8-bit era.

Still, these are minor quibbles. The vast majority of the games included in the SNK 40th Anniversary Collection are a real treat. And with 11 more games set to release as free DLC next month including such classics as Beast Busters, Time Soldiers, and Bermuda Triangle, there’s more than enough on offer to keep even the most jaded retro gamers occupied for quite some time. 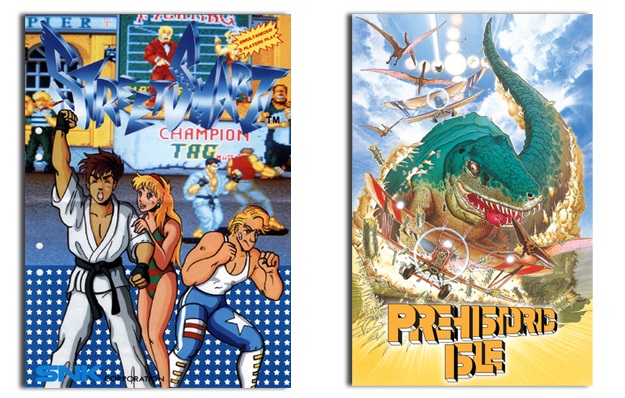 The folks at Digital Eclipse have already shown their prowess at preserving classic games with their previously released Mega Man Legacy Collection and Street Fighter 30th Anniversary Collection for Capcom. And though the emulation for the SNK 40th Anniversary Collection is perfectly serviceable, it isn’t exactly flawless. For example, there was some noticeable screen warping during my time with Guerrilla War whenever the screen was scrolling. Additionally, some games felt like they played a fair bit faster than their original arcade versions, which admittedly takes some getting used to.

While these issues are certainly annoying, the good certainly outweighs the bad here. For starters, the twin-stick controls Digital Eclipse added to Guerrilla War and Ikari Warriors are a decent substitute for the rotary joystick controls featured in the original arcade versions of Ikari Warriors and Guerrilla War. The only downside to this control scheme is that it makes it impossible to play these titles cooperatively with just two Joy-Cons. That’s not a big deal, though. The NES versions of both games included in the collection make this a pretty easy issue to overlook.

While these games are direct ports of their arcade and console counterparts, SNK 40th Anniversary Collection does provide some welcome bells and whistles to help usher them into the modern era. For starters, every game in the collection includes full save support. And, just as you’d expect, there are a handful of visual filters that replicate the look of playing on a CRT.  One of my favorite features, however, is the ability to watch a tool-assisted playthrough of each arcade game – a handy tool for learning strategies to your favorite games. You can even take over at any point in the video if you feel so inclined. How’s that for convenience?

Back to the Future

While the games are obviously the star of the show. But what’s just as impressive is just how above and beyond developer Digital Eclipse went to preserving over a decade of SNK history in this collection. There’s an unbelievable amount of marketing materials, concept art, Japanese guides, and informative slideshows packed into the Museum Mode that detail the history of dozens of games the studio developed between 1978 and 1990. As someone who’s been a lifelong fan of SNK’s work, I loved poring through this treasure trove of video game history. Another nice touch is the inclusion of a jukebox that allows you to enjoy BGMs of all the games included in the bundle. Though it’s a shame the English vocal version of the Psycho Soldier theme is strangely absent.

If you’re an SNK die-hard or just a fan of retro gaming, there’s an awful lot to love about SNK 40th Anniversary Collection. Though I can’t deny the fact that not every game has aged well, the vast majority of the 14 games featured in this bundle are well worth your time. And with 11 more games coming to the set in just a few weeks for the cost of zero dollars, you’ll have enough retro gaming goodness to keep you busy for quite a while.

And again, if you haven’t played Crystalis, you really need to address that issue ASAP. Trust me, you’ll thank me later.

Full disclosure: This review is based on a retail copy provided by the publisher. 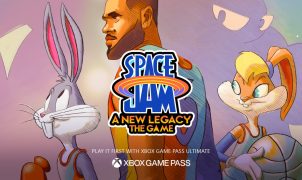