Practice your dance moves before the games release 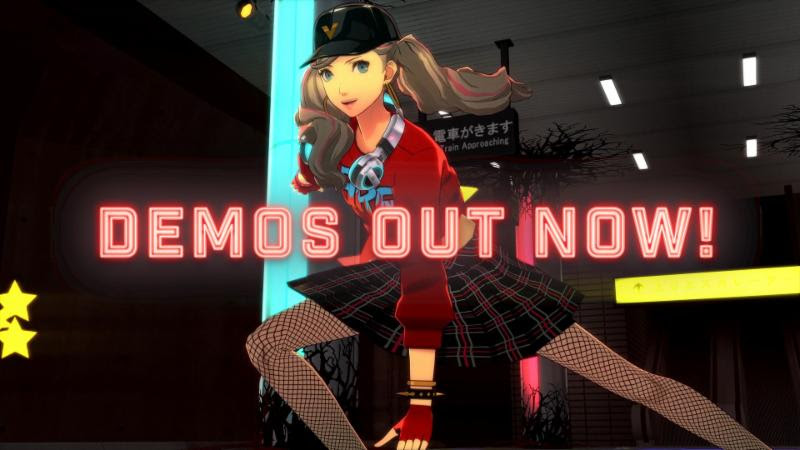 ATLUS has announced the official release for the Persona 3: Dancing in Moonlight and Persona 5: Dancing in Starlight demos.

Players who download the demos will get to experience some of the upcoming games’ remixed tracks to help tie them over until their official release, with the P3D demo containing “Burn My Dread (Novoiski Remix)” and “Light the Fire Up in the Night”, and the P5D demo containing “Rivers in the Desert (Mito Remix)” and “Blooming Villain” (and more!).

ATLUS has also announced that digital pre-orders for both individual titles are now live in North America. Those who pre-order the digital versions will receive the same bonuses — Shinjiro Aragaki + “Battle Hymn of the Soul” for P3D, and Goro Akechi + “Will Power” for P5D — as those who pre-ordered physical versions, with those pre-ordering the Persona Dancing: Endless Night Collection receiving all previously mentioned content. ATLUS has confirmed that digital pre-orders will not be available in Europe, however those who purchase either game within two weeks of their initial release will receive the NA pre-order content for at no extra cost.

The Persona 3: Dancing in Moonlight and Persona 5: Dancing in Starlight demos are out now on PS4 and Vita, with the full versions arriving on December 11 in North America, and December 4 in Europe. Are you ready to dance the night away once more? Let us know in the comments below!