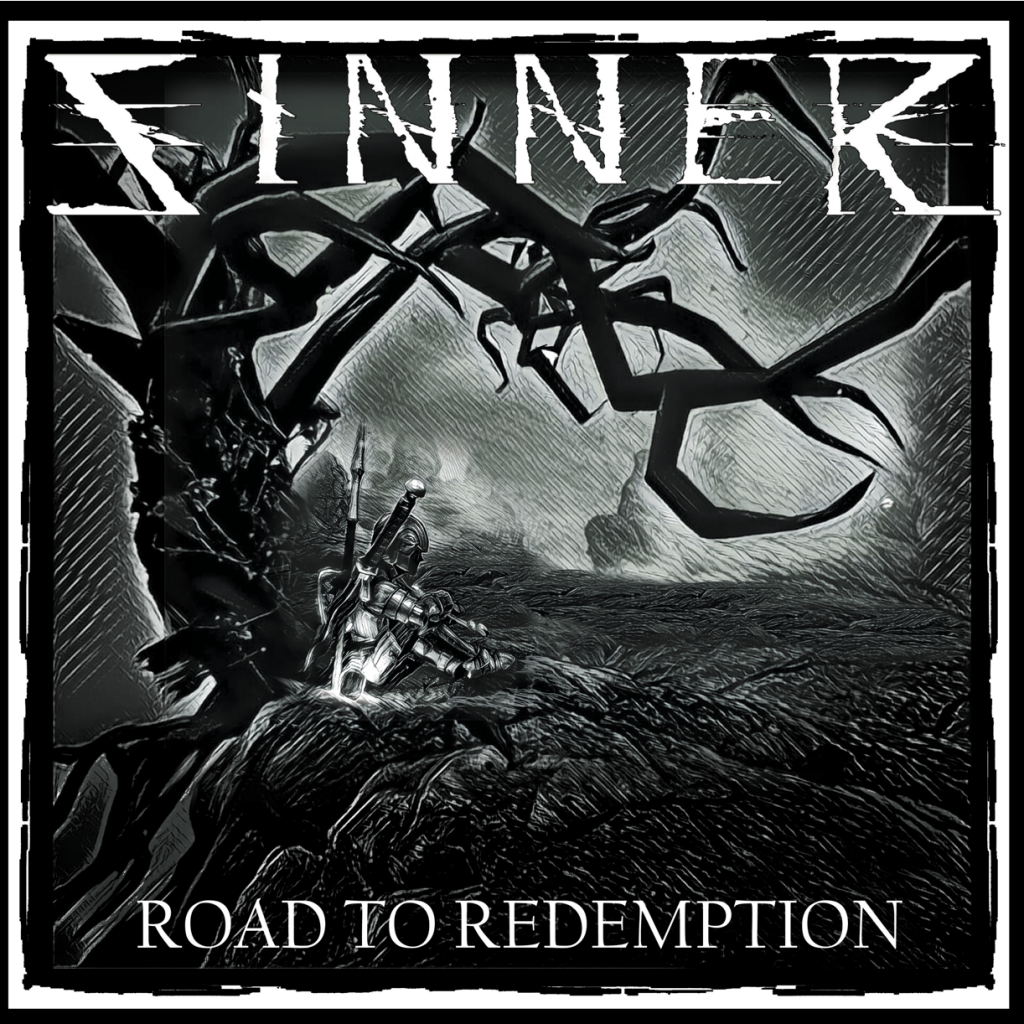 When one thinks about games with challenging bosses and unforgiving difficulty, they tend to think of the Souls series.  Indeed, Dark Souls has left an indelible mark on the gaming sphere. A number of sequels, spinoffs, and even other games making use of the formula have made their way onto one system or another. Much like Castlevania: Symphony of the Night spawned the “Metroidvania” genre, Dark Souls and games similar to it have spawned the “Souls-like” genre. Among the standout moments of these games are the overwhelmingly difficult bosses. They’re gargantuan, imposing, and one small mistake can cost you loads of progress, or at least a massive amount of health. So, what if one were to make a game that was essentially nothing BUT the boss battles from Souls-style games? Well, you’d end up with Sinner: Sacrifice for Redemption. 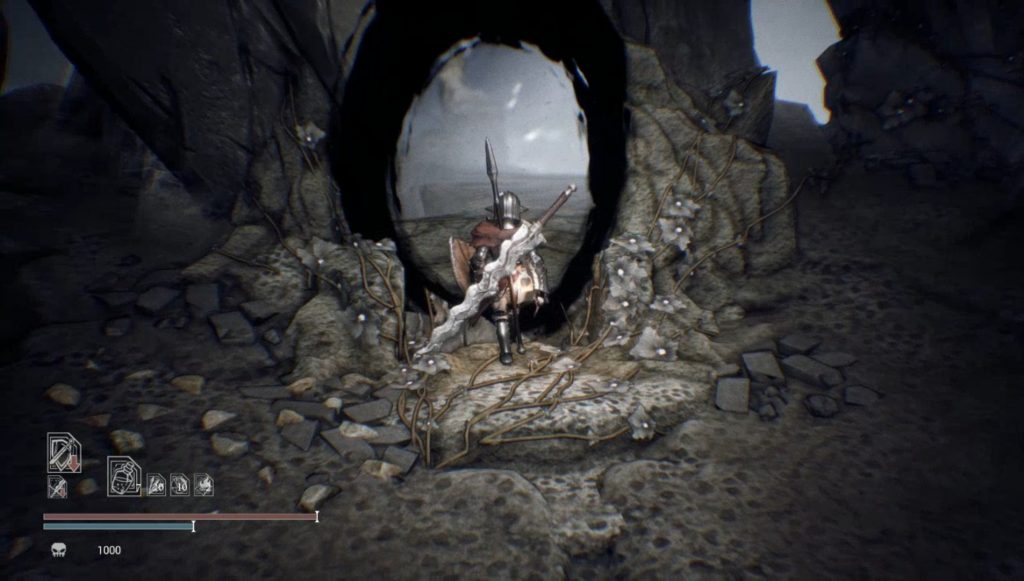 Each of Sinner: Sacrifice for Redemption’s bosses lie through a portal in the main hubworld

Sinner: Sacrifice for Redemption is a boss battler (or Boss Rush, if you will) game made by Chinese development studio DARK STAR and published by Another Indie. In the beginning of the game a great tragedy befalls the kingdom of Cavanis and leaves it decimated and its people wiped out.  It falls to you, a lost soul tainted with sin aptly named Adam, to redeem it through personal sacrifice and struggling through each of the eight bosses in the game. As mentioned earlier, Sinner’s game world is made up solely of boss fights. Aside from a few  encounters here and there, there is no sprawling world to wander through, no mobs to fights, and no NPC’s to encounter. The world building in Sinner, what there is of it anyways, is told during cutscenes before each boss fight. 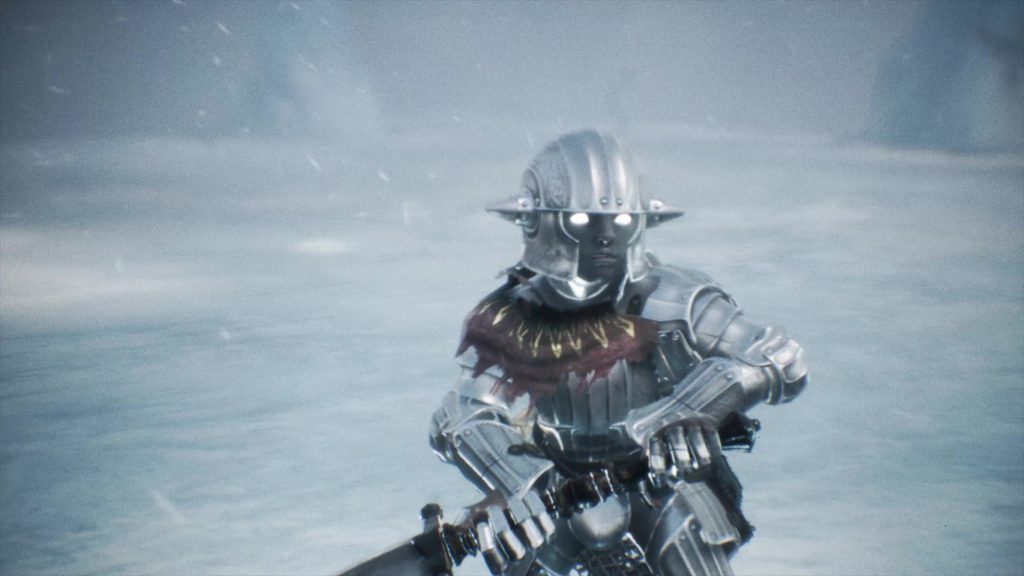 Adam may not have a lot of personality, but he knows how to get the sin-slaying job done

Sinner: Sacrifice for Redemption differentiates itself from other Souls style games in that before each fight, you have to choose one element of yourself to sacrifice. This means each subsequent boss fight becomes more and more difficult as you progress. Your character can have their health regen (another difference from Souls games) hindered, along with other stats like strength and defense. The game starts out simple enough, but before long you’ll really have to be on your toes to even have a chance of staying alive. This is one of Sinner’s greater strengths in that you are forced to de-level yourself, rather than the traditional leveling yourself up after slaying hordes of monsters and finding a save spot. You end up getting really picky and choosy about what to sacrifice next in order to survive.

A Boss Fight a Day Keeps the Plague Doctor Away 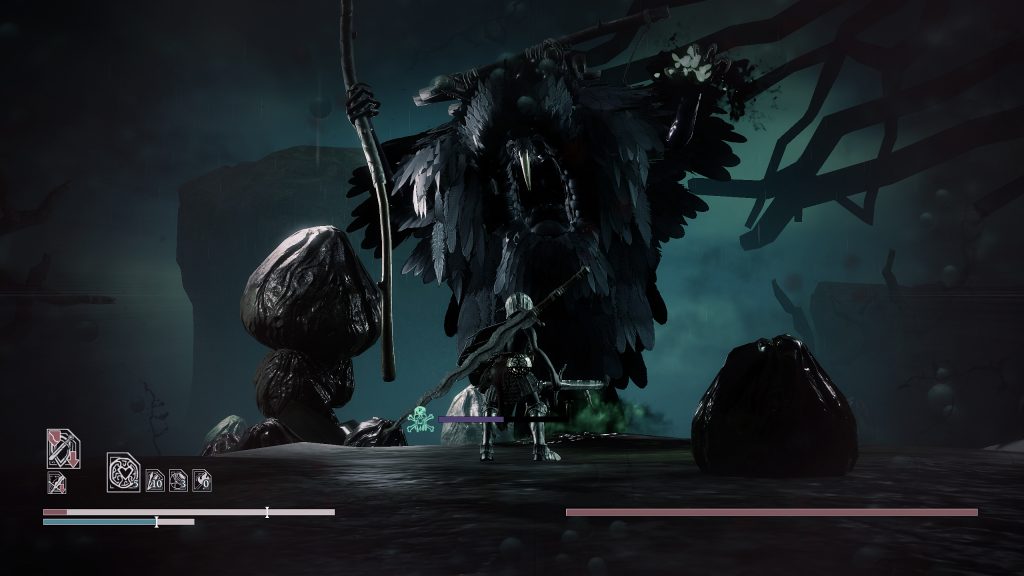 Boss fights start out easily enough in Sinner, but you’ll quickly find yourself thinking fast in order to survive the rest.

As far as indie games go, Sinner is quite beautiful. Dark Star put in a lot of work in this area, and while the environments can be a bit drab (clearly playing upon the apocalyptic feel of the game) there is a lot of nice depth of field, motion blur, and particle effects going on that help bring them to life. The characters are wonderfully detailed and the bosses, in particular, have a good amount of thought put into their overall design.  The first seven are based on one of the deadly sins and you can see that show through quite clearly just by taking one look at them. I experienced a little bit of clipping here and there on Adam’s armor but nothing that you wouldn’t see from other modern games. Overall Sinner has a very nice polish to its graphical presentation. 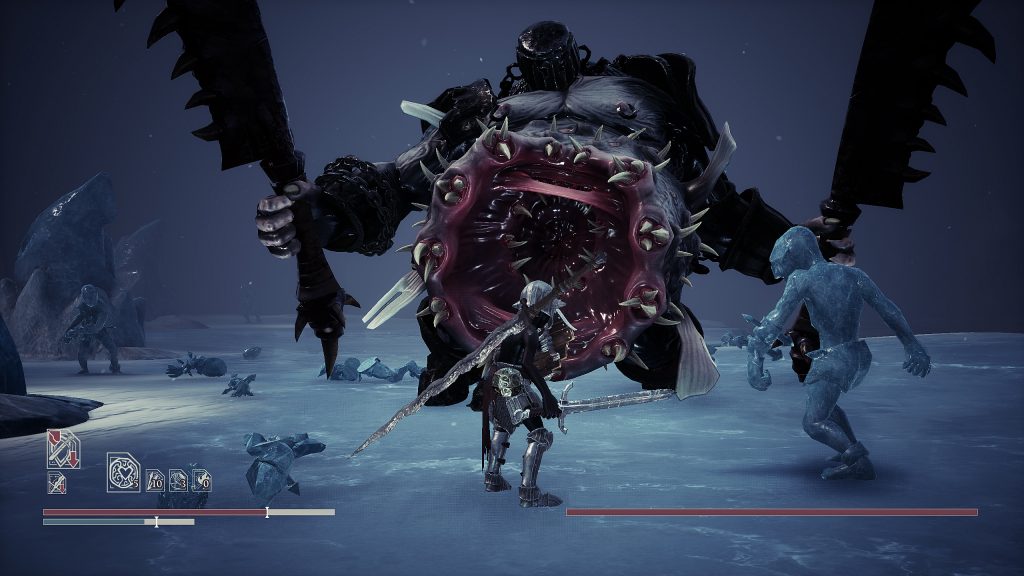 Being a game based on difficulty and sound strategies for fighting bosses, controls are tantamount in Souls style games. After all, you don’t want to go doing a move you didn’t intend to or compensating for input lag due to bad coding. Fortunately, Sinner: Sacrifice for Redemption handles itself very well. Light and heavy attacks are readily available, and funnily enough rolling is still your number one defense against taking those pesky hits you want to avoid. A stamina meter is present like in other similarly styled games, and this gets affected as well as you progress throughout the game. During my playtime with Sinner, I felt none of my deaths could be attributed to sloppy controls, which is a good thing. 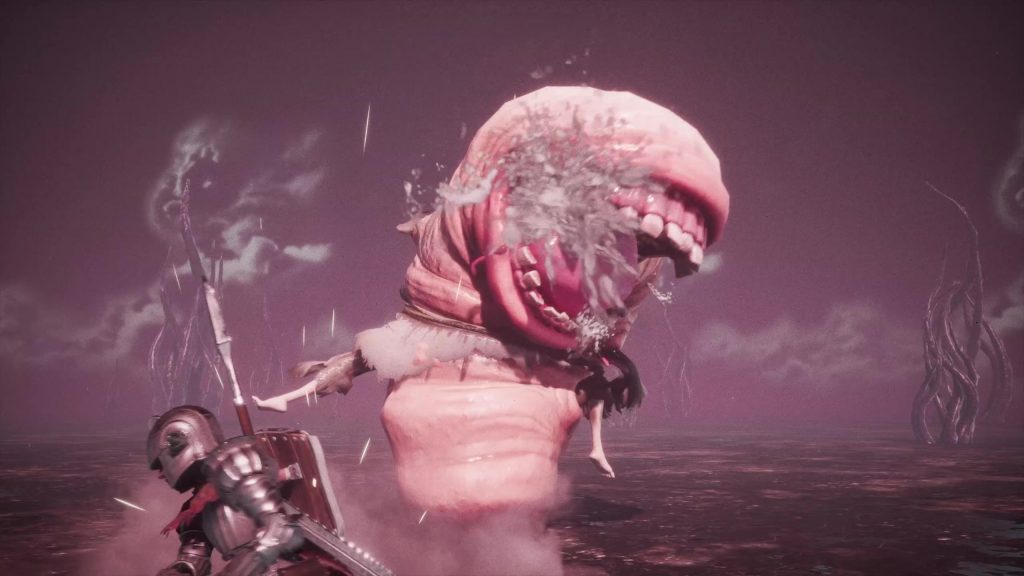 I’ll give you three guesses, and the first two don’t count.

Sinner: Sacrifice for Redemption is a game that sticks to its guns, for better or for worse. While it lacks the world building and overall RPG elements that make other Souls-style games more engaging, the bosses provide plenty of challenge to keep you going. Unfortunately, if that’s not what you’re after in a Souls-style game, Sinner won’t quite give you the fix you’re looking for.  That is, unless you’re a boss-rush kind of gamer who’s looking to show off their skills online. Additionally, I found the lack of inventory management and weapon selection to be sorely lacking. While there ARE additional weapons you can unlock, they first require you to complete the game. One of the stranger design decisions I’ve seen in a game, to be honest.

Have you ever danced with the Devil in the pale moonlight? 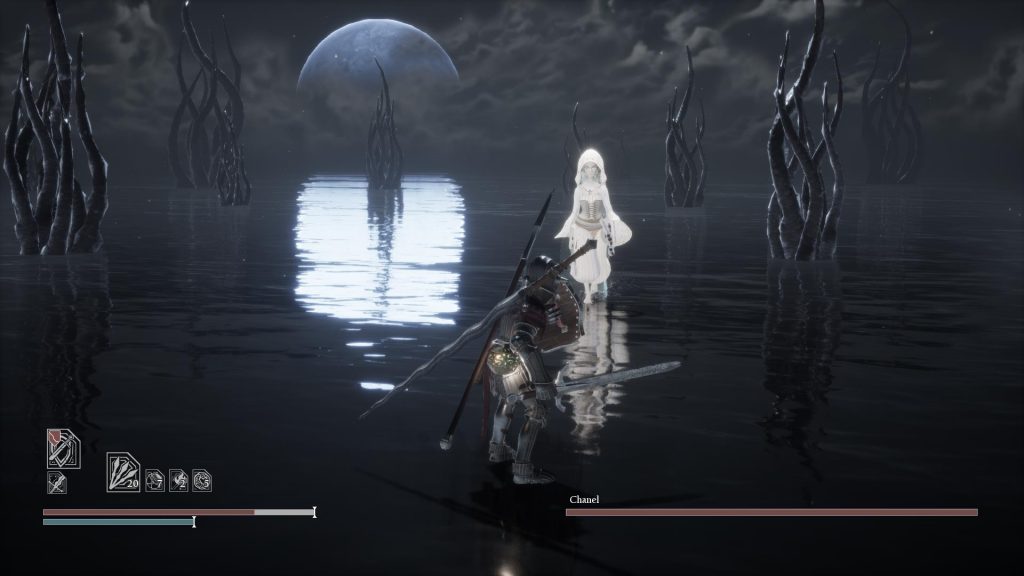 Something tells me Chanel here doesn’t want to waltz…

Ultimately, I’d recommend Sinner: Sacrifice for Redemption to only the most devout of Souls aficionados. It’s ambitious and provides a neat twist on the standard Souls-like formula, and for that, I certainly can’t fault the team over at Dark Star. That being said, the lack of story and core gameplay feels a bit limited and stinted compared to what one would find in a more mainline game. Sinner: Sacrifice for Redemption is by no means a bad game, it could just use some more sides to go with the main course.

Full disclosure: This review is based on a copy of Sinner: Sacrifice for Redemption given to Hey Poor Player by the Publisher. 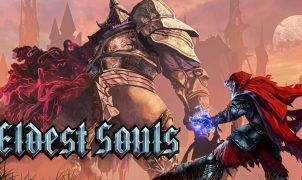 Sister stories Guardians of the Galaxy: The Telltale Series has been an odd thing to cover over the now three episodes released so far. I talked in both previous reviews…