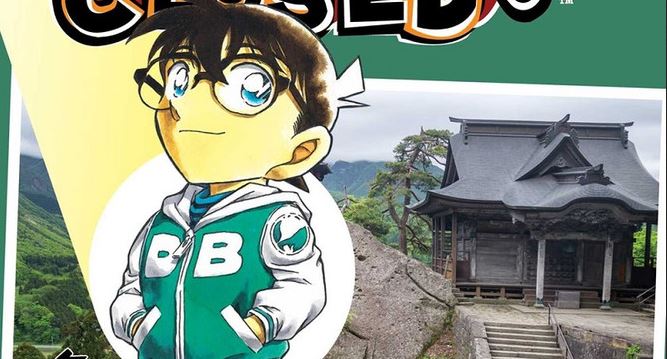 I’m certain I’ve become a broken record when it comes to these Case Closed reviews, mainly with the following lamentable observation: “as always, there are cases involving Japanese wordplay.” Rest assured, there are not one but two cases involving those tricky Kanji characters, Japanese numbers, and even a touch of Chinese in the sexagenary cycle (as in, an old Chinese calendar system). As always, we should bear no grudge: it is unavoidable for works in any language in their leaning upon quirks of their respective speech and prose, be they puns, free associations, and what have you. With a wordy, mystery-heavy series such as Gosho Aoyama’s Case Closed, this is doubly inevitable, particularly considering that despite the English language’s presence, us American readers are supposed to pretend they’re actually speaking Japanese. (Think of it like a reverse Ace Attorney localization.)

Still, even if this culture clash may be too much for some readers, it’s still a solid — albeit slightly tired —  volume all in all. We wrap up last volume’s love story between Inspector Santos and Ms. Kobayashi — I don’t believe I’m giving anything away by confirming there’s a happy ending — and dive into three full cases: a locked-room murder mystery involving Eva Kaden (Richard Moore’s estranged wife, as fans surely recall), yet another showdown between Kaito Kid and Serena’s grandfather Jirokichi, and a purse-snatching turned deadly. All par for the course for Case Closed, you understand, but while there’s no gripping Men in Black sightings or FBI investigations in sight, the charming cast and brain wracking mysteries overcome any language barriers and potentially stale set-ups.

Well, for the most part, anyway. While Santos and Kobayashi begin a new chapter of their lives, the same can’t be said for Richard and Eva — indeed, not only are the separated couple having yet another lover’s quarrel, but in the midst of another murder! Not the first time this has happened, mind, but when combined with Richard’s typical clumsiness, can you say “Worst birthday ever?” for Mrs. Kaden? Anyone who’s followed series this long can undoubtedly predict how this family quarrel will end, and that’s why it’s probably my least favorite case of the volume. Not that the actual murder mystery isn’t well-executed — actually, it’s the volume’s only case not involving Japanese wordplay — yet I couldn’t help but draw comparisons to past Eva cases right down to locked-room mysteries and hotel settings. Case Closed‘s repetition is hardly a rare complaint, but this particular set-up’s getting more than a little rote.

A lackluster volume? Not necessarily. 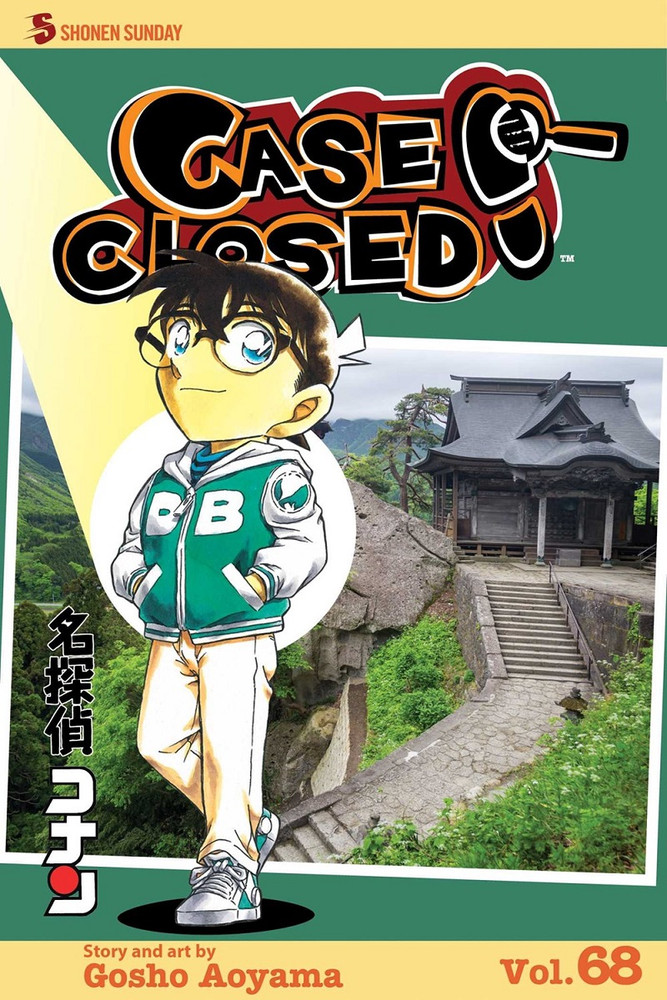 Thankfully, the Kaito Kid swings to the rescue, and his latest stand-off against Conan and Jirokichi was so fun I hardly minded the peripheral use of kanji. The Kid cases are always a welcome change of pace in that they juxtapose the series’ penchant puzzle-solving alongside cat-and-mouse play; in this particular adventure, Conan’s knocked out, so it’s up to Anita and the Junior Detective League to foil the kid’s plot and uncover how they were manipulated by the thieving magician. Not that our favorite bespectacled detective’s fully out of the picture, mind, but the ensuing focus on his classmates and uncommon side-characters (Jirokichi and Captain Nakamori) provides a fresh perspective I don’t recall occurring in any previous Kaito Kid case. Even if there’s no murder involved, Aoyama succeeds in injecting an equivalent tension here, as there’s no telling when or how the Kid’s expertise in disguise can fool reader and character alike.

In our final case, Case Closed concludes with an incidental case revolving around minor character arcs; in this case, Rachel Moore, who experiences an identity crisis thanks to a love fortune encouraging her to shed off “tomboy action” should she ever win the heart of Jimmy Kudo — Conan Edogawa’s true identity. Naturally, this means no more karate, but as luck would have it, this must occur the very night she and Serena are attacked by a purse snatcher, and she lets the perpetrator get away. Again, we know the involved character(s) end up correcting their missteps, but how they’ll be enlightened is typically as much of a mystery as the actual cases. True, there’s no progress made on the Rachel/Jimmy love story, but in carefully weaving these within the actual narrative, we don’t walk out feeling baited but instead heartened at how Rachel comes to terms with herself. (Well, as “heartened” as a karate beatdown would be, anyway.)

Did I just unveil the secret to Aoyama’s success? Perhaps — while I wasn’t as particularly taken with this jack-of-all-trades volume like I was with Volume 66 (barring the Kaito Kid case, which is the main reason why I bumped this “3.5” volume up to a 4), such lulls have happened before, and they will happen again. It’d be unfair to claim Aoyama’s focused on more compelling cases just down the road — making manga is a labor-intensive process, and I have no doubt he gave his all within the relevant chapters — but just knowing we’ve had routine bumps like these in the past has me even more excited for what mysteries will unfold next volume.