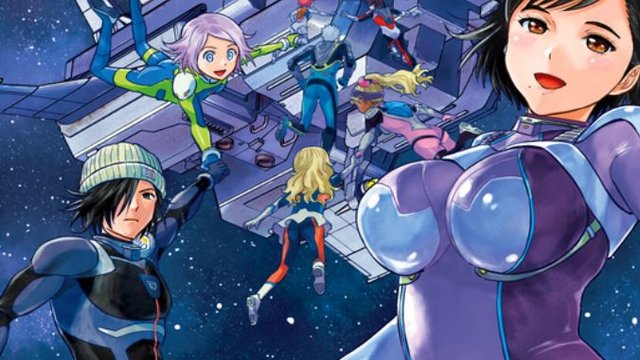 The best way to describe Volume 4 of Kenta Shinohara’s Astra Lost in Space is — much like Quitterie’s reaction to the bluntest confession known to man — a series of jack-in-the-boxes. We open to the confounding mystery introduced at last volume’s end, reel from the tragic discovery our young space-farers recognize about themselves mid-volume, and gasp at the unexpected question raised in its final pages. Volume 3’s marooning on the desolate planet Icriss invited resigned, heartbreaking despair, yet the raw truths unearthed here may very well render that but a minor inconvenience. Where on “Earth” do we go from here?

Kanata and the gang’s miraculous discovery of another Astra – and within it, a woman preserved via cryostasis – is a stunning subversion; yes, we knew the stranded children wouldn’t be stuck on Icriss forever, but while the key being another stranded astronaut in Polina Livinskaya isn’t necessarily unpredictable (after all, how else could they repair the Astra?), who would’ve guessed another member would join the Astra crew? Moreover, this surprise discovery already opens a world of engagement and conspiracy; indeed, the mysteries of a likely traitor and why the crew was sent out to die been raised since the beginning, but as she’s in possession of classified information not yet revealed, Polina’s rescue raises further questions beyond the scope of this adventure; in other words, the potential causes behind those schemes may have been shaped by the world itself — a fact all but confirmed at the volume’s end.

Of course, the series doesn’t revolve around Ms. Livinskaya, and so we have more than several loose ends regarding the kids. Needless to say, the discovery of their origins is a bitter pill to swallow, and tears are shed all around. It’s telling this was hand-crafted during the series conception – even the casual reader would ponder why Quitterie and Funicia look so similar despite being adoptive siblings, for instance, and Aries’s potential exclusion from this conspiracy will undoubtedly open further doors. However, it’s in Kanata’s heartfelt declaration — “I say WE’RE family!” – that we recognize Astra Lost in Space has evolved past its initial goal. This is no longer just a life-or-death trek; nay, their survival may very well unravel the world’s secrets not merely for the crew’s closure, but to render their home planet a better place. And what better evidence than the last six pages of this volume: a blindsiding twist that, unlike the origin story, I hardly recall any foreshadowing for. Had I not already read the free chapters on VIZ’s official site, I’d be chomping at the bit for the final book.

They’re not quite who you think they are. 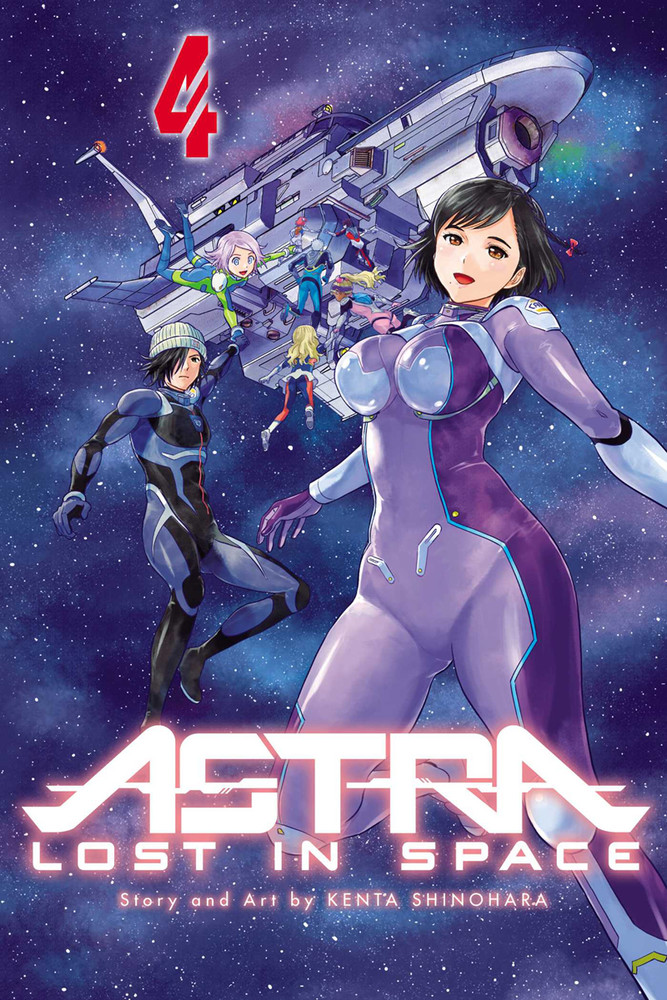 This isn’t to say everything’s all doom and gloom; as elaborated above, it’s here where the Astra crew’s chemistry truly comes forward. With most everyone emerged from their shells, that even the formerly-reclusive likes of Ulgar and Yun-Hua not only turn to the others but engage in their comedic hijinks is evident of their ever-growing bond.  Even the volume-ending four-panel gag comics feed into this —  for instance, we echo Polina’s curiosity in the crew’s fascination with Aries’s malaprop quirks rather than her unnoticed terms of endearment– and that’s probably why they’re my favorite round of Shinohara’s signature comedy. Indeed, their camaraderie is every bit as touching and heart-warming as the most abrupt of marriage proposals (yes, really!).

It’s not perfect — despite her fleeting crisis here, I can’t help but notice Funicia is lacking presence (perhaps Shinohara struggles to naturally implant a 10-year-old within a group of teenagers?) – but given the obvious calculation into such a condensed series, it’s a marvel not merely how Shinohara pre-planned everything but succeeded in nurturing our affection for the core cast. Not everyone has completed their character arcs — a hurdle we’ll clear in the next (and final) volume — so whether or not Shinohara stumbles through the finish line will be vital. I’d say I wouldn’t expect him to given his expertise, but as I’ve already read it, I’d be lying. (Or, wait, does that imply he doesn’t? Er, I’ll stop talking…)

Alas, as I’ve stated throughout this review, we are already approaching end of our journey. Astra Lost in Space was never designed as a very long serialization, and so the journey concludes next volume. Even with the earth-shattering secrets unveiled here, there’s still puzzles to solve — even with the newfound world history about to be divulged, will the unknown traitor let them do so? And who’s to say the Astra crew will be met with a warm welcome if they make it home? Perhaps most importantly: will the final volume adequately juggle all this? Join me in December to find out, but fair warning: any and all spoilers will be rendered bare!