The gears begin to turn. 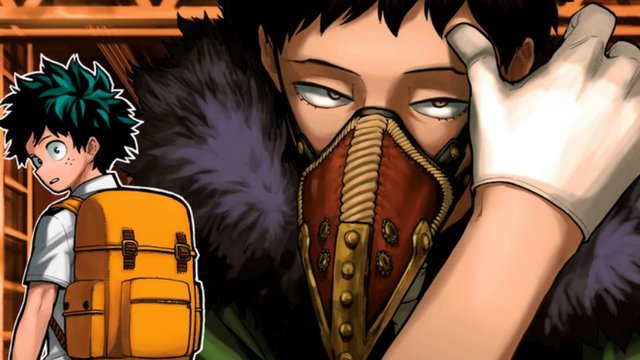 For better or for worse, Katsuki Bakugo is My Hero Academia’s most controversial character. His penchant for screaming, putting down others and blowing up everything can be an easy irritant and let’s not forget how he dared Deku to go jump off a roof in the very first chapter. Some say his being the Class 1-A’s No. 1 student renders him a character undeserving of his in-universe achievements and accolades, but such an observation betrays close attention to the story: after all, it was his public displays of violence and tantrums that rendered him an ideal candidate for the League of Villains, and he lost his very first mock battle against Deku – the latter incident birthing his jealously of someone he previously deemed inferior.

And that brings us to their ongoing battle from the last volume – Bakugo’s insecurities are laid bare in his confronting Deku, and our protagonist has no choice but to fight back. There’s several specifics to analyze here – for instance, it’s confirmed Deku’s Shoot Style kicking maneuvers won’t entirely replace his punching – but most importantly, it’s here we observe the inner workings of their incongruent relationship: despite recognizing Bakugo as hardly being a decent individual, his amazing prowess channeled the very same admiration Deku held for All Might, and so he continued chasing after him in his hapless pursuit of becoming a hero. In turn, Bakugo always feared what he considered a condescending, conspiring individual — to him, Deku’s newfound Quirk was proof he’d been hiding his talents all along, waiting for his chance to usurp the strongest kid on the block.

All the more reason why it’s a hollow win on Bakugo’s part, but All Might’s interference grants him a new outlook. Many have speculated Bakugo’ll eventually mirror the role of Endeavor – a similarly rude, ambitious hero who’s always one step behind All Might’s humble selflessness – but it’s in his hero’s assurance that both rivals can work together that we know he won’t exactly end up like an individual who bred children for eugenic purposes. That he chooses to keep their secret of Deku being his successor — and eventually even complimenting Deku in his own passive-aggressive way — puts us further at ease.

Of course, there’s plenty other going on —  for starters, we meet “The Big Three” in U.A.’s top aspiring heroes, with Mirio Togata leaving by far and away the biggest impression. Look no further than his hilarious introduction, spooking Midoriya with his Permeation quirk and phasing his Tintin-esque face through U.A.’s outside walls, all before we even earn a proper introduction. Both his peers — Tamaki Amajiki and Nejire Hado — are supposedly similar in strength, but Togata is clearly the star, as witnessed when he single-handedly defeats Class 1-A in an exhibition battle. Eraser Head’s mid-battle warning further cements our awe: Togata is not merely the one student closest to being the top hero, but even among the actual pros (even if he has trouble keeping his clothes on). 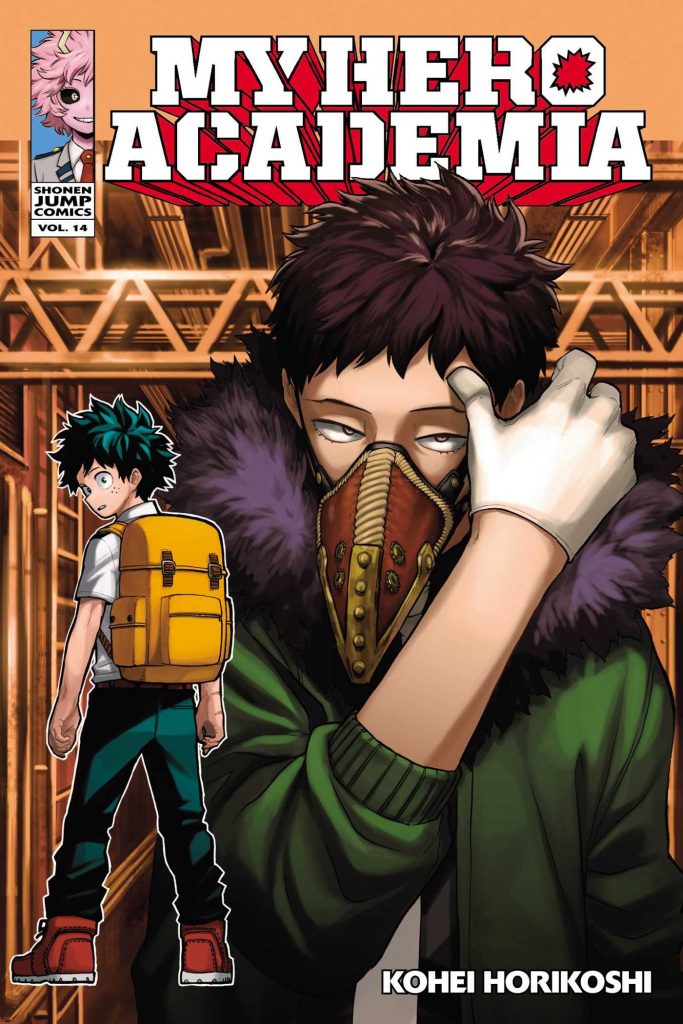 We also meet Sir Nighteye – a former sidekick of All Might, Togata’s mentor, and Deku’s latest choice for a work study. An immensely strict individual, he still deeply respects All Might despite having some sort of fallout, and so he settles on a paradoxical acceptance of Deku: in himself, he believes him an ill-fit successor, and only takes in our protagonist in the hopes of recognizing his own mediocrity. There’s even a new villain in Overhaul, an underworld boss equipped with a plague mask. He certainly means business, if only in that it takes one touch to pop one of Shigaraki’s goons like a balloon. It’s been implied before with Stain that not all the villains are under the same page, a theory confirmed in this potential merger ending with dead on both sides. With this volume’s final pages, it’s clear conflict will spill between both of these new parties, with apparent stakes I shall leave for the reader to discover.

Horikoshi’s art remains as compelling as ever, but much as I want to discuss the infectious juxtaposition between Togata’s basic countenance and muscle-toned body, there’s something more imperative regarding this particular volume. It’s worth noting the events within were around the period when the weekly workload was clearly getting to creator Kohei Horikoshi, as the relevant chapters in Weekly Shonen Jump displayed unfinished panels. While hardly the worst example (that would be the recent school festival), it’s great to see these once rushed panels restored to their true vision, and I’m certain other English-speaking readers are relishing this opportunity.

Much as I enjoyed this volume, however, we’re beginning what’s commonly cited as, hitherto, My Hero Academia‘s weakest arc in combating Overhaul. We’ll dive into specifics once its respective volumes release, but despite agreeing with criticism it drags on its feet, I happened to quite enjoy the scenario otherwise. Just as I learned with One Piece Volume 87, we may grow to appreciate it further in condensed volume format, so the next several volumes are vital. Will the set-up remain superior to the actual action?