Sony Gets Into The Micro Console Game With PlayStation Classic 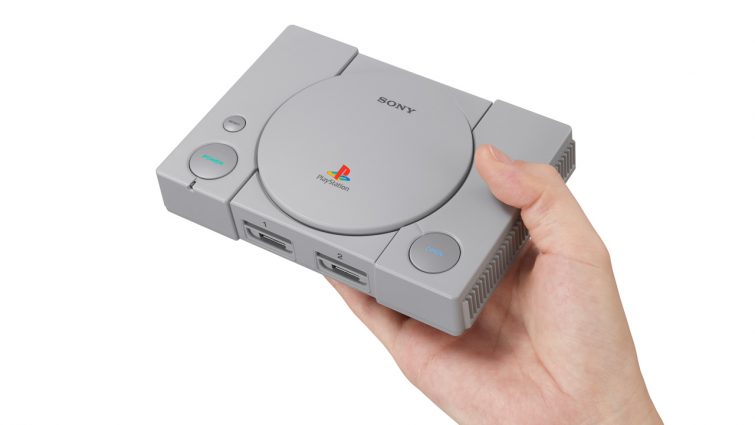 Following in the footsteps of Nintendo and SNK, Sony has announced plans to release a miniaturized version of the original PlayStation this holiday season in celebration of the console’s 25th anniversary.

Dubbed the PlayStation Classic, this pint-sized replica of Sony’s beloved 32-bit console will launch on December 3rd and is priced at $99 and comes with 20 games pre-loaded onto the system. As of the time of this writing, only five titles have been confirmed, including Final Fantasy VII, Jumping Flash, Ridge Racer Type 4, Tekken 3, and Wild Arms.

In addition to the console, the unit will come packed with an HDMI cable, USB cable (for power), and two replica PlayStation controllers (no, not the Dualshocks, they didn’t come along until 1997.) Unfortunately, those who want a proper AC adapter will have to spring for one separately.

Sony has released a trailer showcasing the console along with some of the included software. To see it in action, check out the trailer below:

Best Buy, Amazon, Walmart, and GameStop are currently taking pre-orders for the system.

With a legacy spanning countless classic titles, I have to admit I’m pretty excited to learn what other games will be featured in the console’s lineup. What would you like to see included when the PlayStation Classic launches this December? Be sure to let us know in the comments below.