Get this: she’s not an Echo Fighter! 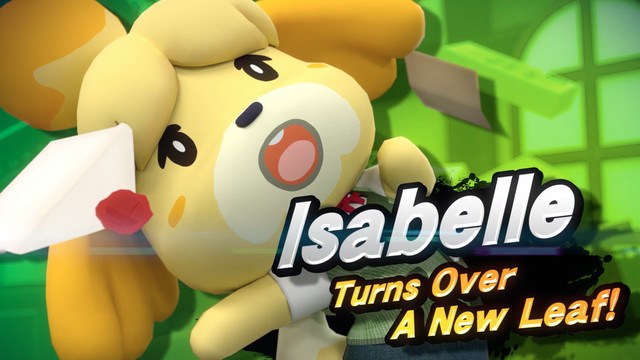 As Animal Crossing‘s Villager avatar was already a playable character, many fans speculated Isabelle would be their Echo Fighter — in other words, a character mirroring the moves of another fighter. Thankfully, it would seem Animal Crossing‘s repertoire of toys and gadgets was wide enough to render Isabelle her own unique character! While she still borrows moves from Villager such as Pocket, she brings plenty of unique tools in party poppers, buckets, fishing rods, pom-poms, whistles, and yes, balloon-suspended swings.

Are you excited that Isabelle’s joined the battle? Let us know in the comments below, and don’t forget to check out additional screenshots and videos on her official character page!