And the Weirdest Controversy of the Year Award goes to… 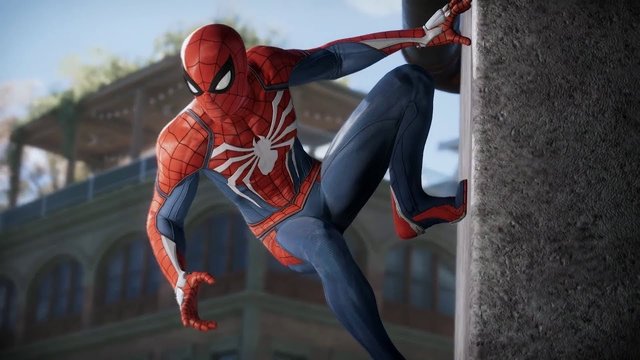 No, we’re not joking: people are legitimately mad at a perceived downgrade in Insomniac Games’ upcoming Spider-Man PS4 game, largely surrounding the dubious erasure of puddles. Don’t believe us? Some days ago, a graphics comparison between the game’s E3/Retail versions on the r/gaming subreddit quickly exploded in popularity, inspiring fans to take to Insomniac’s Twitter and demand answers for this “downgrade”. Both Insomniac and James Stevenson, the developer’s community manager, have repeatedly shot down the accusations, but before we get into the deets, let’s examine the most notable comparison: 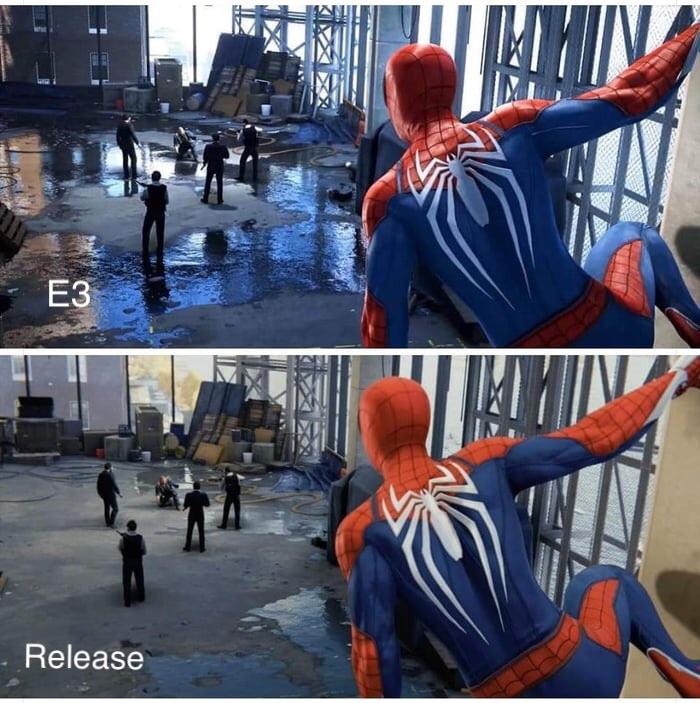 At first glance, the differences in lighting may seem obvious, but as noted by Insomniac and Mr. Stevenson, Spidey’s suit still reacts appropriately to lighting and reflections; in other words, this is a cherry-picked case of two different screenshots captured at two different in-game times. As far as graphics go, the game looks as stellar as ever.

As for the puddles? Those were moved for artistic purposes rather than performance issues, as proven by the Insomniac tweet above showcasing the game can still handle any and all puddle lighting.

Overreaction much, guys? This is just as dumb as Overwatch‘s Tracer butt pose thing from a few years back.

What do you think of this Spider-Man puddle nonsense? Let us know in the comments below! 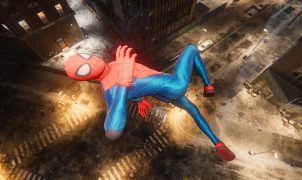