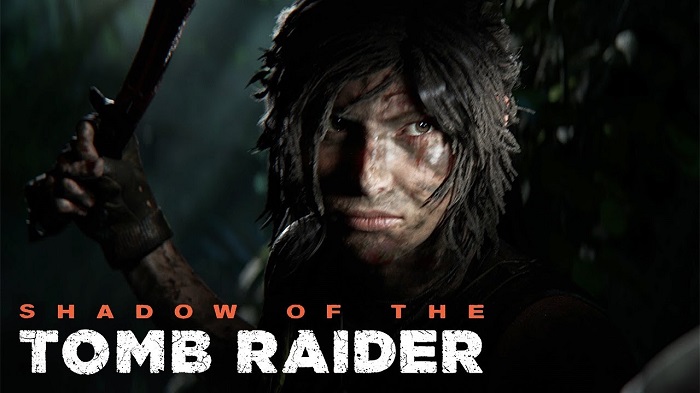 Lara Croft is back, and she’s a character that’s pretty close to my heart. The Tomb Raider series on the original PlayStation are some of my favourite games I’ve ever played. Oddly, I’m not proud about much about my country. But I’m a lad from a town in England called Burton-on-Trent, which is about 10 minutes down the road from Derby, where Core Design created Lara Croft and Tomb Raider all those years ago. Being from the area, I have a bit of an attachment to ol’ Lara. And I was very impressed with what Square Enix did to reinvigorate what had become a tired and outdated series. And so, it was almost inevitable I made time to go hands on with Shadow of The Tomb Raider at Gamescom 2018. 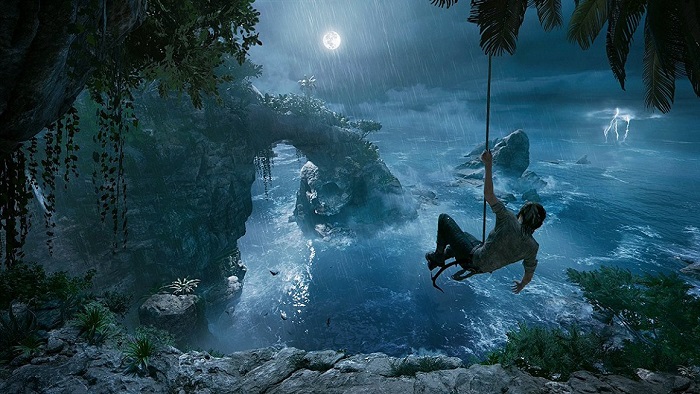 The demo I played seemed to be from an early part of the game. It opened with a truncated cutscene, where Lara and her buddy Jonah are in some village in Mexico and are in pursuit of some thugs from Trinity. As the cut scene finishes you’re thrust into an underground tomb, where you navigate a series of old-school Tomb Raider traps, such as spikes and spinning blades and a nervy underwater section. Later, you find an underground Mayan pyramid and need to solve a series of physics puzzles to gain access to the top of the structure. Much like its predecessors, a combination of moving objects, the rope arrow and jumping allowed me to breeze past these obstacles. But in terms of aesthetics, I was so impressed with that Square Enix has produced here. It had that old school Tomb Raider vibe to it, with the traps, ancient Mayan scrawled on the walls and its mastery of building dramatic tension. 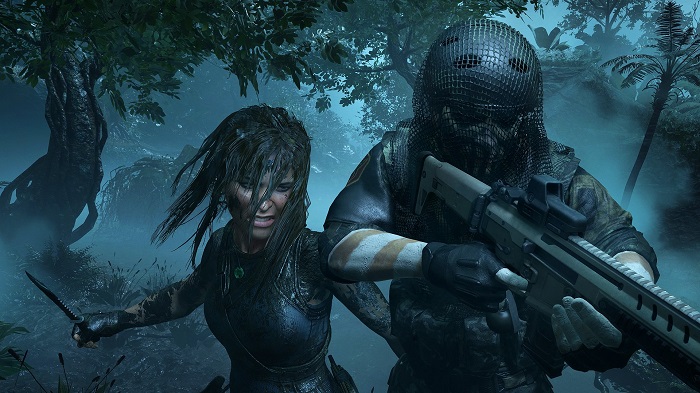 After getting on top of the pyramid, Lara grabs an ancient dagger with triggers the usual ‘earthquake effect’ and you quickly have to get the fuck out of there. Once out of the pyramid, you encounter Trinity, in some sort of dig site, attempting to gain access to the ancient Mayan structure you just came out of. You overhear them mutter something about culling a load of workers and bugging out, so it sets up a tense situation where Lara must navigate her way through the site.

Stealth returns in this game and it is supremely satisfying. Overgrown sections of foliage, such as leaves and tree branches, provide excellent cover for you to silently take down enemies in a multitude of really nasty ways. In addition, the folks at Square Enix have taken inspiration from other action/stealth-based games such as The Last of Us. Lara can now throw items strewn around the place, to attract the attention of guards, so you either evade them entirely, or sneak up for a stealth kill. Inevitably, my stealthy approach went to shit, and all hell broke loose, so it gave me a chance to whip out some of the louder weapons. In the demo, I had an assault rifle and a pistol. Both felt punchy, responsive and useful. Overall, I really enjoyed combat in the game – it’s practically identical to its predecessors. 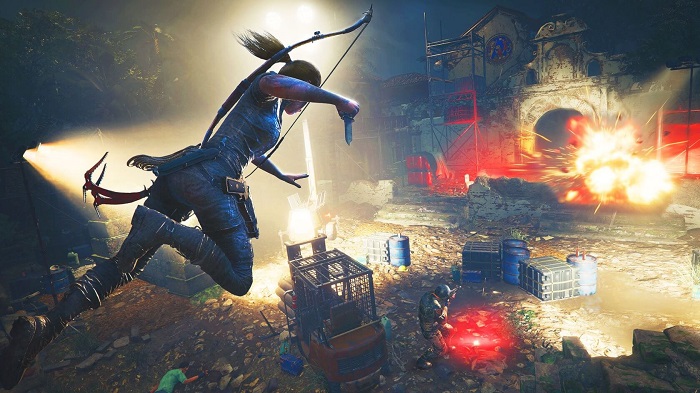 After navigating the dig site, Lara is caught and loses the dagger. The antagonist lectures Lara, saying she shouldn’t have removed and knife in the first place, and her actions have triggered the end of the world. Right on time, a few moments later, a tsunami arrives and wipes out the village Lara and Jonah were in at the start of the game. You’re swept along in its wake and must navigate your way through the village, under the constant threat of a torrent of water. Finally, the demo finishes with a cutscene where an unrepentant Lara is lambasted by Jonah for her lack of consideration when she removed the dagger. She was warned that there would be consequences to her actions, but chose to remove it to get one up on Trinity. Lara is nonchalant in her attitude, suggesting that it was a necessary sacrifice.

In the buildup to Shadow of The Tomb Raider’s launch, much has been made about how this will be the darkest entry of the series yet. And it certainly felt that way throughout the demo I played. Lara has been on a journey since the 2013 Tomb Raider reboot, has survived against insurmountable odds, and is hell-bent on finding and bringing those that killed her father to justice. Shadow of The Tomb Raider reflects this, showing a battle-hardened, scarred Lara Croft, hell-bent on doing whatever it may take to bring her father’s killers to justice. 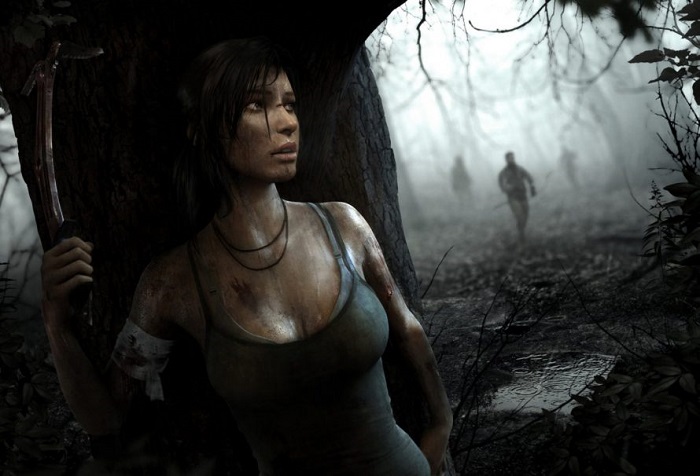 The demo I played was on an Xbox One DevKit, and despite the hardware limitations compared to PC, it looked stunning. Despite being an earlier build of the game, textures were rendered beautifully, the lighting was amazing, and the rain effects in the combat section of the demo were fantastic. In fact, sneaking around in the bushes made Lara muddier, to the point where she resembled Arnold Schwarzenegger during the final fight in Predator! Like its predecessors, Shadow of The Tomb Raider sets the bar high for visual fidelity.

Will You Be Buying It?

I can’t wait to get hands-on with Shadow of the Tomb Raider when it launches on 14 September. The time I had with it at Gamescom confirmed that it’ll be an essential purchase once it comes out. Will you be doing the same? Are you happy with what Square Enix had done with the Tomb Raider series? Let me know in the comments below. 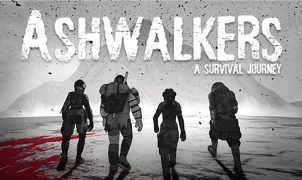