Following in the footsteps of Adr1ft and Downward Spiral: Horus Station (read our review here), Detached is the latest zero-gravity title to find its way onto PSVR. Developed by indie outfit Anshar Studios, the game puts players in control of a salvager who, after being stranded in an asteroid belt following an act of sabotage by meddlesome pirates, must get a ruined space station up and running so that they can be reunited with their spacefaring pals.

While the premise isn’t the most original one out there — I can’t begin to count the number of space stations I’ve brought back to life via the wonders of VR — I’m a sucker for sci-fi and usually pretty quick to jump at any opportunity to explore the inky blackness of space from the comfort of my HMD. When it comes to immersion, Detached’s stomach-churning 6DOF movement, coupled with some seriously striking visuals, do a respectable job of pulling you into the experience. Unfortunately, despite these strengths, mindless puzzle designs and some seriously repetitious gameplay keep Detached from moonwalking out of mediocrity.

Just Another Day On The Job 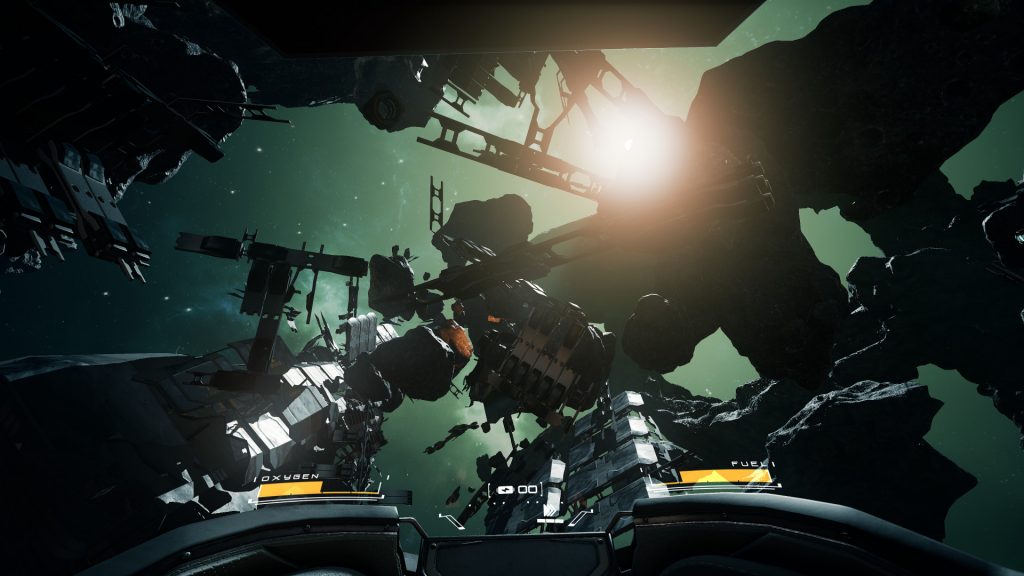 Despite Detached’s seemingly expansive setting, there’s precious little to do here. Most of the game serves as one big tutorial as you visit the installations you need to bring back online before you can be rescued. Scattered at these sites are upgrade modules that can be used to overcome obstacles and progress further in the story. Missiles, for example, can stun enemies and open doors. Boosters allow you to move faster. And your shield protects you from environmental hazards or blunt-force damage. It’s just too bad none of these tools are used in very interesting ways throughout the game’s two-hour campaign. There are puzzles to solve, but their solutions are always painfully obvious. They typically revolve around collecting neural “nands” to power up terminals or using your missiles to hit out-of-reach switches or stun baddies.

That said, you won’t need to be Mensa material to burn through Detached. The solution to any roadblocks you come across is never more than a room or two away. This can make the game feel quite linear despite the apparently wide-open environments. Limited resources of oxygen and fuel are meant to add a survival element to the proceedings. Sadly, this mechanic falls flat because air and fuel tanks are plentiful and always sitting in plain sight. I never once found myself burning through even half of my supply during my time with the game. 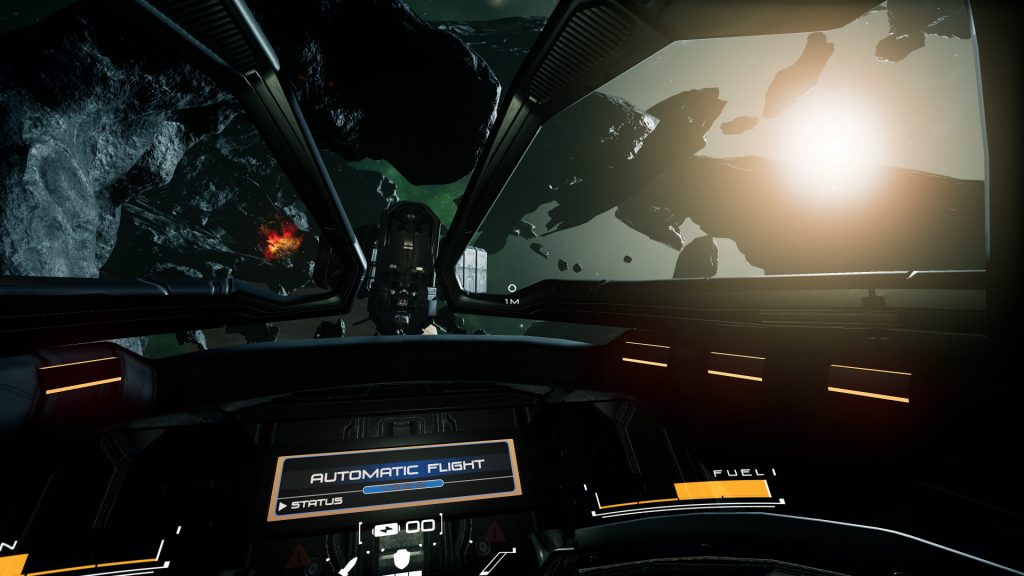 While I wish Detached had a bit more meat on its bones, that’s not to say it’s without its standout moments. The game’s second area begins with a seemingly serene flight in an escape pod through an asteroid field. However, things quickly go awry as you’re forced to abandon ship and dive headlong into the belly of a massive space cruiser. This scene plays out like the iconic Death Star trench run, sans X-Wing, as you careen through the skeleton of a ship while dodging steel girders and forcefields. The whole segment can be completed in less than a minute — unless you count dozens of violent, bone-shattering deaths that repeatedly send you back to the loading screen — but it’s a wild ride while it lasts.

Another memorable moment has you navigating through a massive debris field while hiding from a patrolling space pirate that can reduce you to giblets with his missiles. It’s tense and puts all of the skills you’ve learned up to that point to the test. These moments are great while they last, but they’re too few and far between. For every five minutes of excitement Detached delivers, you’re faced with another half-hour of brain-numbing tedium.

In addition to the main story, Detached also features a pretty fun 1v1 multiplayer component. Essentially a take one capture the flag, two players compete to recover a package. Once the package is secured, the goal is to take it to an extraction point before time expires. You can use missiles to stun your opponent and reclaim the package. You can also make use of the rest of the gadgets you collect in the main game, which definitely adds some strategy as you attempt to juggle your ability cooldowns effectively. The only problem is the online lobbies are already pretty much dead. This makes it nearly impossible to enjoy what is arguably the game’s best feature, and that’s a real shame.

Detached is by no means a bad game. It’s an immersive trek into the great unknown that looks great and packs plenty of immersion while it lasts. The biggest issue is the shallow gameplay and the distinct feeling of deja vu that permeates the entire experience. There are numerous zero-gravity VR titles available today, and most of them pack quite a bit more of gameplay than what you’ll find here – especially when considering the game’s $24.99 price tag.

If you’re absolutely starving for another space-based game for your PSVR, Detached might be worth a look. Anyone else might want to wait for a price drop before taking the plunge.

Full disclosure: This review is based on a copy of Detached given to Hey Poor Player by the publisher.