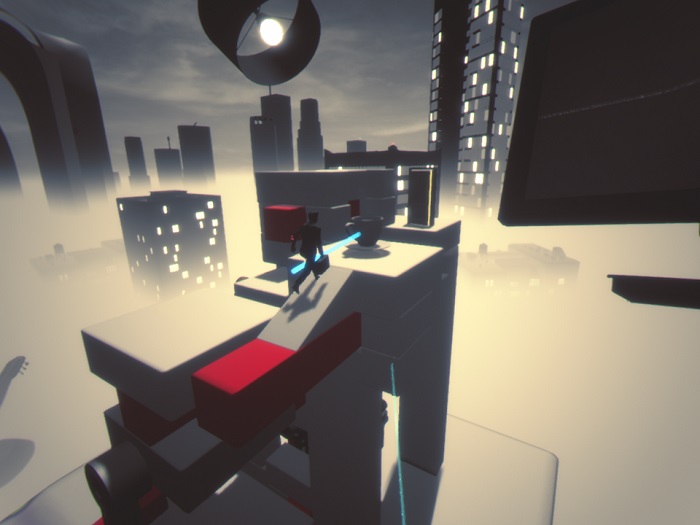 Salary Man Escape is the brainchild of prolific VR developer Red Accent Studios, who have released titles other well-received VR titles such as Light Tracer, Animal Force, and Pixel Gear. It’s a physics-based puzzler, where the player manipulates red blocks to get the titular Salary Man, from one point to an escape door.

Unfortunately, that’s about as interesting as it gets, as overall, the game suffers from numerous fundamental issues. 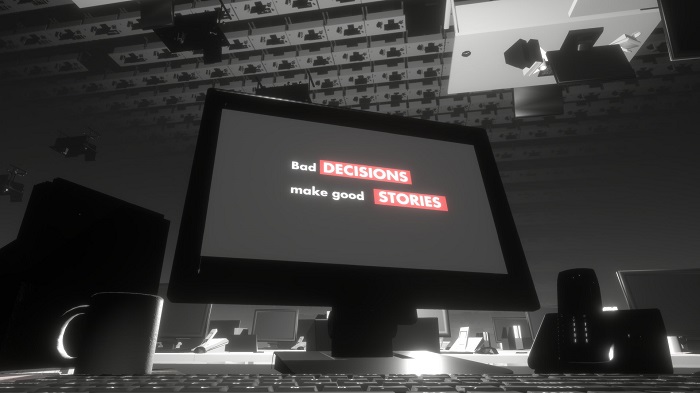 If you like physics-based puzzles, then Salary Man Escape is just what the doctor ordered. With almost 80 levels, there’s plenty of puzzles for you to get stuck into.

It’s split into six chapters, with each introducing a new mechanic for you to master. From tipping scales, balancing weights, shattering glass and conveyor belts, Salary Man Escape throws plenty at you.

The final chapter is a bit of a clusterfuck – which we won’t spoil for you – but it certainly tested our abilities to their limits.

All things considered, the puzzles in Salary Man Escape are good. The pacing is just about right, with things getting progressively more difficult as the game reaches its climax. We were impressed with how much content is on offer in the game and we certainly feel on that alone, it’s value for money.

It’s just a shame that just about every other part of the game lets it down. 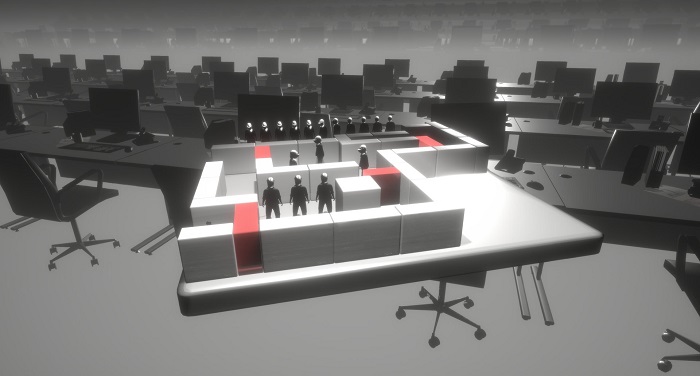 Being a VR game, Red Accent Studios supports the PlayStation Move controllers to manipulate items in the game world.

A bit like Jenga, you use the controller to remove red blocks from the puzzle you’re trying to solve. This usually moves another block or activates some sort of environmental trigger to progress the puzzle.

Unfortunately, at the time of writing, the PlayStation Move is poorly optimized for use in Salary Man Escape. Even in a well-lit room, over 2.5m x 2.5m, the tracking is very bad. In addition, it is actually quite tricky to pull out the blocks in the initial instance with the PlayStation Move itself.

We tested the PlayStation Move and PlayStation Camera with other PSVR games such as Skyrim VR and Doom VFR and encountered no similar issues in our setup.

There is an option to play the game with the DualShock 4, but we can’t help but feel this breaks the immersion of VR – not to mention, we found the standard controller to be quite unintuitive. You use the directional buttons to move the stage around, which are all inverted, and can’t be changed.

Our biggest gripe with the game centers around the physics-based puzzles and surrounding, uncontrollable blocks. A lot of the solutions rely on blocks falling in a certain way, so, if they land funny, get caught on something, or just generally don’t do what you want them to do, you’re having to restart the puzzle.

In our review, we did this several times on multiple puzzles and if we’re honest, it got us a bit riled up. 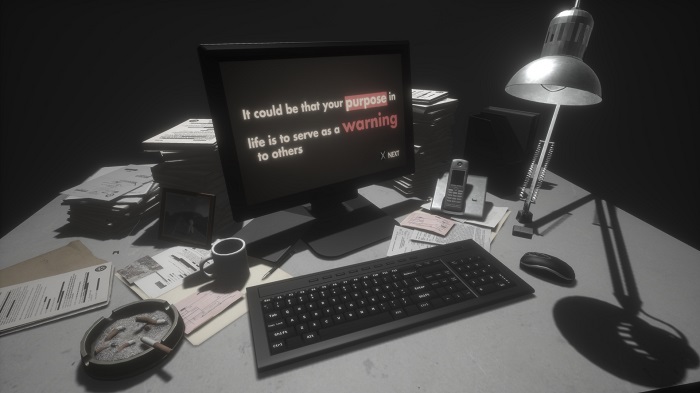 I mean, this is just pretty dark stuff!

The world Red Accent Studios have created in Salary Man Escape is supposed to be some sort of dystopian work-obsessed business world. Think Limbo-styled blacks, greys and whites, with a splash of red and you’ve got the art aesthetic for the game nailed on.

Each level is based in some sort of bizarre looking office-based environment, becoming increasingly abstract as the game draws on. While the graphics and art presentation for the game isn’t too shabby, the music, on the other hand, is an abomination. With a handful of tracks, the bizzaro 80’s J-Pop becomes old very quickly. We had to mute the sound as we were playing the game to avoid the repetitive nature of the tracks from driving us insane!

Finally, the game is supposed to be a comedic take on the business world, but even with the snippets that accompany the missions beforehand, and the text at the end, I found the majority of jokes actually fell on their head. They just weren’t funny at all.

It’s difficult to recommend Salary Man Escape. While the puzzles are decent, the rest of the presentation really lets the game down. Coupled with some dodgy controls, unfortunately, Salary Man Escape is a drab and frustrating affair, much like the 9 to 5 it depicts.

Full disclosure: This review is based on a copy of Salary Man Escape given to Hey Poor Player by the publisher.