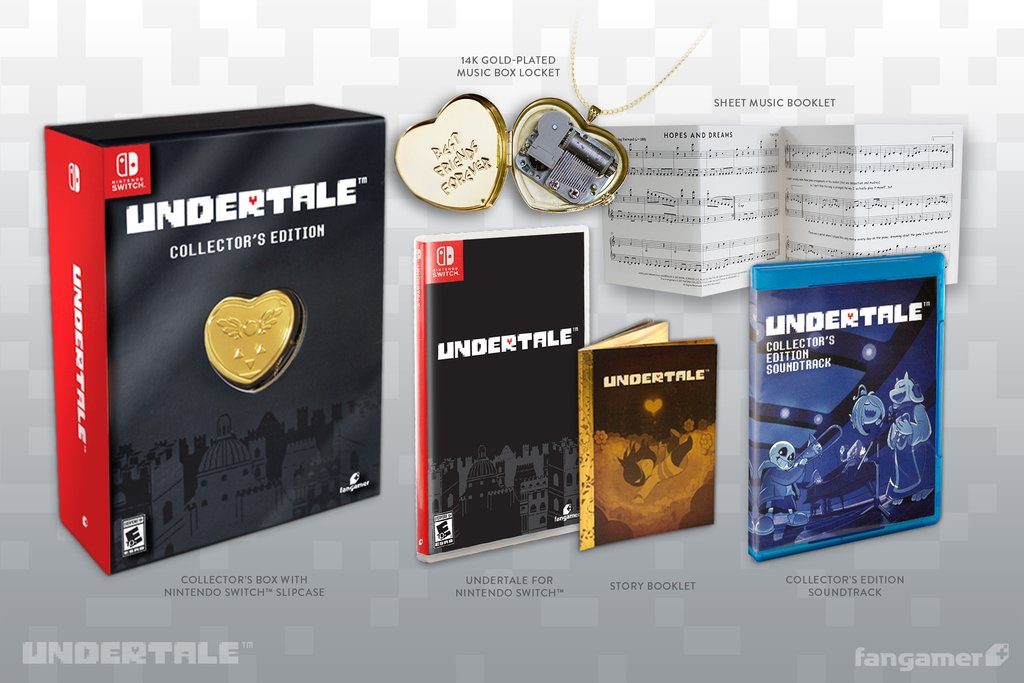 It’s hard to believe it, but it’s already been three years since indie developer Toby Fox’s beloved Earthbound-inspired RPG first found its way onto PCs. Now, in celebration of the third anniversary of Undertale’s release, a special Switch collector’s edition is now available to pre-order courtesy of Fangamer.

Identical to the PlayStation 4 collector’s edition that released last Summer, the Switch collector’s edition of Undertale is priced at $69 and includes a matchbox-style box, 14k gold-plated music box locket, story booklet, sheet music booklet, two-disc soundtrack, and, of course, a retail copy of the game. Those interested in securing a copy can pre-order the game through Fangamer here.

As someone who owns their previously-released PS4 set, I have to say that Fangamer’s CE is nice. Really nice. If you’re a die-hard fan of the game, then it definitely deserves a spot on your shelf. However, if you’re just a fan of physical media and don’t need all the extra fluff, then you’re in luck. There’s also a standard, no-frills edition of the game available for $29.

So, will you be snatching up this glossy collector’s edition package, or have you already had your fill of Undertale? Be sure to sound off in the comments and let us know.