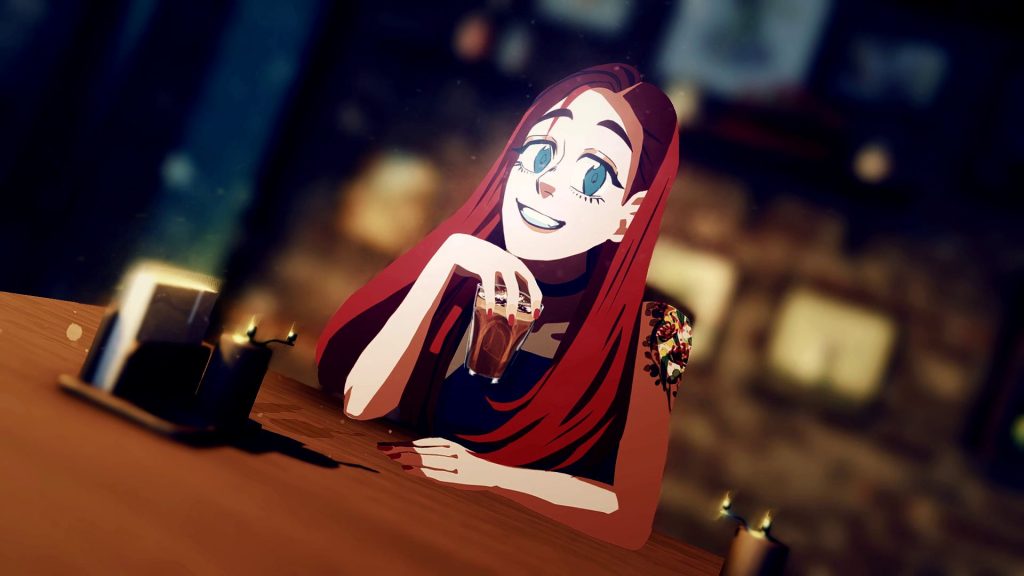 Melbourne, Australia-based indie developer Route 59 Games today announced in a press release that their upcoming cel-shaded visual novel, Necrobarista, will be coming to the PlayStation 4 alongside the previously-confirmed Switch and PC versions of the game.

Necrobarista’s story takes place within a supernatural coffee house in modern-day Melbourne. Far from your average Starbucks, the shop is run by Maddy, who, in addition to being a hell of a barista, just so happens to be moonlighting as a necromancer. Here, the dead can return to spend one last day on Earth, sampling the local arabica or tending to any unfinished business that needs to be resolved before strolling through those pearly gates.

Necrobarista’s narrative unfolds through a series of vignettes told through the eyes of the shop’s undead clientele and centers on Maddy as she tries to run a successful business, all while guiding her ghostly patrons to the afterlife.

“Necrobarista is a fresh new take on the visual novel,” said Kevin Chen, lead designer, Route 59 Games. “After spending the past few years cultivating this robust blend of narrative elements, we look forward to sharing the fruits of our efforts with players when we launch next year and are happy to announce our friends in the PlayStation community can come along on this ride.”

To mark the occasion, Route 59 Games has brewed up a new trailer for Necrobarista. Check it out below:

Those wanting an early taste of the story are in luck. The developer has confirmed that a demo will be available ahead of the game’s release next year.