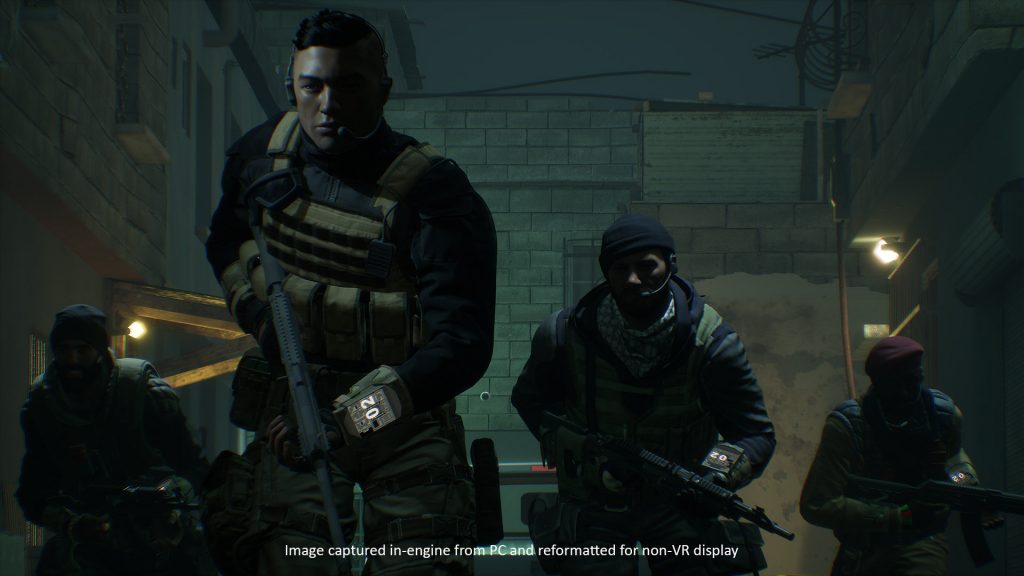 Firewall Zero Hour is set to storm the PSVR on August 28th. To get players pumped for the virtual reality tactical shooter’s release, Sony Interactive Entertainment and developer First Contact Entertainment have released a pair of videos showcasing the game’s mechanics.

In the Attacking 101 trailer (seen above), we get a look at what it’s like to go on the offensive in Firewall Zero Hour. As you’d expect from a Rainbow Six-inspired tactical shooter, teamwork is crucial to your success. The objective when playing as the attacking team is to find and disable the defending team’s firewall. Once the firewall has been disabled, the attackers must then locate and hack into a laptop located somewhere in the map and pilfer it of its sensitive intel so that it can be sold on the black market. It’s a simple premise, for sure. However, the added sense of agency and immersion that VR provides seems to go a long way towards breathing some fresh life into the genre.

While attacking looks like a blast, playing as the defending team looks even more exciting thanks to all of the gadgets at your disposal. Defenders are able to make use of barricades to keep out pesky invaders. Additionally, you can pepper the stage in proximity mines and lure your opponents to a fiery demise, or lob smoke grenades to blind the enemy squad before you ambush them.

Firewall Zero Hour is built from the ground up for virtual reality, right down to the mini-map that’s visible on your avatar’s arm. The game supports Sony’s PlayStation Aim controller. However, those lacking plastic firepower can still play using the DualShock 4. But seriously, what fun would that be?

Will you be picking up Firewall Zero Hour when it lands on the PSVR in two short weeks? Sound off in the comments section and let us know.