Adding a whole new meaning to “gaming on your cell”. 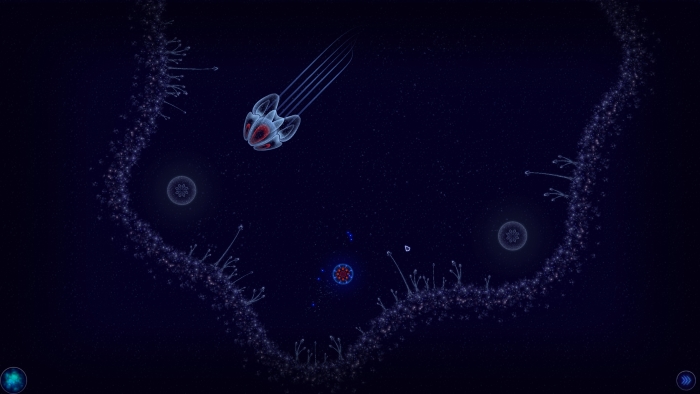 It’s great how diversified the strategy genre has become. From real-time strategy to tower defense to grand strategy, there’s a ton of different ways to dominate your opponent with some clever clicks. One of the more interesting ideas in recent years is the minimalist approach, originally pioneered by the likes of Eufloria. Similar games such as Auralux: Constellations took the concept to the stars, and now Microcosmum: Survival Of Cells shrinks the idea down to literally microscopic proportions.

The game places you in the role of a lone cell in an expansive fluid. The name of the game is quite literally survival, as you attack other organism while resisting being attacked yourself. You only have one resource: antibodies that your creatures constantly produce, which also fill the role of your army. With a self-sustaining economy, no building types, and a single unit to concern yourself with, you’re free to indulge in real-time troop management at its most rudimentary.

An undertaking of unimaginable (micro)scope. 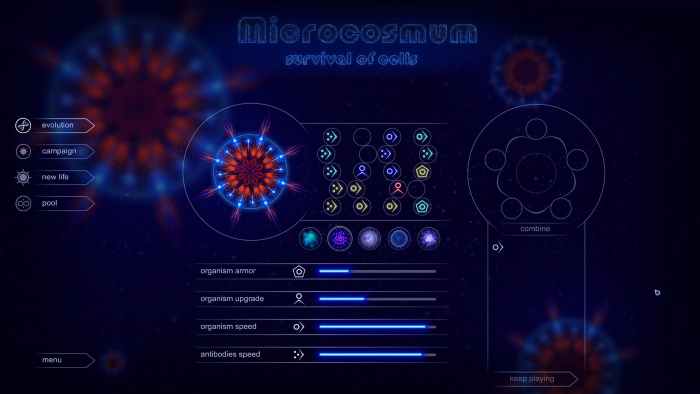 Gameplay is distilled down to the core of real-time strategy mechanics. With your supply of antibodies, you capture other organisms in the expansive fluid and convert them to your team, at which point they too begin to produce antibodies with reckless abandon. Each cell can be upgraded a number of times by absorbing their own antibodies, though is costly and has to be weighed against using your units for offensive attacks. Other organisms of varying colors also inhabit the microscopic world, and they too produce similarly endless supplies of antibodies that are hostile to you, and one another. You win once you’re destroyed all hostile creatures, though not necessarily through capturing all available microbes. After each round, you’re awarded “genes”, which increase various stats such as your armor, speed, and upgrade benefits. All genes can be combined and stacked several times, and after you’ve played enough rounds, you’ll find yourself with an extremely powerful and nigh-indestructible microscopic little terror.

Organisms can be moved about, through they’re generally quite slow. Nonetheless, moving your creatures to a safer, more strategic location can make or break a particular round. Occasionally, the playing area will feature membrane traps from which there is no escape. It’s still possible to win with trapped organisms, though this can make you a sitting duck. Some maps have exclusively trapped organisms to spice things up a bit. Many other maps have you starting out with some rather uneven odds, though it doesn’t even really hit frustrating levels of annoyance.

Of membranes and megalomaniacs. 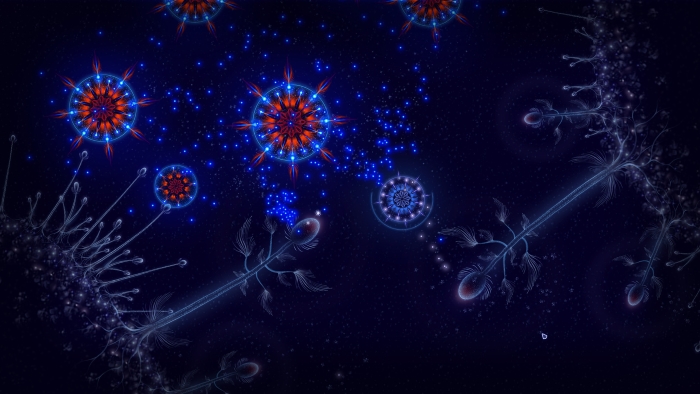 Other life forms also inhabit the Microcosmum. These include plant-like structures that act like magnets to antibodies and consume them. They can be used in a defensive capacity, stopping an armada of antibodies in their tracks. Unfortunately, they consume your antibodies too, so they need to be given some thought before utilizing their proper potential. There are also red “alien” aliens that don’t belong to any player and are destructive to everybody. Luring enemy cells into fields of alien antibodies can be a cunning and deadly effective strategy.

The game is pretty robust on its own, offering dozens of levels, but this title is best experienced when you add the assorted DLC to the mix. Some of them have superfluous purposes, like one which merely allows new colors for your organisms. One of the more thoughtful packs however include “New Life”, which introduces special abilities for players to load into their arsenal, such as ejected blobs of antibodies or leaving a trail of poison in their wake. Another DLC pack, “Mutations”, has new organisms with speed and defensive bonuses. Yet another campaign, “Aliens”, features very strange new lifeforms that resemble plankton and spawn endlessly from nests. Finally, there’s a DLC for a random level generator so you can keep waging microscopic warfare even after you’ve bested the various campaigns. All are worth checking out and all are relatively cheap.

Microcosmum: Survival Of Cells is an interesting, if not terribly deep, real-time strategy affair. The microscopic theme is a natural fit to the cutthroat nature of rapid unit deployment, though the ambiance and slow pace making for a rather soothing experience. For RTS fans who want to cut out the cruft of economies and building and get straight to bloody battle, this is definitely the sort of game for you. If you think you could evolve a taste for this wayward indie title, then swim on over to its official Steam page now to grow a copy of your very own.

Full disclosure: this review is based on a Steam key for Microcosmum: Survival Of Cells purchased by the reviewer.