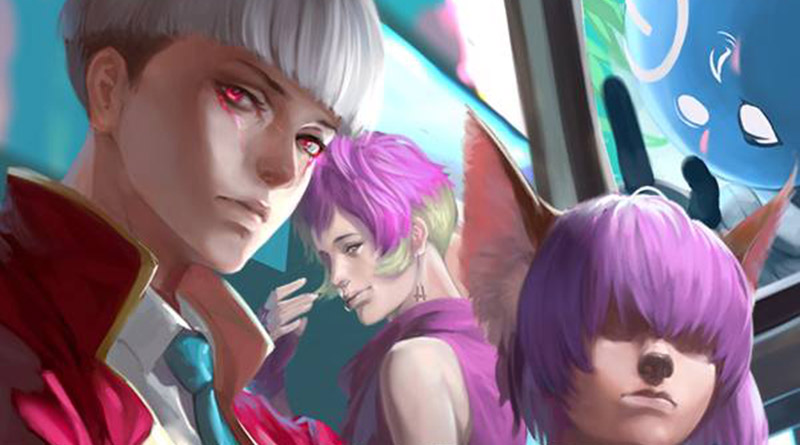 2064: Read Only Memories Integral, studio Midboss’ cyberpunk adventure game inspired by Snatcher, Rise of the Dragon, and Gabriel Knight (albeit an awful lot less gritty than those aforementioned games), will be making its way to the Nintendo Switch next month, the developer announced today.

The game originally released on PCs in 2015 and eventually made its way to a number of other platforms including the Vita, PlayStation 4, and Xbox One. This updated port introduces a number of new additions including the “Punks” side story as well as video clips from the cutting room floor, a jukebox with new musical arrangements, voiced dialog, and more.

Here’s a synopsis of the game’s plot courtesy of the developer:

“Neo-San Francisco, 2064 AD. Your life as a struggling journalist is interrupted by the world’s first sapient machine, a ROM (Relationship and Organizational Manager) named Turing. Together, you and the quirky robot will encounter a colorful cast of locals and overcome challenges as you uncover the city’s secrets behind the overlapping futures of technology and humanity.”

“The core of Read Only Memories’ beloved story complete with positive representation of marginalized people is unchanged, but it’s been enhanced and expanded over the years.” said Cade Peterson, interim CEO, Midboss. “With the definitive edition for Nintendo Switch, players returning to the futuristic world of Neo San-Francisco can find just as many things to be excited about as people visiting for the first time.”

2064: Read Only Memories Integral will launch on the Nintendo Switch eShop on August 14 with a fitting price tag of $20.64. The game will support English with full audio and Japanese with a text-only localization.