Milk and corn are very delicious. 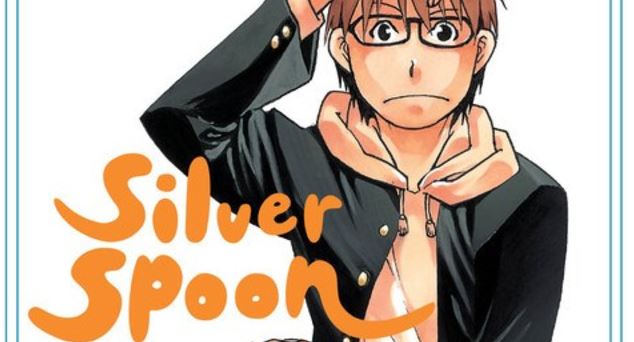 When I reviewed volume 2 of Hiromu Arakawa’s Silver Spoon, I claimed it was already one of the best manga available in America today; as of volume 3, however, I now revise that by saying it’s probably the best. Not since Yotsuba&! have I picked up a slice-of-life manga and was left grinning ear to ear from beginning to end – Arakawa’s perfect blend of eccentric humor and relatable characters create something that feels so real, even when we’re busy laughing at impossible manga hi-jinks (right down to when the egg-shaped Tamako temporarily slims down into a model superstar; “heat exhaustion,” we’re told).

In case I haven’t hammered it down enough, Arakawa is at her A-game in comedy here, with Tokiwa – Hachiken’s hapless classmate — being the star of the show. Alas, he becomes mired in trouble moment he returns from summer break, first being punished by manual labor in his gross violation of the school dress code (all the trinkets, haircuts, and bling he brought from vacation, you understand), and then sentenced to manual labor again when — via misunderstanding – he spreads a rumor over two students’ “intimate relationship”. His school festival struggles to fend off the horde of fellow EZO AG students from raiding his uncle’s fried chicken stall also end in vain, as his ravenous peers cease in deliberately targeting high-carb meals and immediately prowl for healthier options, leaving countless vendors empty, demoralized husks. Should we be worried he doesn’t know what one plus one is?

It’s these characters’ active passion that makes Silver Spoon such a joy: for instance, right before we wrap up Hachiken’s summer vacation at Mikage’s farm, we can’t help but laugh at how much they really love food, be it abruptly hosting a barbecue the moment they’re gifted corn of the cob or when Mikage’s grandfather not-so-subtly encourages Hachiken to drink raw, unsterilized milk. Their delight in his rapturous reception is infectious not just to the point where we enjoy learning the ins-and-outs of corn (did you know corn starts losing its freshness the moment it’s picked?), but that we’re happy he’s happy even through something so insignificant. 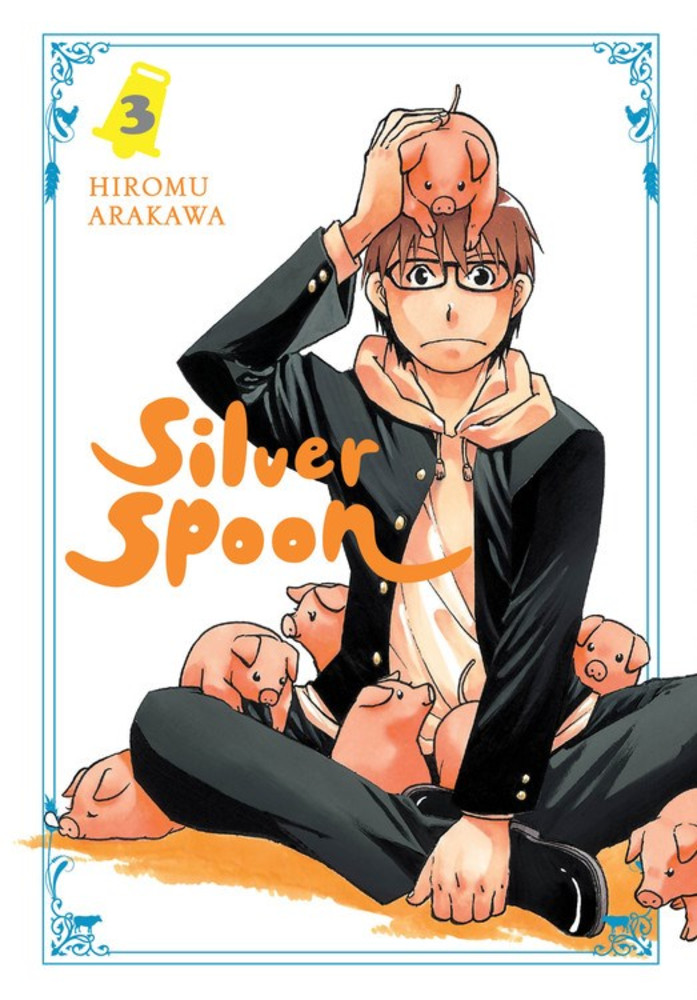 Not that we don’t get some well-balanced friction, of course: Hachiken’s vagabond older brother, Yugo, literally crashes his summer vacation and imposes his cheeky self into the Mikage household. While his appearances are mostly played for laughs — let’s just say his dreams of cooking hit some fundamental roadblocks – the stand-off between him and his father via phone call is perhaps the book’s most striking moment: Yugo openly taunting his father as he reveals his master plan in foiling his wishes, all the while Mikage’s diminutive grandmother nonchalantly sips tea, neutral to the bad blood erupting inches away. Even through the phone, their father does not, in the slightest, sound like a very friendly man, setting some very foreboding tones for the future. Still, it would be a mistake to write off Yugo as a good-for-nothing: while his (hilariously abrupt) call cut off is surely rebellious in itself, it’s more implied he’s looking out for his little brother (and who could blame him: why have an angry father storm in and ruin things when Hachiken’s doing his best to find some meaning?).

Surely, however, the most relatable story element is his guilt over Pork Bowl, the EZO AG piglet he took a shine to and, alas, is scheduled for shipping out. Surely, any of us non-farmer folk can sympathize – really, how could you butcher and cook something with such an innocent face? Still, livestock is livestock, and that’s how Hachiken’s ultimate choice displays the maturity hinted by Mikage’s grandmother: there’s no fairy tale ending, but instead realistically assessing his options by not merely honoring the ways of EZO AG, but Pork Bowl’s role and his memory. As evidenced by the volume’s very last page, this sub-plot has a little ways to go, but I like to think his choice here as his first real step into becoming a man.

Despite the idyllic presentation and frequent bouts of comedy, to claim Silver Spoon’s success derives from slice-of-life pleasantness would be wrong – Hachiken’s struggles in understanding a world alien to him (he watches a pig get slaughtered on film, for goodness’ sakes!) will surely continue to impede him, and the inevitable conflict with his parents raises red flags for the future. But as humbly sweet as the likes of Yotsuba&! and Teasing Master Takagi-San are, there’s truly nothing like a slice-of-life series that channels the protagonist’s growth with our own. Silver Spoon, as a series that delights me merely in the protagonist discovering new foods, is living proof of that, and even knowing what comes next, I’m already ecstatic to read the next volume.