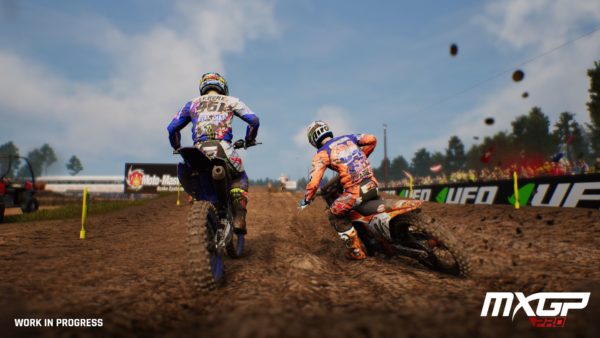 MXGP Pro is the latest motocross simulator from Italian developer Milestone S.r.l. It was only last month that I reviewed the distinctly average, but not terrible, Moto GP 2018 – so I came into this game with middling expectations.

In comparison to Moto GP 2018, I enjoyed MXGP Pro much more because of the slightly more forgiving nature of the game. However, much like it’s track-based counterpart, it suffers from some of the same flaws. 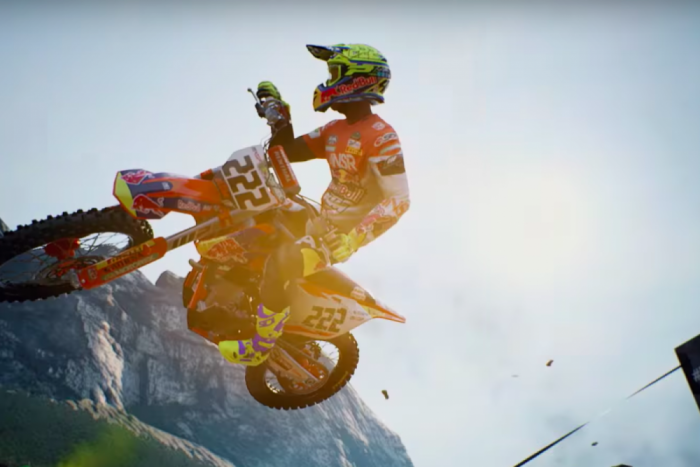 As someone who plays motor racing games casually, I was pleasantly surprised with MXGP Pro’s induction into motocross life. Upon launching the game, you’re thrust into the ever-familiar character creation screen, where you are given a limited range of generic faces, body types and ethnicities to forge your character from. You can also choose from a limited number of branded motorbikes to launch your MXGP Pro career.

Deeper customisation options, including overalls, helmets and accessories for your bike are available but are locked behind the games progression system, which is tied into a standard credit and reputation system. Once you’re happy with your character, you’re immediately sent to your compound – essentially your base of operations – for some training. And as a new-comer to the series, the tutorial was really useful for getting up to speed with the nuances of the game. You’re taught everything you need to know, from shifting your weight to transitioning from jumping to acceleration, to gloriously scrubbing over the games many jumps. Once you’ve been through the tutorial, you can take some practice races around the track at the compound, or free roam and practice what you’ve learned.

Carving Through The Pack

It was at this point, I took a moment to appreciate the graphics of MXGP Pro. Once again powered by Unreal Engine 4, the motocross simulator looks outstanding. Mildly moist tracks – catching reflections of sunlight in puddles of water – reflect dazzling rays of sunlight, right at you, as you ride. Not only that, but the presentation of the surrounding scenery is excellent, with trees, mountains and other flora and fauna beautifully presented. And the tracks get chewed up exactly the way you’d expect in motocross in real life, with mud, sand and silt ground up, and spat all over the place as you ride across them. Fully licenced tracks and racers all add to the immersion of the simulation. It’s just a terrible shame other parts of the presentation let the game down.

Character models look suspiciously last-gen, with blocky faces, and low-res features. But also, touches like the menu music really let the game down. After four races, I’d already heard all the tracks featured in the game, and none of them is licensed. But licensing isn’t really the issue here, it’s more the lack of choice and the generic dance beats. Perhaps the biggest issue with presentation though is the obnoxious loading times. Upon loading a single race, I had time to send three WhatsApp messages, post sarcastic comments on a mate’s Instagram, and solve the Brexit dilemma facing the UK, before the race loaded. In the next iteration, Milestone S.r.l must find a way to remedy the loading times.

Forgiving And Punishing – All At The Same Time 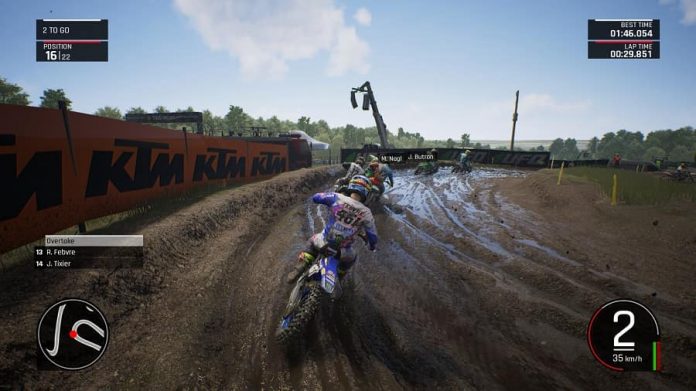 Racing in MXGP Pro strikes a balance between being an unforgiving bastard, and angelic bliss. In fact, the carrot and the stick act is so well refined, it awakened an insatiable appetite for motocross, borne from my competitive nature. Unlike track-based games, there is much more to think about in MXGP Pro. For instance, navigating jumps requires an intrinsic understanding of where and when you need to shift your weight. Add scrubbing into the mix, as well as other tricks, the changing conditions of each surface; and you truly have your hands full while racing.

Initially, I found the game quite tricky to get to grips with, but once I’d got used to the mechanics, and spammed the rewind feature, I decided to switch rewinds off essentially, doing away with the stabilisers. It felt very rewarding. And to further enhance the difficulty, like most racing games, MXGP Pro has a wealth of options to make the game more challenging. For instance, you can make the AI riders more difficult, change your gears manually or even alter race conditions. Overall, Milestone S.r.L nailed the balance between arcade-y accessibility and satisfying simulator. 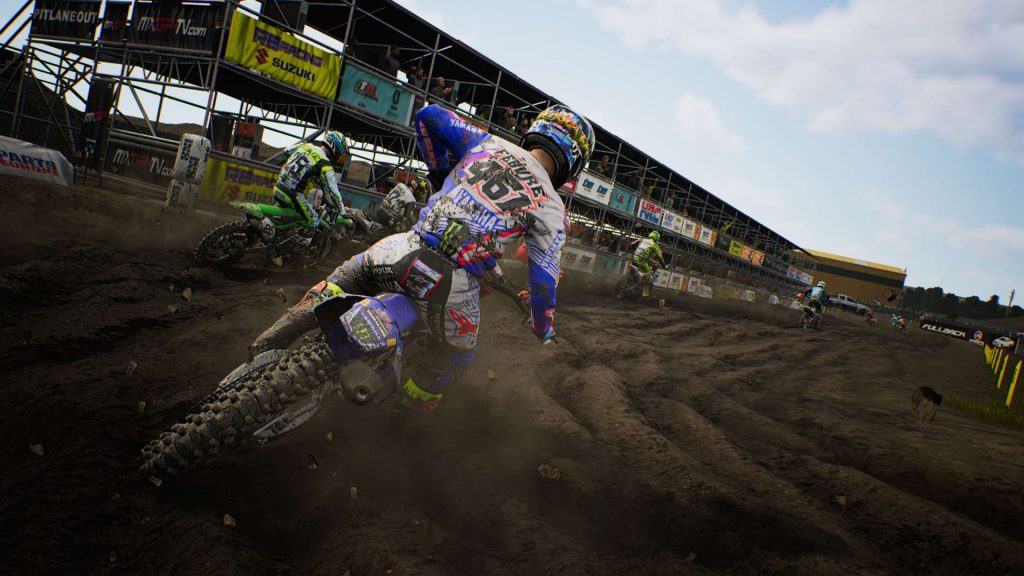 Sliding Up The Leaderboard

The biggest part of MXGP Pro is the career mode, and unfortunately, this being the third Milestone S.r.l career mode I’ve played, there’s very little here to distinguish the game from its predecessors. With the character you created when you first booted the game, you start career mode by signing up with a couple of sponsors, who issue you with customised equipment, accessories and clothing. An interesting dynamic to the sponsors is that they set challenges for each race you’re in. For instance, accumulating a specific number of points per race, doing a certain number of scrubs or finishing in a certain spot. In terms of the way career is set up, you race to accumulate MXGP credits and reputation points. Reputation points allow you to access to well-known branded-gear using your MXGP creds to purchase them once you’ve earned enough rep to unlock them.

After each race, you’re prompted to react to comments from your competitors and pundits, adding a bit of spice to proceedings. Unfortunately, MXGP Pro won’t earn any awards for simulating great sporting rivalries such as Senna vs Prost or Ronaldo vs Messi. Issuing spikey responses to criticism doesn’t really have any ramifications to my knowledge, except for your rival acquiring a sad, happy or indifferent emoji in the race standings. After spending eight races in the career mode, I felt like there were no consequences to my actions, and much like criticism I levelled at Moto GP 2018, career modes in games require the Hollywood treatment FIFA and NBA 2K have received. Without a tangible storyline, and no consequences to my actions, or any kind of development for my character, I felt little reason to continue my career mode after eight races. The game also features a multiplayer mode, which I got to try out for a couple of races. There were no matchmaking issues, and after the painfully long loading time, I got paired with a few other human players. The race descended into a bit of a Road Rash-styled affair with other human players knocking into one-another and forcing each other off the track. But overall, the experience was smooth, fun and lag-free.

Is It Time For Milestone To Take A Break?

Being my second Milestone S.r.l game in as many months, it is difficult to ignore the similarities between MXGP Pro and Moto GP 2018. All the features in both games are pretty much the same, the career mode are copies of one another, and both suffer from long loading times. Ubisoft clearly demonstrated the benefit of resting Assassins Creed, its flagship IP, when they delivered the quite excellent, Assassins Creed Origins. The question is, are Milestone S.r.l brave enough to do the same?

Full disclosure: This review is based on a PS4 review copy of Moto GP 2018 given to Hey Poor Player by the publisher. 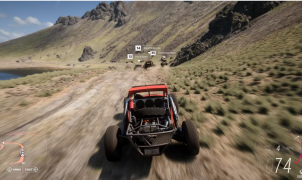 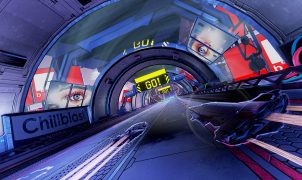