Feed Your Head to the Web 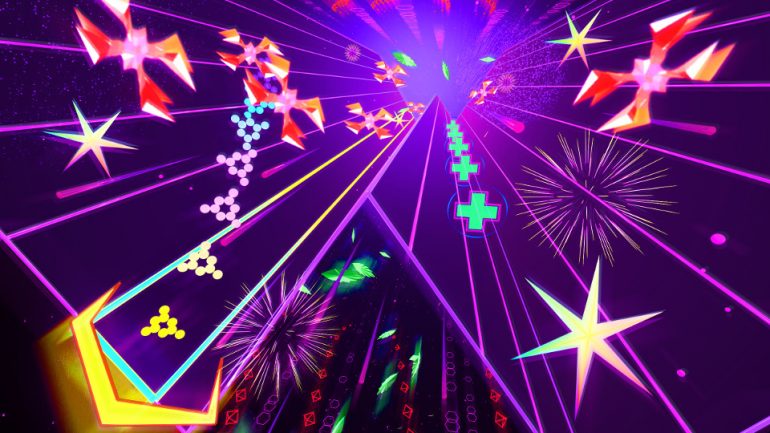 When it comes to arcade shooters, few are quite as iconic as Tempest. Originally released in arcades 1981 (and later on a number of platforms including the Atari ST and ZX Spectrum), it was the second hit for Missile Command creator Dave Theurer. The title was a huge success for Atari, pulling players in with its eye-catching vector-based graphics and considerable challenge. Even to this day, Tempest remains hugely popular in the coin-op collecting scene, currently ranking 22nd place KLOV’s list of arcade video games.

As great as the original release was, Atari took their beloved tube shooter to the next level in 1994 with Tempest 2000 on the Atari Jaguar. Developed by Jeff Minter, it once again put players in control of the Claw spacecraft to mow down waves of aliens as they marched ever towards the player across varying prismatic playing fields. However, this time the dial was cranked to 11 thanks to the introduction of a wide array of power-ups, bonus stages, and a pumping techno soundtrack that was sure to get your blood pumping. A true diamond in the rough that is the Jaguar’s library, the title cemented Minter’s legacy as a legendary game developer.

Now, 14 years since Tempest 2000 breathed fresh life into Atari’s classic arcade shooter, it’s time for another trip down the tubes with Tempest 4000. Once again developed by Minter’s studio Llamasoft, this long-awaited sequel features vibrant 4K visuals, 100 chaotic stages, and three game modes to choose from. But is it enough to pull in veteran Tempest fans and newcomers alike?

Clawing at Your Nostalgia 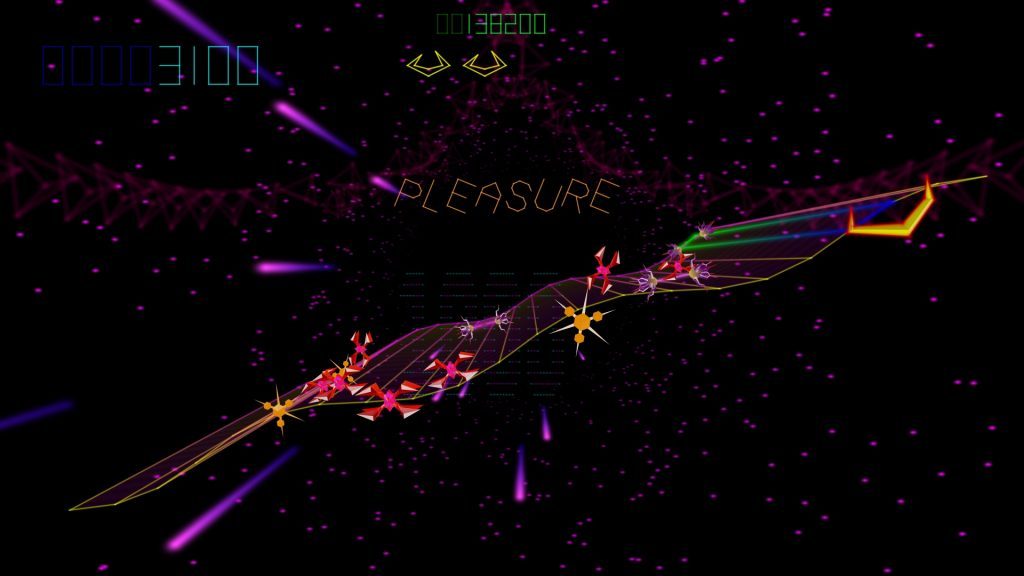 If you’ve gone a few rounds with Minter’s own Tempest-like TxK, you’ll feel right at home here. Tempest 4000 is essentially the same game as that Vita release, albeit with some enhanced visuals made shinier with the addition of 4K support. The goal of the game is simple: aliens emerge from the distance along sections of a prism as you maneuver your ship around the perimeter, blasting invaders into space dust. You’ll have to be fast, though. If an enemy reaches the edge of the playfield, they will begin pursuing you along the edge of the tunnel. Once caught, they pull you into the inky blackness of space, never to be seen again.

Thankfully, you’ll get your hands on plenty of power-ups that can help even the odds. these come in the form of more powerful lasers and ability to jump over edge-clinging pursuers. However, these all pale in comparison to the super zapper. This screen-clearing bomb is limited to one use per stage, but can even blast you free of the clutches of an alien that’s grabbed you – that said, you’ll always want to keep one on hand until you absolutely need it.

Fast, frenetic, and challenging, Tempest 4000 is a real thrill ride that does a great job of scratching that primal arcade itch. The stages start out simplistic enough, but as you progress they become crazy figure eights of polygonal destruction. It’s a satisfying score-chaser that pulls you in with its trippy visuals, pumping techno soundtrack and tough-as-nails gameplay. But that’s not to say it’s without its share of issues.

Digging Your Own Rave 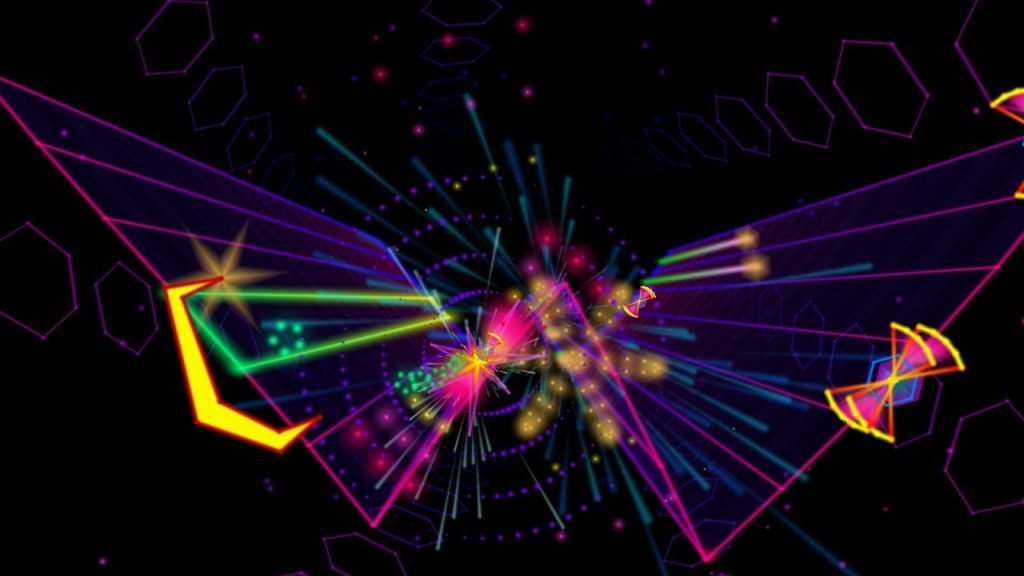 While Tempest 4000’s hallucinogenic visuals are certainly charming, they ultimately prove to be your most lethal enemy. As your kills and bonuses pile up, the screen quickly becomes blanketed in wild particle effects and undulating pulsations of light and neon death. Without a doubt, it looks awesome. But unless you’re Timothy Leary, you’re probably going to have a hell of a hard time telling what’s actually going on. When things really pick up, it’s incredibly easy to lose track of your ship, enemies, and incoming projectiles. I probably died hundreds of times during my review playthrough simply because the on-screen visuals were so distorted I simply couldn’t tell what was going on until the “Game Over” text faded onto the screen. And though I love a good challenge, this made the chances of my success feel more luck-based than anything, which is pretty disappointing.

This issue only gets exacerbated later in the game, where rotating, multi-tiered stages begin to spin on a whim, inverting your controls in the process! However, with some grit – and a bit of luck – Tempest veterans will persevere. Still, these elements can, and often will, combine to make Tempest 4000 more frustrating and random than it should be. After all, the best arcade-style games are about tight, precision gameplay that’s easy to pick up but difficult to master. These frequent quirks go against that mantra, delivering an experience that oftentimes feels too random for its own good.

Though the psychedelic effects are a double-edged sword, one area of the game’s presentation that really shines is its soundtrack. Inspired by early 1990’s house music, Tempest 4000’s soundtrack grabs you by the ears and makes you beg for more. It’s a pounding, energetic feast for the ears that does a great job of pulling you into the on-screen chaos as you slip into trance-like state where nothing matters but reducing baddies to bits of twitching pixels. It’s some seriously good stuff, and almost worth the price of admission in itself.

Like I said before, Tempest 4000 is a challenging game. And with three challenging modes to conquer – including the continue-free Classic and endless Endurance modes – there’s more than enough here to keep you glued to your controller for the duration of its 100-level gauntlet. And while I do wish the game’s visual flourishes were toned down just a bit to dial back the needless deaths, this proves to be a minor quibble that never kept me from coming back for more.

Tempest 4000 isn’t perfect, but it’s still a really enjoyable score-chaser that does a great job of capturing the spirit of its predecessors. If you’re looking for a nostalgic romp that will test your skills (and your eyesight), you’ll certainly find what you’re looking for here.

Full disclosure: This review is based on a copy of Tempest 4000 given to Hey Poor Player by the publisher.