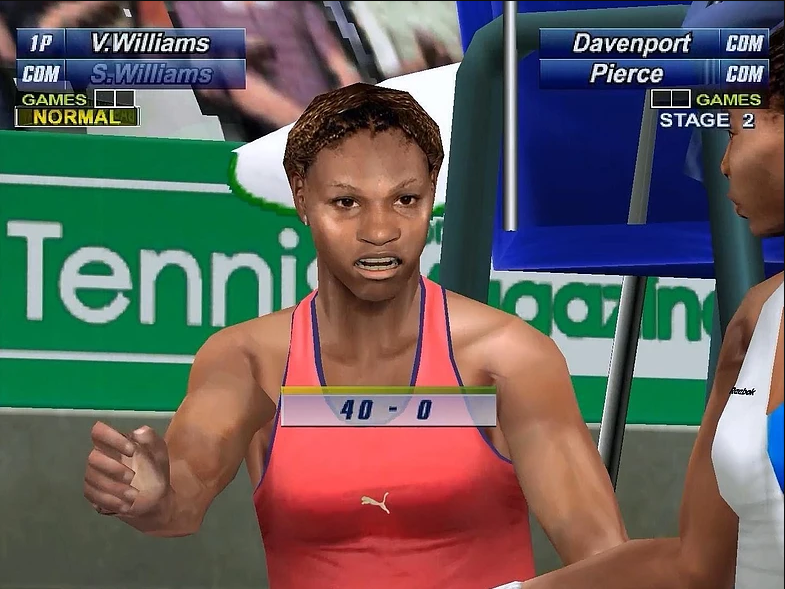 “Can i get some strawberries and cream please?”

Wimbledon 2018 is over. For two weeks of every English summer, come rain or shine, everyone in England becomes a tennis fan. After all, Wimbledon is so quintessentially English. Throw in the nation’s fondness for queuing, along with strawberries and cream, and you have the complete Wimbledon experience. Well, maybe some tennis too. And be on the lookout for Cliff Richard if rain disrupts the occasion. You’ll thank me later. And The Queue, as it is officially known for Wimbledon, is often half a mile long or more. Why wait three hours or more in the current searing SW19 heat, with no guarantee of any entertainment? Why indeed, when the greatest video game tennis experience has been in the palms of our hands for the best part of 20 years.

Sega’s Virtua Tennis series laid the marker for tennis simulations in both the arcades and at home for the majority of the 2000’s. I won’t bore anyone with yet another Sega Dreamcast history lesson, but its significance and popularity was largely due to arcade-perfect home conversions such as Virtua Tennis, and in particular its sequel, Virtua Tennis 2. The Dreamcast delivered what the Sega Saturn and Sony Playstation simply couldn’t; arcade-level gaming in the home. And Sega’s now-absorbed Hitmaker development team were one-time masters of it.

The clue is of course in the name. Hitmaker did just that: make hits. Hits that in some cases easily still stand up today. Despite two sequels coming in the years and gaming generation after, nothing has touched the Tennis scene better than the first sequel in the series. Released in 2001, Virtua Tennis 2 was quickly ported to Dreamcast on the back of the original’s success. It is arcade-perfect both aesthetically and mechanically in every way, a concept none-too-common at the turn of the century. Hitmaker added bucket loads of content, particularly for the single player, to an already coin-grabbing classic.

Team up for double fun 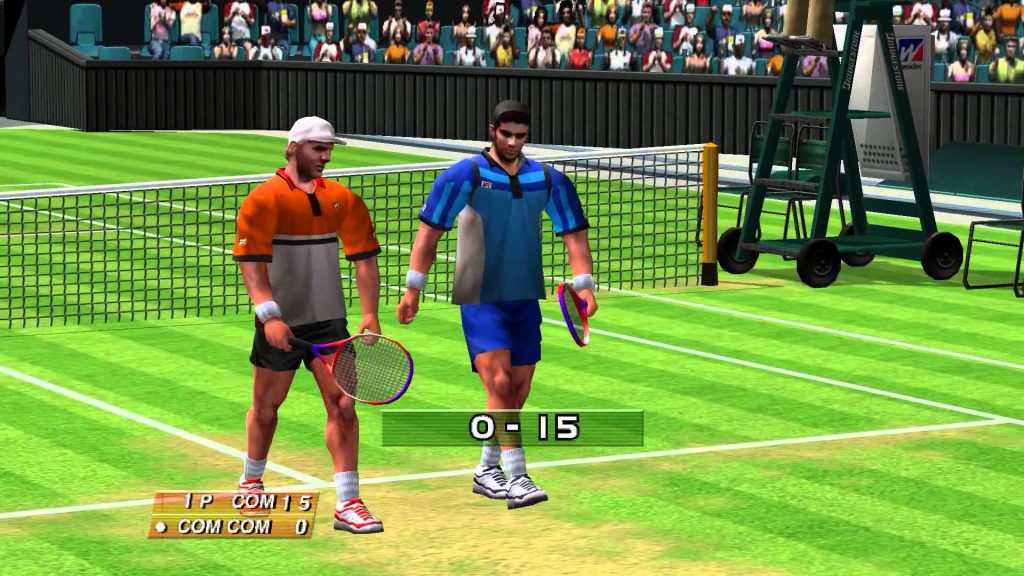 “Is there a bathroom in this tennis club? Because I’m about to drop a deuce”

AI-reliant single player modes sometimes prove to be a drab, soulless affair (I am literally staring at my copy of FIFA 18 right now). No sign of that here, particularly in career mode where you create your own tennis pro. The matches are in a calibre of their own, with increasingly-challenging CPU opponents thrown in. But it’s the developmental mini games that really serve up the aces. One of them literally, as you practice serves across court into bowling pins to reach a target score. It’s simple, it’s fun, it’s brilliant. In FIFA, the would-be cute training mini-games and training set pieces offer little more than a meaningless preamble for the most part. Virtua Tennis 2 began using such training regimen to better your player before it was cool.

All the training and match wins lead up to Wimbledon, or the “English Championship” as it is referred to. Sega may not have acquired the licensing for the Grand Slam venues, but it makes up for that with its roster. Although mostly serving as collection of tennis’ past, such as Tim Henman and Pat Rafter, 2018 finalist Serena Williams is part of the newly-added female roster. This game is seventeen years old. If that isn’t another great nod to the world’s greatest tennis championships I don’t know what is. The female roster added a new dynamic to the tennis video game; mixed doubles matches, and a different tennis experience. Less serve and volley, more ground-strokes and decisive rallies. The male and female differences also means two different dimensions to career mode. You’ll engage in hours of entertainment, but it’s also perfect to dip in and out of between matches and mini games. 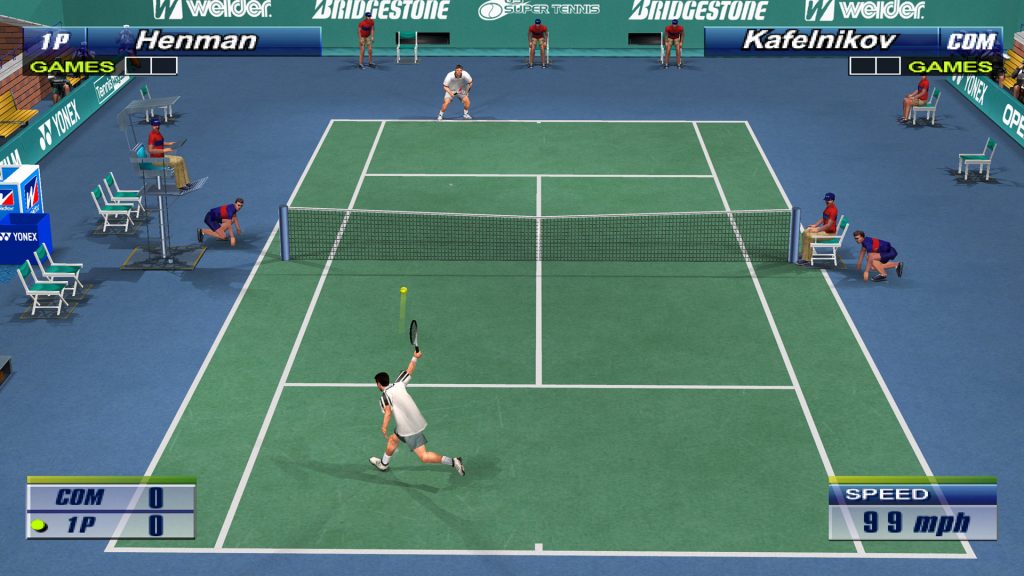 In today’s world of online sports gaming, sports simulations are frequented by players hundreds or even thousands of miles apart. But Virtua Tennis 2 is from a different era. People, actual people, need to attend somewhere physically for the multiplayer experience. Imagine that. Actual banter in your face. Or someone else’s. Plus you don’t look like a tit like many a Wii Sports player often does, as if the more wildly the arm is swung the better the shot will be. It won’t, mate. Have a lie down.

Fans of queuing, strawberries and/or cream will be disappointed with the lack of digital equivalent. Don’t judge us, we’re weird like that. We queue, then we die. If it were possible, the English would probably queue to die. If the National Health Service were to worsen in the coming years we may well actually have to do just that. But there is a solution. Only got 2 controllers between your friends? Why not make those waiting their turn queue at the door? Maybe while stuffing their faces with – you guessed it – strawberries and cream. Problem solved.

You see, any sports fan, even players of the sport, needs to realise that Virtua Tennis 2 is as pure a sports gaming experience as they come. I’ve sparsely watched a single rally of tennis since the 2012 Olympics but 30 minutes of Virtua Tennis 2 and I’m pulled right back in. I want to dust off my old racket and have a rally myself. Who says video games aren’t good for you? Virtua Tennis 2 serves as a perfect reminder of a time when sports games were more immediate. No installation times. Miniscule loading times. Huge fun. And best of all, no queuing required. Sure, you won’t see centre court for real. But for a third of the queuing time you could have a blast with the best. And not have to keep an eye on the weather in case Cliff Richard shows up.

Infinite Button Bashing What’s in a name? Not much, apparently. When I first heard the title of Nitroplus Blasterz I expected it to either be a Top-Down Shooter or…