Many of the original Smash amiibo will be reprinted, too! 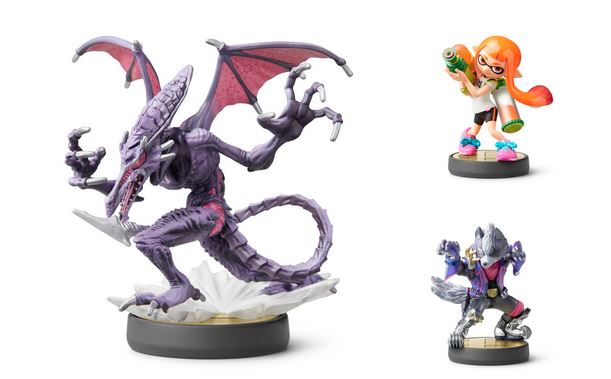 Amiibo collectors, open your wallets: three Smash Bros. amiibo will launch alongside Super Smash Bros. Ultimate on December 7th. As mentioned on the Nintendo Versus Twitter, amiibo for Inkling, Ridley and Wolf will arrive at $15.99, with more certainly to follow. Furthermore, many Smash Bros. for Wii U and 3DS amiibo will be reprinted later this year for $12.99, although it’s unknown who’ll make the cut. We don’t quite know why there’s a discrepancy in price, but them’s the breaks — for reference, the Champion amiibo for The Legend of Zelda: Breath of the Wild received a similar price upgrade.

It was also confirmed via a report from Nintendo’s Japanese site that all veteran fighters returning for Ultimate will receive the amiibo treatment — as a refresher, this includes not just Wolf, but also Snake, Ice Climbers, Pichu, Young Link, and Pokémon Trainer. It’s unknown whether Squirtle and Ivysaur will be separated into their own amiibo or be situated alongside the Trainer, but we imagine squishing those three figures together to be a tall order, so set aside some cash!

Are you ready for another amiibo shopping frenzy? Let us know in the comments below!