Ghouls and Investigators clash in bloody online battles in Tokyo Ghoul: re Call to Exist 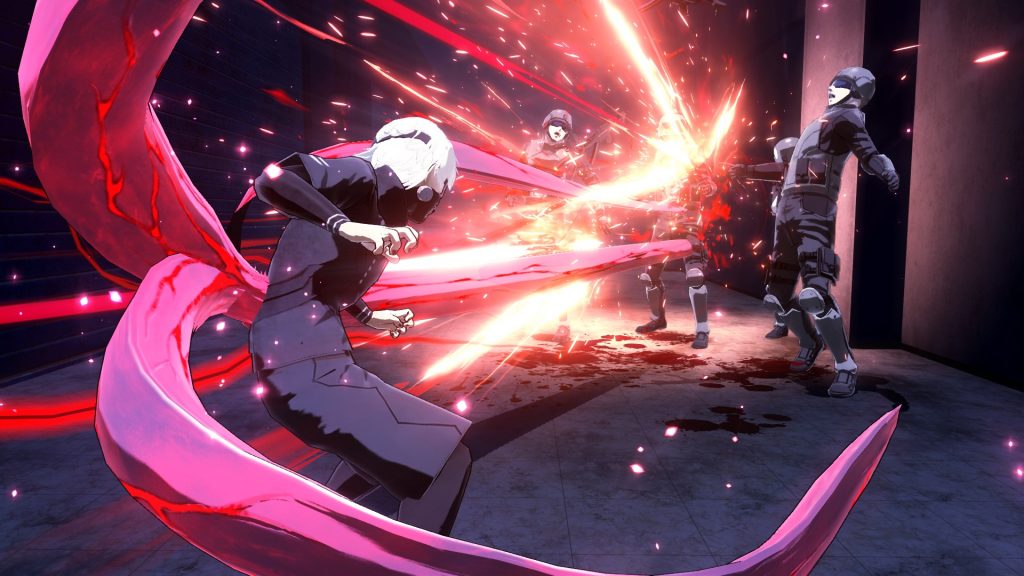 Tokyo Ghoul: re Call to Exist, the debut game based on Sui Ishida’s dark fantasy manga series, will be making its way to North America and Europe on the PlayStation 4 and PC.

A survival-focused action game, the title brings together characters from across the franchise, including Tokyo Ghoul, Tokyo Ghoul √A and Tokyo Ghoul:re. It features online cooperative play, where players fight for survival as either a Ghoul or Investigator. Each type has their own unique skills and weapons to master, including Kagune – a Ghoul’s predatory organ that is used as a weapon – or Quinque – an Investigator’s weapon created from the vanquished body of a fallen Ghoul.

“In bringing a Tokyo Ghoul game to the West, it was important to stay true to the source material and feature popular characters, the manga’s worldview, and the unique atmosphere drawn from across the franchise,” said Abelina Villegas, Associate Brand Manager at Bandai Namco Entertainment America Inc. “Tokyo Ghoul: re Call to Exist encapsulates the spirit of the popular dark fantasy manga franchise presented through ghastly graphics and fast-paced gameplay we know fans will love.”

Alongside the announcement, Bandai Namco has released a trailer for the game highlighting its tense atmosphere and over-the-top action. Want to see it in action? Of course, you do! Check it out below:

An actual release date for the game has yet to be confirmed. However, it’s safe to say that it will likely be after the Japanese version launches this winter. Stay tuned to Hey Poor Player for more details on this exciting title as they become available.

Will you be diving into the hellish world of Tokyo Ghoul: re Call to Exist when it lands on PS4 and PC? Let us know in the comments section.