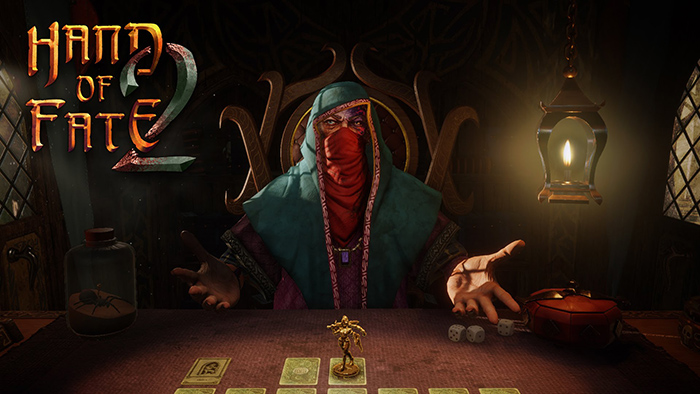 Brisbane-based developer Defiant Development today announced that their deck-building action RPG, Hand of Fate 2, is coming to the Nintendo Switch on July 17.

“We’ve been careful not to tip our hand about this news until now, but our team is thrilled to finally announce Hand of Fate 2 is coming to Nintendo Switch,” said Morgan Jaffit, Director, Defiant Development. “We are very much looking forward to seeing fans having the opportunity to take the game on the go with this exciting new platform.”

Hand of Fate 2 is the sequel to Defiant’s hit RPG, which has been downloaded over 2.5 million times since it first launched in 2015. The game puts players in the role of a new hero who must take on the mysterious antagonist, the Dealer, to claim revenge after his dramatic defeat at the end of the original game. To take on the Dealer, players will need to collect cards and build a deck of equipment, enemies, encounters, loot, and more that will be shuffled in with the Dealer’s own challenges. The deck is then converted to a dungeon to complete, where every card presents new challenges.