Blast Away with Big Boss, Solid Snake, and More! 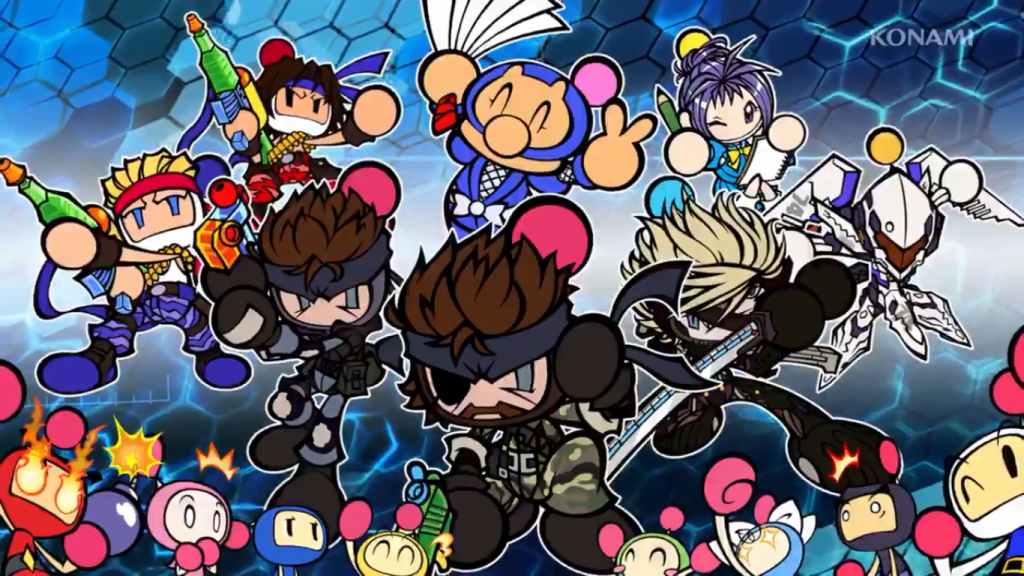 Looking to freshen up your Super Bomberman R experience?  Konami has you covered with a new FREE update patch released today on all available platforms!  On Facebook and Twitter they announced the release of the update with a plethora of information.

In addition to the Snake Bombers, the following characters are also available for purchase in the game’s shop after the update:

Along with the assortment of added characters, Konami have also added Metal Gear themed stages to Super Bomberman R‘s Grand Prix mode, and provided a number of balance and gameplay tweaks.  You can read more about the update patch on the game’s official news page.

What are your thoughts on the new Super Bomberman R update? Are you looking forward to checking out the new characters and stages with some friends?  If you want to see what our thoughts on the game are you can also read our recent review on the PS4 version here.