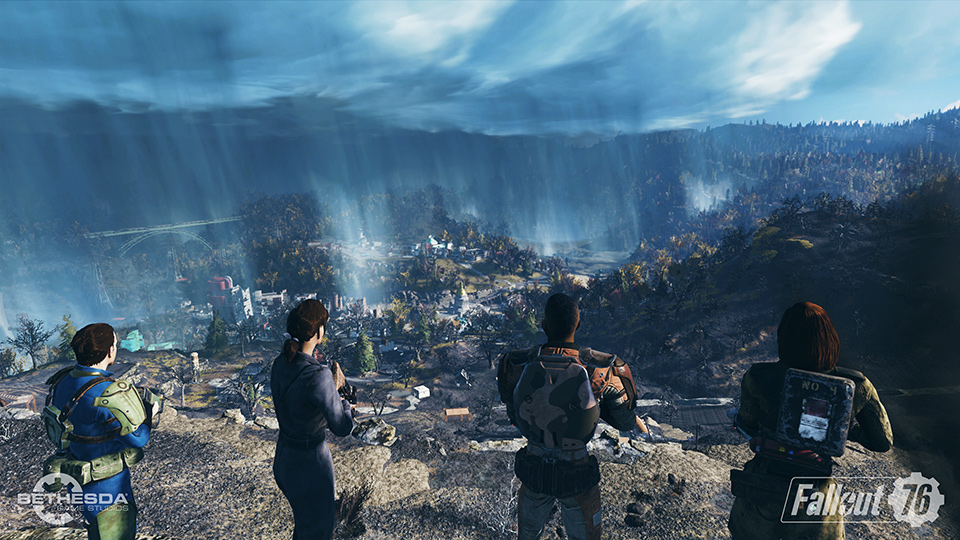 The new trailer offers a pretty detailed look at the upcoming open-world RPG’s multiplayer mechanics, highlighting both its bloody PVP action and PVE exploration. The footage does a good job of showcasing the various locales you’ll explore in the game. These locales range from the irradiated forests of Appalachia and the noxious marshes of the Cranberry Bog, to giant industrial areas teeming with roaming bandits and even giant, murderous mutated sloths. Yeah, the year 2102 sounds like a hell of a party to me too.

Check out the Fallout 76 – “Introduction To Multiplayer” trailer below:

Set 25 years after the bombs began to fall, Fallout 76 puts players in the shoes of a vault survivor tasked with helping to rebuild the ruined land. Players will be able to create their own unique character with the S.P.E.C.I.A.L. system and journey with friends –  or go it alone – in what Bethesda claims is their largest survival sandbox yet. The game world is comprised of six unique regions set across a ruined West Virginia landscape, with each area presenting its own set of risks and rewards.