The Senran Kaugra series has come a long way in the seven or so years that it’s existed. Although it originally started out as a series about good and evil schoolgirl shinobi fighting against one another, the series has since turned into… well… actually, it’s still about that. It just has way more nudity now. But hey, we don’t need to split hairs. Development is still development, regardless of what kind of development we’re talking about, right? And what better way to celebrate that development (maybe I should have picked a different word for this) than with a remake of the series’ debut game? 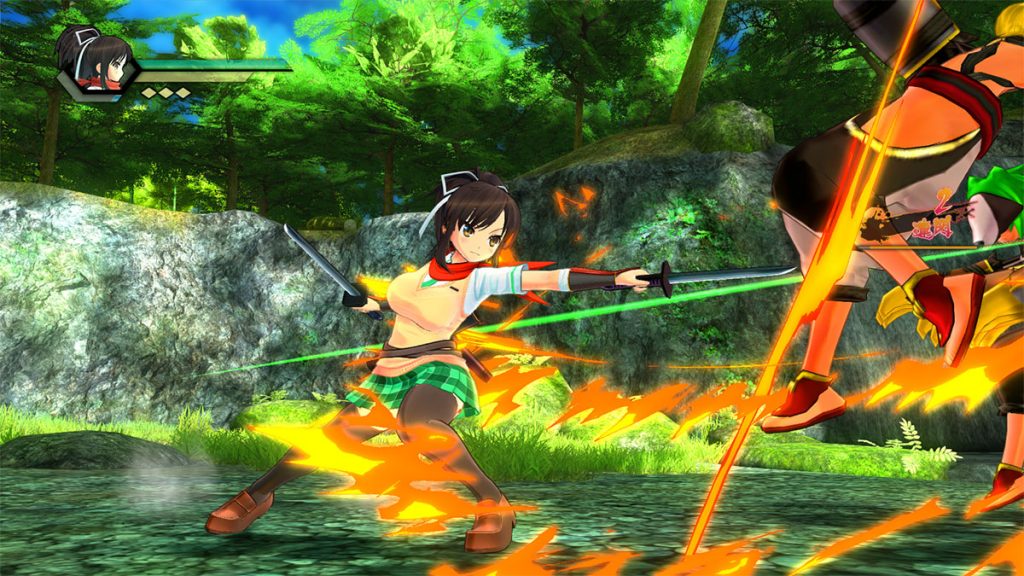 3D hack-and-slash action is back in full force in Re:Newal.

Senran Kagura Burst Re:Newal‘s 2-level demo (consisting of one tutorial stage and one regular stage) was  relatively short, but it was still more than enough for me to be able to gleam what the full game will have in store for its players. Simply put, the game plays nearly identically to its more contemporary counterparts, abandoning the original Burst‘s side-scrolling beat-em-up gameplay in favor of 3D brawler mechanics. Personally, I wouldn’t have minded seeing Re:Newal stick to its roots — having an up-to-date Senran Kagrua beat-em-up would have been kind of cool — but I won’t deny that the direction that Re:Newal took seems to fit the series better. Senran Kagura has always been about (among other things) flashy moves, high-octane combat, and ridiculous combos. A fully three-dimensional space fits that kind of gameplay much better than the much more restrictive 2.5D space.

If I had to make a knee-jerk comparison of Re:Newal to another game in the series (which I guess I kind of do), I would most closely liken it to Estival Versus. Re:Newal‘s combat is incredibly combo-focused, and encourages the player to attack their opponents without giving quarter. This highly aggressive fighting style felt even more important during the boss battle against Homura where, if you weren’t the one constantly attacking, you were the one getting constantly attacked. On that note, the enemy AI seemed to be slightly more polished as well. The CPU-controlled Homura that I battled seemed to be more responsive (if only somewhat) during combat. While she still wasn’t terribly hard to juggle once I got into the flow of battle, the fact that she took every chance that she got to turn the tables on me that she got (with partial success, even!), didn’t go unnoticed. 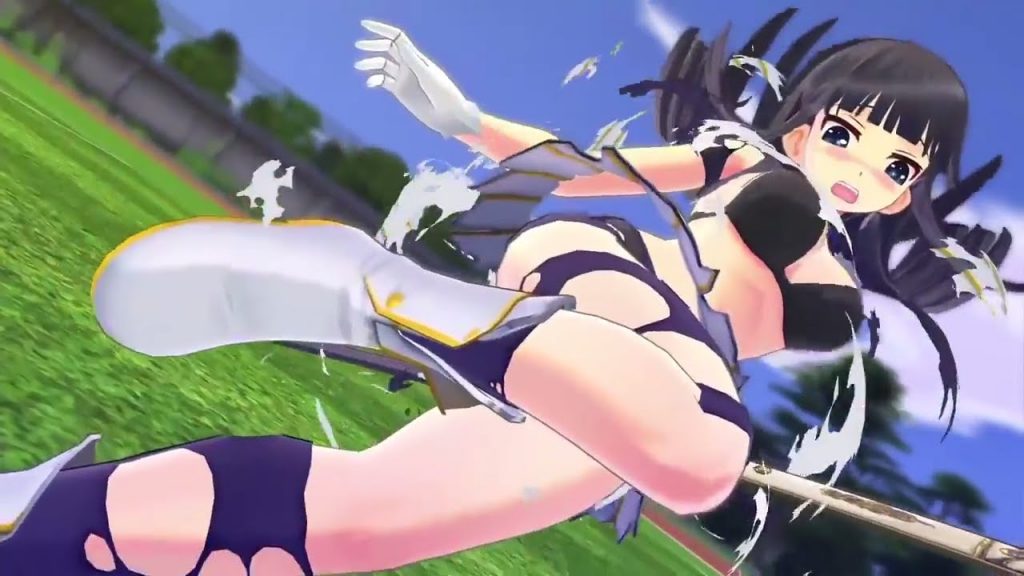 Would it really even be a Senran Kagura game WITHOUT ridiculous levels of fan service at this point?

Did you know that the original Senran Kagura: Burst had a Teen rating? Funny stuff, huh? Well, it may not come as a surprise to you that Re:Newal has long surpassed that ESRB threshold, planting itself firmly (I feel like I could be using better words to describe this, once again) within the confines of a “Mature” rating. Things like modesty and civility? Those were stripped away a long time ago — and done so as easily as one might cut through cloth with a katana. Instead, Re:Newal seems like it will unabashedly be piling on as much fan service as it can. Additionally, you can also expect this supple shinobi-filled journey to be the best-looking one yet. The Senran Kagura series has always treated its fans to a… um… “high polygon count”, and Re:Newal is seeing fit to make sure that Asuka and the rest of the gang look better than ever.

From where I’m standing, things are certainly looking  promising for Senran Kagura: Burst Re:Newal. Having matured into a state far past that of its 3DS counterpart(s), Re:Newal feels like a different game entirely. This may still technically be a re-make of Burst, but the updated graphics and re-vamped mechanics (and possibly even more, beyond that!) are more than ample enough reasons for series fans to look forward to what this game will be serving up.