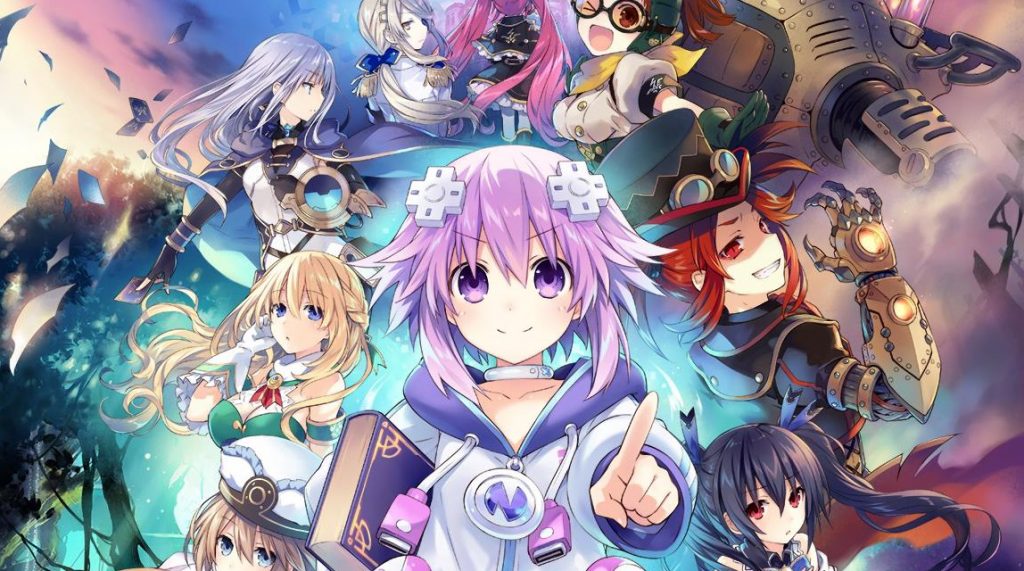 Out of all of the games that I ended up playing at this year’s E3, Super Neptunia RPG was the one that left me feeling the most curious afterward. Even after making my way all the way through the demo, it was hard to lay down any solid future expectations for it. Super Neptunia RPG isn’t just another Neptunia spin-off — it’s a Neptunia spin-off being made by a Western developer. For some of you that might not mean anything, and that’s fine if it doesn’t, but for me — and I’m sure that I’m not the only one who feels this way — the transition of what could only be described as a “highly Japanese” video game series into something that’s now being spearheaded (even if only for one game) by a Western development team leaves me a little… well, unsure. And I’m not talking about being unsure about the quality of the game, mind you — from what I can tell, Artisan Studios seems to be pretty solid. It’s more that I’m unsure of whether or not this will retain all of its original Neptunia-ness.

Sadly, my time spent with Super Neptunia RPG didn’t serve to quash my curiosity. What I ended up playing was a very early Alpha and, being an Alpha and everything, it didn’t have much going on in the way of story and character development. So, instead of continuing on with my narrative-centered “what-ifs” and speculations, I’ll be focusing on what I did get a chance to test out — the gameplay. 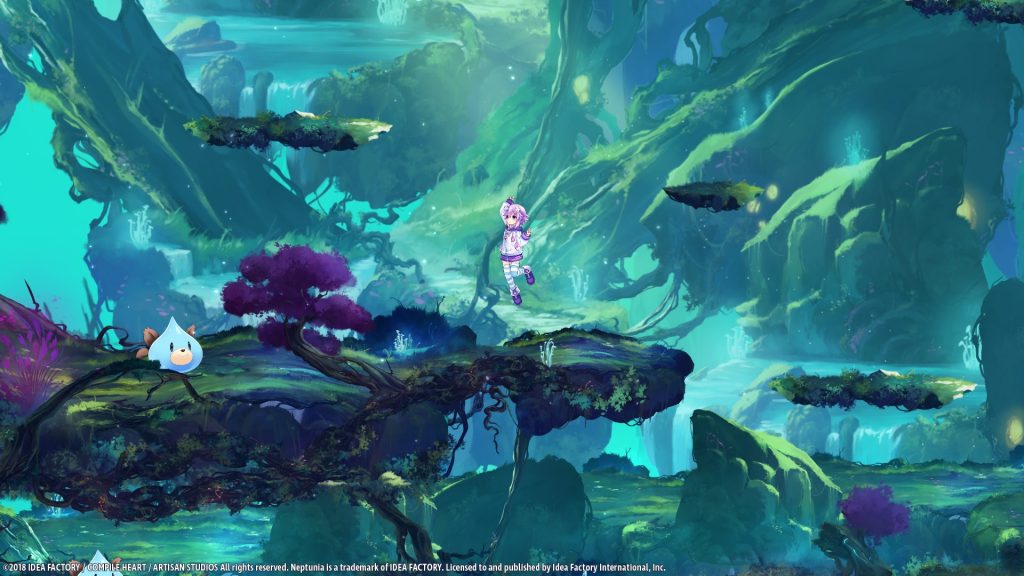 Adventure is just a hop, skip, and a jump away!

Based on the name, you might think that Super Neptunia RPG is a spoof on the likes of Super Mario RPG. But you would be wrong! Despite its name, SNRPG actually mimics (rather closely might I add) Tri-Ace’s Valkyrie Profile series. Regrettably, outside of that, there isn’t really a lot that I can say about the game as of now. The demo essentially consisted of me walking from one town, though a forest, and into another town with a few battles thrown into the mix for good measure. For what it’s worth, the game’sValkyrie Profile-esque platforming felt very similar to the real thing. The controls were tight and responsive, and the game’s lush scenery was gorgeous to look at. Outside of basic platforming, Neptune also had the ability to summon a Pudding Dogoo which, when jumped on, could be used as a springboard. It didn’t serve much function in the demo, but it was pretty darn cute! 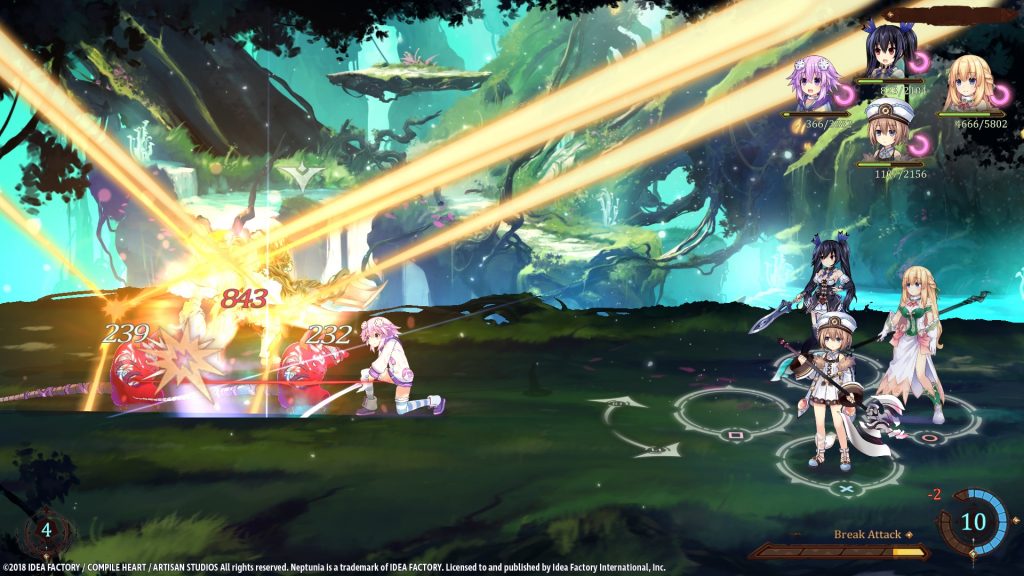 Quick strikes and big combos are what combat’s all about.

Doubling down on its Valkyrie Profile inspiration, Super Neptunia RPG also sports a very familiar-feeling combat system. I feel like a broken record at this point, but I’ll say it again anyway; there wasn’t a whole lot going on here as of the demo. Players are able to control a party of up to four characters in a fight, with each character’s attacks being assigned to a single press of their respective button. In order to prevent players from merely button mashing their way to victory, however, the player is also given an attack gauge. Each individual attack depletes some of the gauge and, although it fills back up naturally, simply spamming attacks will temporarily leave you completely defenseless. If the gauge is full enough, the player can also order all of their charters to attack at once which, although costly, dishes out a ton of damage.

Additionally, battles seem to be about constantly having to re-organize your party. From what I can tell, each character only has one kind of attack that they can use. That attack will change, however, based on who’s leading the party. Players are able to freely rotate their party around throughout battles, making it easy to set up the right party for each situation. Unfortunately, I can’t really expand upon things much more than I already have. Aside from Blanc, who turned every party member into a healer, the rest of the characters were variants of attack formations. And, while I’m sure that each of these attack formations have different functions, I wasn’t given any information on what those functions might be.

What Could it be, This RPG? 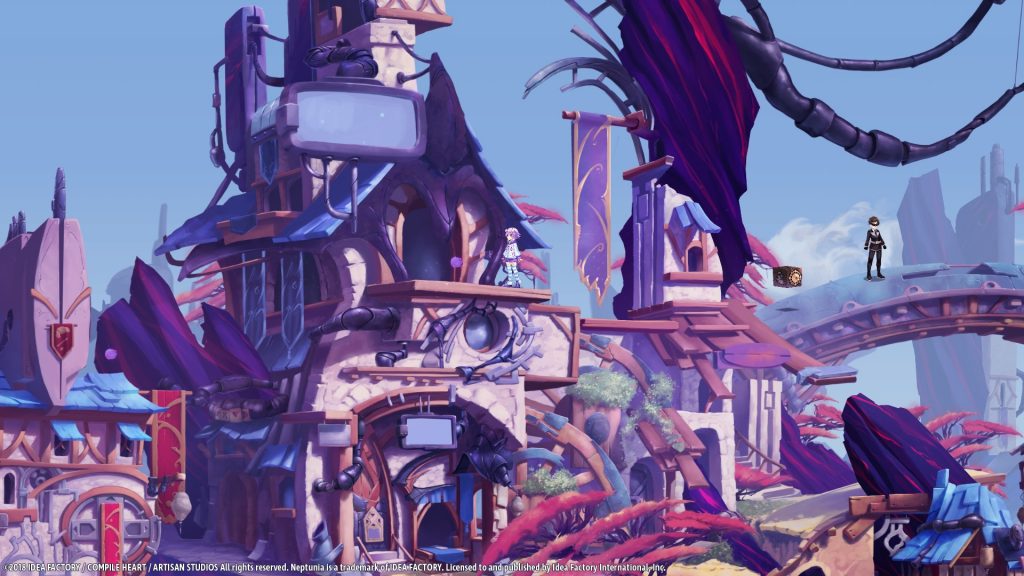 What will this game have in store for Neptunia fans? Only time will tell!

From where I’m currently standing, it’s still way too early for me to pass judgement on Super Neptunia RPG. Its premise is unique enough, and I honestly think that it has potential to be yet another Nep-tastic title, but I simply don’t know enough at this point to say much else. So, what exactly can we expect to see when Super Neptunia RPG hits PlayStation 4 and Switch? Only time will tell, I suppose. But here’s to hoping that it’s going to be just as charming as the rest of the series!