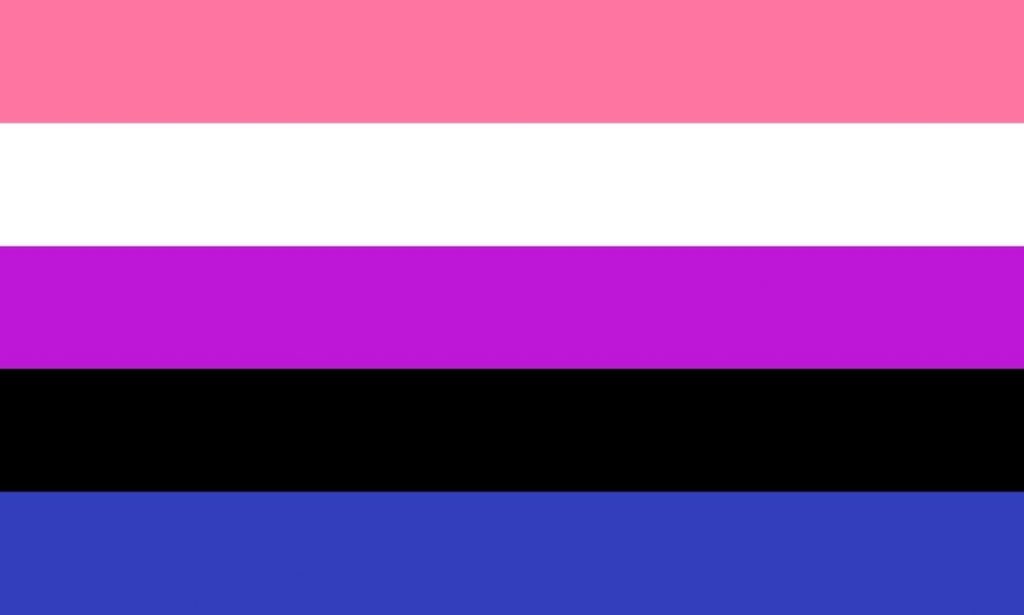 It’s been really positive seeing in recent years game developers trying to make their games more inclusive. Things certainly aren’t perfect yet, but as an artform video games seem to be making an effort to include positive female protagonists and LGBT characters at a much faster rate than television or film ever did.

These days any video game with a relationship system is practically required to include same-sex relationships. In video games you are often encouraged to portray yourself or your own decisions, a reason why they are popular amongst the trans community. In games you get to choose your gender, it’s never questioned like it may be in the real world, creating a very positive experience.

But there are still very few games that allow the player to explore their characters gender completely. Last year Game Grumps’ Dream Daddy gave players the option to be a trans male, but few games allow you to do away with the gender binary completely. Not everyone identifies as one gender and the lines between male and female are becoming more and more blurred. As a genderfluid person, it can sometimes feel like the very mention of your existence can be cause for debate. Throughout history many cultures have acknowledged the existence of more than two genders and there is no conclusive scientific evidence to support the idea that there are binary male and female brains. (For more information on the matter, I recommend Pink Brain Blue Brain by Lise Elliot.) Despite this, there are few video games that allow you to play as a non-gendered character, even in games when you are encouraged to project yourself on the player.

So, what do the games that do allow players to explore their gender actually do? How can positive genderfluidity exist in gaming? To celebrate Pride Month, let’s discuss some examples of, what I feel, is genderfluidity done well or not so well. 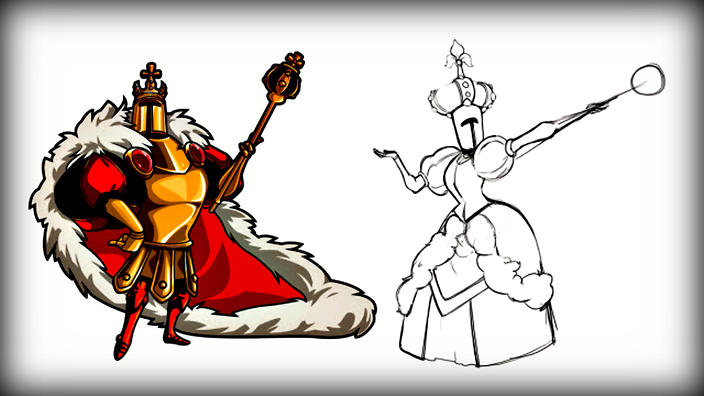 Shovel Knights is an indie game and debut game from Yacht Club Games, funded by a Kickstarter Campaign. The game is a 2D 8-bit platformer where the player fights people/digs up treasure with a shovel, while dressed in a shiny knight outfit. Although there was nothing spectacular about the gender roles in its initial release in 2014, the creators soon realised their mistake in giving the majority of female roles token or “damsel in distress” roles.

So, when the time came to re-release Shovel Knights for Nintendo Switch, they added a very interesting Body Swap feature. Originally called Gender Swap, this allowed players to pick and choose elements of the characters to, for want of better words, mix up their genders. Players could choose between male and female “body” and “text” for the games cast. Swapping the gender of characters doesn’t change their personality, just their outwards appearance and the way they are referred to be other characters.

Along with tailoring the genders of the characters, players can also use the “opposite” option, where all characters will swap to the opposite gender or “random”, which randomises the gendered appearance and text for the characters.

Although the game doesn’t offer a gender-neutral option, which may be the next step for Body Swap, it allowed players to tailor and control the genders of their game world. It’s a very interesting concept that helps tailor the gaming experience for each individual player. It’s something I hope to see more studios working on in the future. 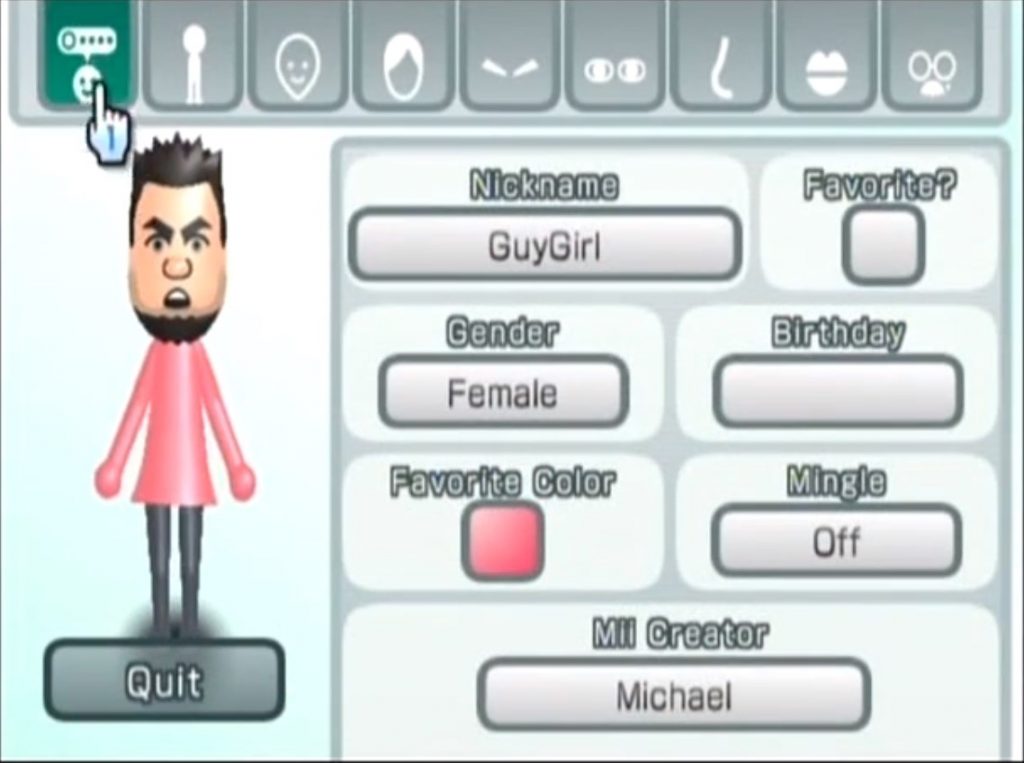 Nintendo and I have a very complicated relationship, mostly for their treatment of LGBT characters. But while they have been very dismissive of sexuality, they haven’t always closed the door the genderfluidity.

For a prime example of this, I’d like to cast your minds back to 2013 when Nintendo’s infamous life sim Tomodachi Life for the 3DS hit the shelves. The concept of the game was fairly straightforward, you populate an island with your “Miis” and have them engage in various activities rather than the horrifying alternative of going to hang out with your friends in real life! But the game received a lot of criticism, rightly, for being a life simulator that did not allow same-sex relationships. It was a bizarre take for a game that encouraged players to fill their island with real friends and family, as it was essentially saying that no gay person/ friend or relative of a gay person would want to play the game.

That and, given the lack of complexity in the relationship system, it could be considered less work to restrict the dating based on gender, implying that it was a deliberate move from the creators.

But despite Nintendo’s denial of same-sex relationships, they’ve never cared much about restricting the player’s gender. When creating Mii’s for Tomodachi Life clothing and appearance were not restricted by picking a gender. While gender was restricted to male and female boxes, it was possible to give a Mii a stereotypically male appearance and tell the game they were female. Even when the Wii was first released, the only indication of a Mii’s gender was a little skirt on female characters. Make-up and hair-styles weren’t restricted. As pronouns were never used in games nor were players categorized into gender, it almost feels positive.

There is one aspect of genderfluidity that is rarely discussed in gaming. Even when clothing and appearance doesn’t fit into a gender binary, it’s always assumed that the player is leaning at least somewhat towards one gender or the other, making them select male or male. Never is this more obvious than when pronouns get involved. More and more people are choosing to use gender-neutral pronouns such as they/their rather than she/her or he/him. Using gender-neutral pronouns is something that we all do, whether we realise it or not, before knowing someone’s gender. Yet someone saying they prefer they/their can still cause a lively and unnecessary debate.

If someone does use they/their pronouns, finding a game to accommodate this is surprisingly difficult. Yet one of the most popular games of last year proves how simple this can be.

Pyre, an action RPG sports-kind of game released last year is one of the few games that allows players to use they/their pronouns for their character. It’s a small detail, but the creators received a lot of positive feedback for this and a lot of attention. What I enjoy about it is that, since it’s release, I haven’t seen Pyre on any “LGBT Games” lists. That’s not to say that there aren’t characters in the game you could decide are LGBT but including gender-neutral players wasn’t an attempt for the game to be advertise as such. Adding they/their pronouns to a game is no more difficult than allowing a player to choose between him/he or her/she and one can hope that Pyre have opened the door to this becoming the norm. 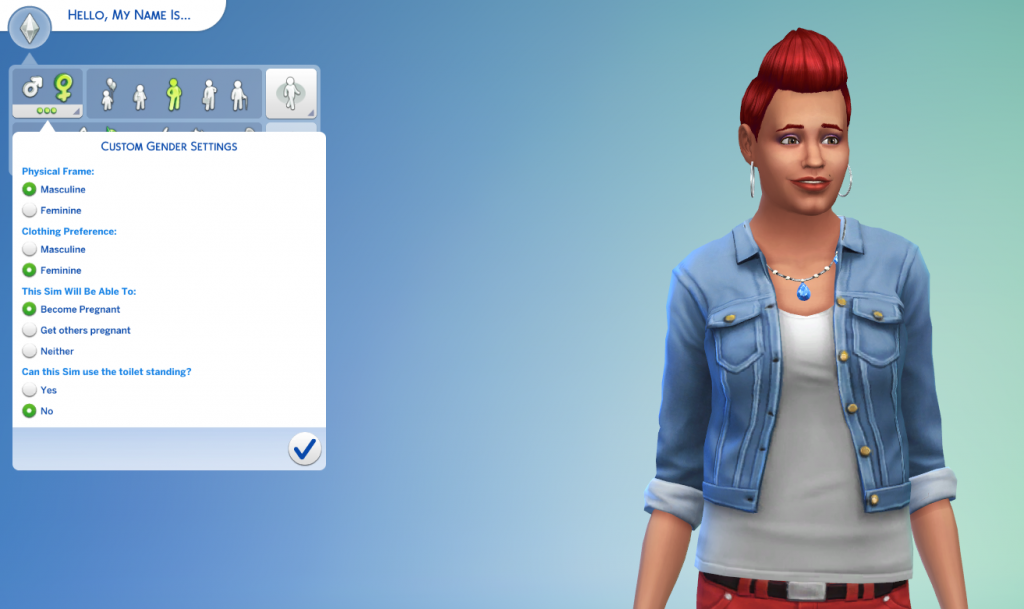 I’ve avoided talking about The Sims in this article because I simply wasn’t impressed by them adding their gender-neutral pack to The Sims 4. Firstly, The Sims 4 has proven itself to be nothing more than useless money grab from a once beloved franchise. None of their expansion packs have brought anything new to the game and it was clearly just made because they ran out of ideas for The Sims 3. But more importantly- the update was too little, too late.

Despite their willingness to acknowledge same-sex relationships, for three alliterations of the game they refused to even acknowledge that trans people exist!

In June 2016, EA added a patch to The Sims 4 that allowed players to customise the gender of their Sims, how they presented, how they dressed and their physical gender characteristics. While this was a great step for the game, it should have been included years ago, especially since you are encouraged to create yourself and real people in the game world. It also failed to make gender completely neutral. Pre-made game lots still feature gendered bathrooms, meaning your sim has to choose one or the other. It also failed to provide a they/them pronoun option. So, while it is now technically possible to make a gender-neutral Sim in appearance, it isn’t possible to allow them to present themselves in the world as such. Feels like if EA were going to wait this long to give us this patch, they could at least go all the way. Maybe their saving true genderfluidity for The Sims 5.

Fluidity in the Future 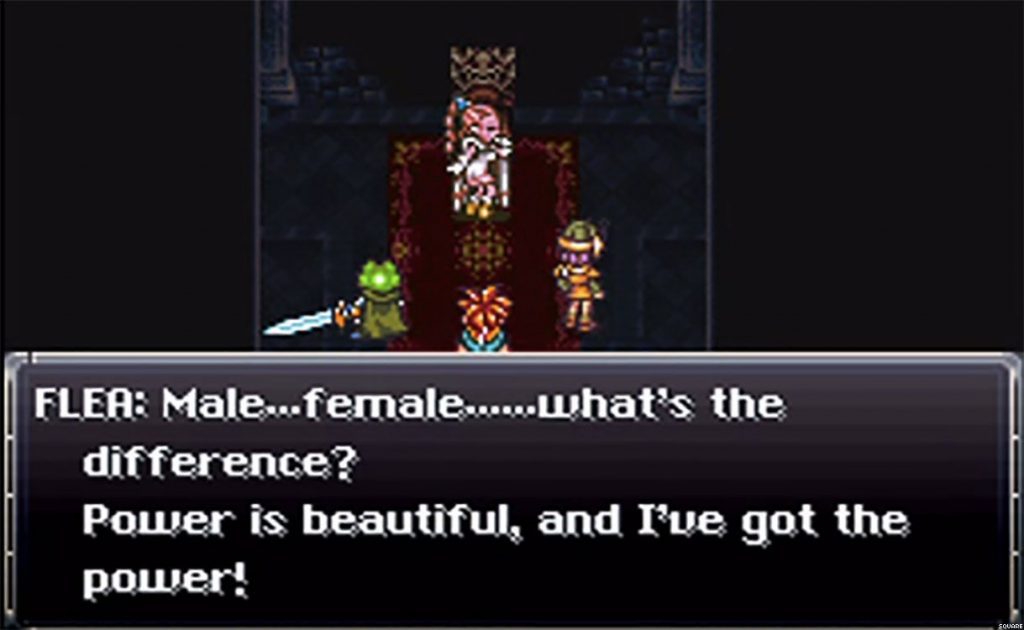 I suppose I came across as quite negative and bitter in that last part, but frankly I’m just happy I had so much to talk about here. While such features may seem trivial to the cisgender player, blogger Charlize Veritas explains in an article why this is so important to the transgender community:

“For transgender people it’s something even more special. A dream we’ve held for so long. You see, it’s a chance for us to play as our preferred gender. We can finally be that badass chick who saves the day from hordes of aliens or that righteous dude who fights the undead masses to avenge his mortal soul, but whatever your quest is… you finally get to do it as you.” (02/11/2016)

By not including gender-neutral options or allowing genderfluidity, creators aren’t just excluding a vulnerable community, but they are missing out on a big market. Maybe examples discussed have been great and hopefully there will be a lot more games like these in the future.

So, Happy Pride Month everybody! Stay safe and remember to wear sun lotion during the parade!