Watch out for the Shaq-attack 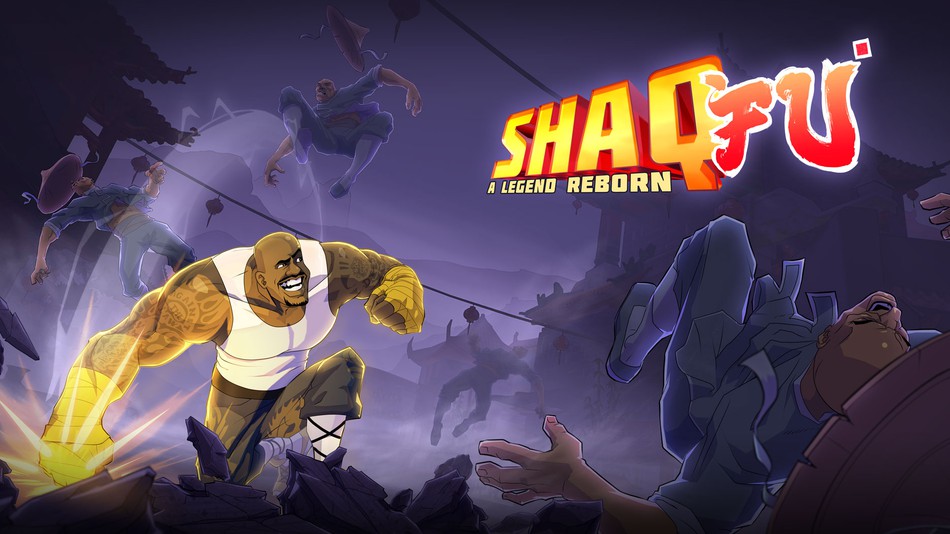 I’m not entirely sure how it’s come to this: a sequel to Shaq Fu, the now-infamous 24-year-old fighter. Actually, I am sure; Shaq Fu: A Legend Reborn came from a successful crowd-funding programme. Which leads to a more important question: why is Shaq Fu back? On the basis of this, some demons are laid to rest. And in some ways, it creates others.

Shaq Fu was a terrible Mortal Kombat clone that somehow made the plot of fellow basketball-er Michael Jordan’s movie Space Jam more plausible. Sportsman walks into a dojo, ends up saving a boy from an evil mummy. In A Legend Reborn, Shaq’s backstory is that of being an orphan to a Chinese family, who of course named him Shaquille. Naturally. Bullied for being 7 foot-plus, he is taught the ways of Wu Xing and must adopt his new skills after his village is attacked. Cue six long levels of relentless fisticuffs and horrifically bad jokes.

The one relief for Shaq Fu numero two is it has ditched the one-on-one style for something simpler; a scrolling fighter. Using the Streets of Rage/Final Fight mould makes for a more flowing experience. But there’s a problem with that as well; Shaquille O’Neal is such a tour-de-force presence, so naturally, it’s all about him and him alone. Which means no multiplayer, which is the biggest issue with this game. It is so dull and repetitive to wade through alone. The same can be said for most scrolling fighters, but here a companion is desperately needed to share the incessant bad jokes. Of which a few are even regarding the lack of co-op.

Just don’t try and get him to free-throw 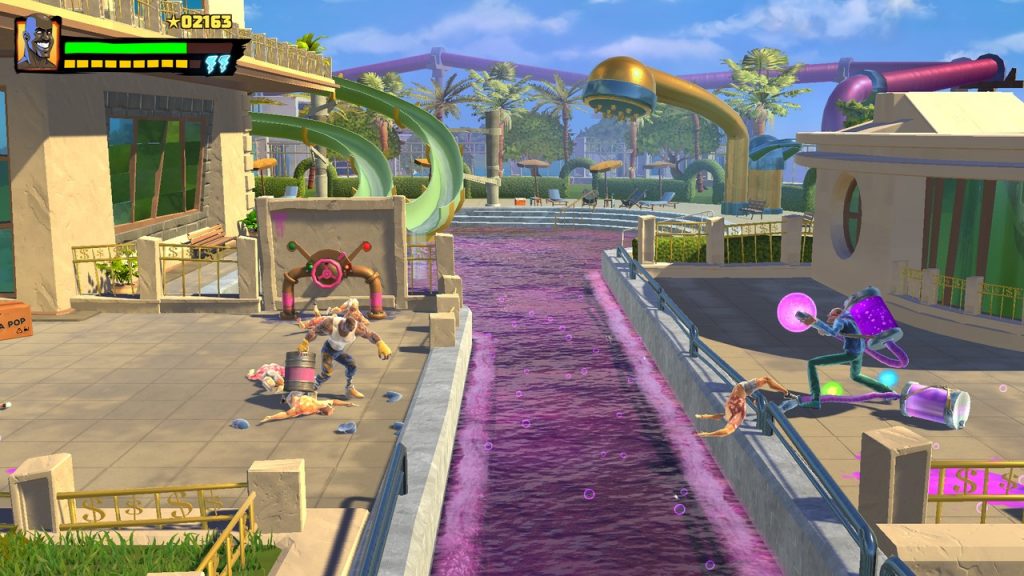 Shaq gon give it to ya

The levels are way too long at 20-30 minutes each. They are scrolling-fighter-by-numbers; multiple enemies that vary in difficulty and weakness, power-ups to collect by bashing foreground crates and other objects, plus end of level boss set pieces. You can hammer out many 90’s classic scrolling fighters in around an hour and have 10 times as much fun.

The bosses serve as technically awkward, painfully dated concepts. But they’re celebrity figure-satires, so it’s all good. Wait, no. No, it isn’t. At least Donald Trump is one of them. There’s a drunken racist Aussie in a kilt who could only be Mel Gibson, but the scales really tip when a social-media-crazed woman who actually turns in to a giant ass. That eats tacos. That’s not funny, just pathetic. 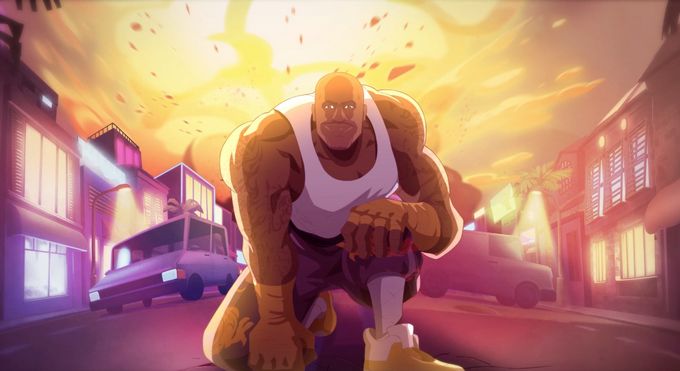 The visuals deployed are of a cartoon 3D-on-2D style, with varied backgrounds that suit each levels’ setting. The lighting effects are great, as are some of the special attacks, with Bayonetta-style big boot finishers, and Turtles in Time-inspired fourth wall smash attacks that hit your screen. The action moves along at a nice speed, regardless of the number of enemies on screen. The cut-scene artwork is tidy, with character portraits adding a dash of coolness to proceedings.

With its humour Shaq-Fu: A Legend Reborn disregards all political correctness as much as it disregards the meaning of fun. The humour could rub anyone up the wrong way at some point, like Donald Trump on his campaign trail. It is also relentless. Just like one of Trump’s campaign trails. The jokes are wooden and crass, ballsy yet consistently eye-rolling in quality. That being said, the voice acting, performed by Shaq himself, for the most part, is decent. Fans of his music will no doubt love the title screen track, a new song from the man himself. Make no mistake, this is a fully endorsed Shaq product, and he wants you to know that. There is something to admire there for sure.

The admiration is however soon out of the window once the three-hour approx journey is over. In that time you may well have done everything A Legend Reborn has to offer. There is little/no incentive to ever grace your eyes with its presence ever again. I’m not entirely sure who this even appeals to. It could have served as a great option with friends, but the lack of co-op is a glaring omission. This, along with jokes that almost always miss the mark, and a clear crisis of identity means Shaq-Fu: A Legend Reborn is once again a wasted opportunity.

Full disclosure: This review is based on a PS4 review copy of Shaq Fu: A Legend Reborn given to HeyPoorPlayer by the publisher.