Gonna Dance the Night Away

I have been incredibly excited about the upcoming Persona 3: Dancing Moon Night and Persona 5: Dancing Star Night since they were initially announced in Japan, and that excitement has only intensified after the recent Western confirmation and subsequent re-branding of what we’re now calling Persona 3: Dancing in Moonlight and Persona 5: Dancing in Starlight. As an avid fan of both the Persona franchise and quality video game music (and you can’t get a whole lot more quality than with Persona music!), this pair of games featuring teens-turned-heroes-turned-dancers is definitely something to keep your eye (and ear!) on.

Rockin’ to the Rhythm 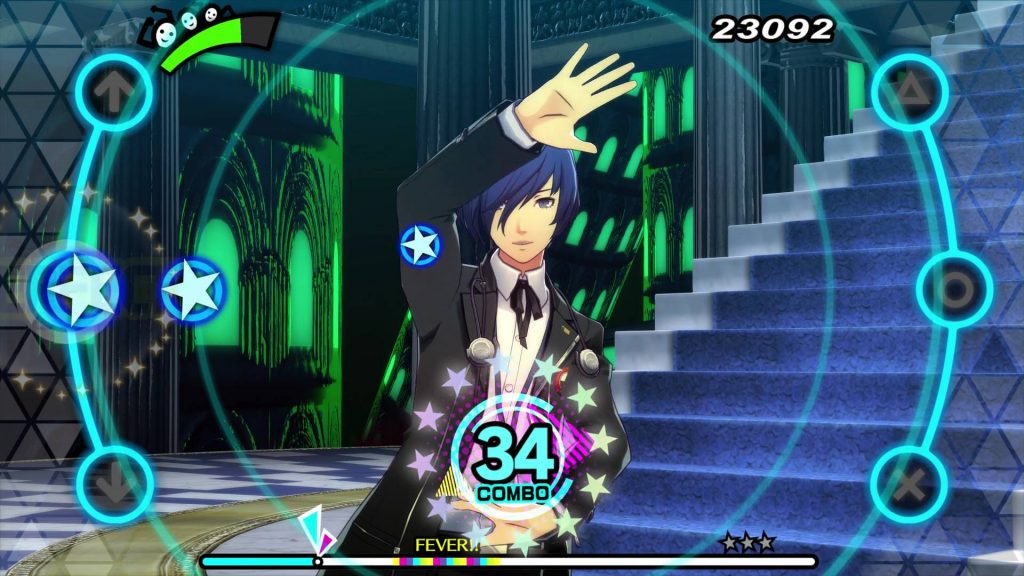 Things should look and feel incredibly familiar to P4DAN fans.

Persona 3: Dancing in Moonlight and Persona 5: Dancing in starlight mark the second and third installations in the previously standalone “Persona Dancing” series. In terms of actual gameplay, not much has changed between P4DAN and the newer titles. …In fact, minor HUD changes aside, I’m not sure that anything has actually changed at all. However — and this isn’t even the first time I’ve said this about an E3 demo this year — they don’t need to. If it isn’t broken, don’t fix it. Music aside, I feel as though a lot of P4DAN‘s fun factor came from its unique setup. Consisting of an overlay with directions on one side and buttons on the other, Dancing in Moonlight and Dancing in Starlight feature controls that look deceptively simple, but are actually quite hard to master.

Due to the nature of the notes flowing from the middle of the screen and onto one of the six buttons (with the occasional scratch thrown in for good measure), it’s safe to say that even the visuals alone are enough to trip some people up. And, that goes double on the PS4 version where, due to the larger screen, your peripheral vision isn’t going to catch notes on the side of the screen opposite to where you’re looking as they would on the smaller screen of the Vita. Challenge certainly isn’t a bad thing, though. While the new Dancing duo may take some getting used to, there’s absolutely no denying the immense satisfaction from seeing “King Crazy” appear onscreen after you’ve been sweating it out to one of the many choice tunes that these games have to offer. 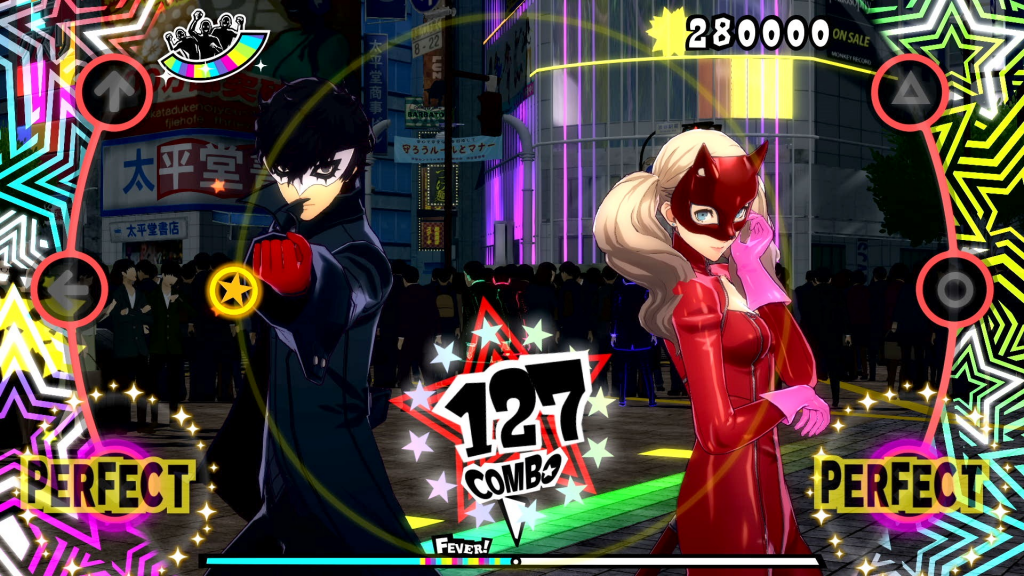 Good mechanics are very important in a rhythm game, there’s no doubt about that, but do you know what’s even more important? The music that you’ll be jamming out to! I’m sure that that’s a bit of a no-brainer for many of you out there. I still feel as though it’s worth mentioning though because, and I say this from experience, there are rhythm games out there that feature neat gameplay but ultimately suffer from a lack of good music. Good music is important in every video game, but it’s especially important in a rhythm game. Without any enemies to fight or puzzles to solve, the primary thing that gets your adrenaline pumping is the music itself. Man, after all that buildup, it would probably be bad if it turned out that these games didn’t have good music, huh? Well, there’s no need to worry; there’s plenty in both Dancing in Moonlight and Dancing in Starlight‘s tracklists to look forward to.

Admittedly, there weren’t too many tracks to choose from during the E3 preview — with each demo only consisting of three tracks each — but that was more than enough to inspire confidence in the full game. Each of the featured tracks — which included remixes of iconic tracks such as Mass Destruction and Rivers in the Desert — were perfect fits for their respective games, only further enhancing the intrinsic quality of each of the already well-liked Persona tunes.