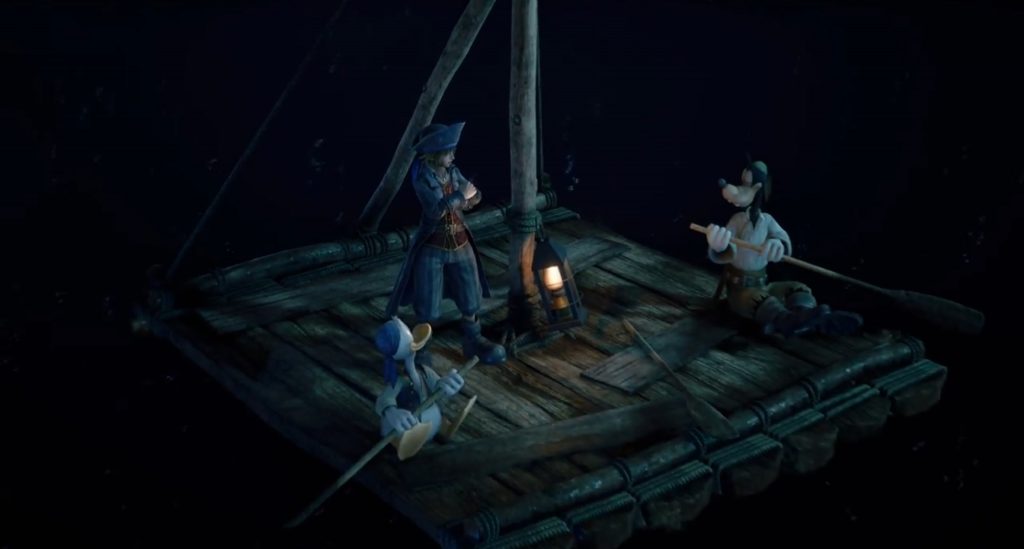 It’s a great day to be a Kingdom Hearts fan. In addition to the trailer released during Square Enix’s press conference, Sony showcased a new Kingdom Hearts 3 Trailer, which features more new footage than the previous one including the reveal of a new world.

Well actually it’s a returning world from Kingdom Hearts 2. The world in question is Pirates of the Caribbean, which features Sora and friends fighting off foes in full pirate garb, diving underwater, and swinging around a giant steering wheel key blade. Footage suggests that this time around the game will use characters and settings from Pirates of the Caribbean at World’s End. The trailer also showed off footage of pirate ship combat that could give Black Flag a Run for its money.

The rest of the trailer showed off new cutscenes from already announced worlds, another look at Kairi’s redesign from the front, and ended with Riku sitting next to a younger version of himself.

You can see the trailer for yourself down below.