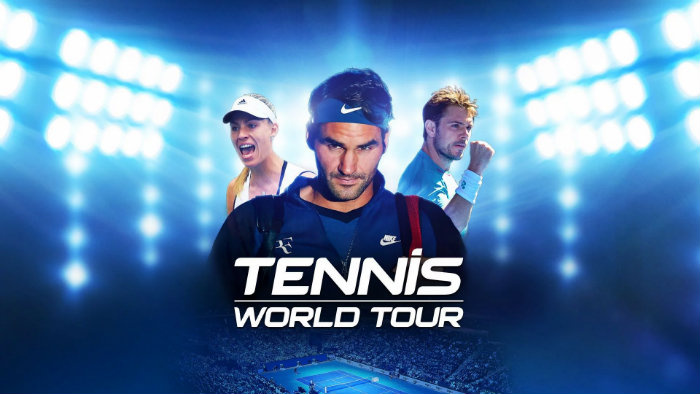 I had high hopes for Tennis World Tour in the build-up to reviewing the game. Tennis is my favourite sport and has produced many, many memorable moments in my life.

As a matter of fact, the first time I ever picked up a tennis racquet was because of the epic five-setter played between a 19-year-old Roger Federer and ‘Pistol’ Pete Sampras, two of the greatest male players the sport has ever seen. (Although, Federer clearly is the G.O.A.T.)

And the 2008 Wimbledon men’s singles final, is one of the greatest matches in tennis history, hell, even sporting history.

So, I go into this review fully invested into the sport, and a huge fan of tennis games in general – but with a catalogue of gameplay, presentation and technical issues, I can’t help but be disappointed with Tennis World Tour.

Presentation Really Lets This Game Down

My first impressions of Tennis World Tour weren’t great. It only has around 20 or so licenced players from the tour, with big names such as Serena Williams, Novak Djokovic and Andy Murray missing from the roster.

It also doesn’t have any official stadia or events, instead opting for a Pro Evo-styled approach of naming. For instance, Wimbledon is named the Supreme Court – easily mistaken as a part of the judiciary system.

But perhaps the biggest issues with presentation centre around graphics and audio. The visuals are particularly poor, and are reminiscent of the previous console generation.

Some of the animations in the game are a touch goofy, especially when backpedalling to make a groundstroke. And for some reason, I can’t shake the feeling that the character models are just a little off.

Audio in this game is a total disaster. The commentary snippets they’ve acquired from the great John McEnroe get tired, very quickly – and to make matters worse, sometimes they’re completely out of context.

Groundstrokes are largely there, serving on the other hand… 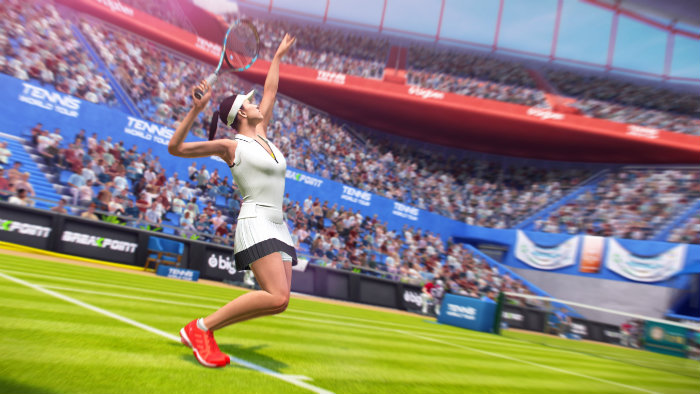 Serving Up a Storm

Having played tennis in the past and watched the sport for many years, one thing Tennis World Tour does well are its groundstrokes. Hastily selecting Roger Federer, in my first of many exhibition matches, I proceeded to crack cross-court forehands against the hapless AI opponent.

To perform a shot, all you need do is press the flat shot, slice, lob or drop shot buttons and your player will obey.

More risky groundstrokes are performed by holding down the desired shot button, where a small circle indicates how hard you’re going to hit your shot and how effective it’s going to be.

If the circle turns red, chances are you’re going to shank the ball behind the baseline or into the tramlines. Tennis World Tour attempts to address this shanking issue by tamely, placing your shot straight into the middle of the backcourt instead of where you’ve actually tried to place it. This can be quite jarring in the middle of a rally, when you’re expecting to put your opponent away, and instead, sending them a dolly to smash back into your face.

I still haven’t got the hang of serving in this game. It’s very challenging, and even with the tutorials, I feel it could do with some aids, like those when taking penalties in FIFA 18.

An arrow showing where you’re aiming your serve or a power bar indicating how much power you’ve put on your serve would be helpful to hone in on perfecting your serve. However, Tennis World Tour omits all of this, leaving you to effectively guess what you’re doing with your serve.

The Game Is Incomplete 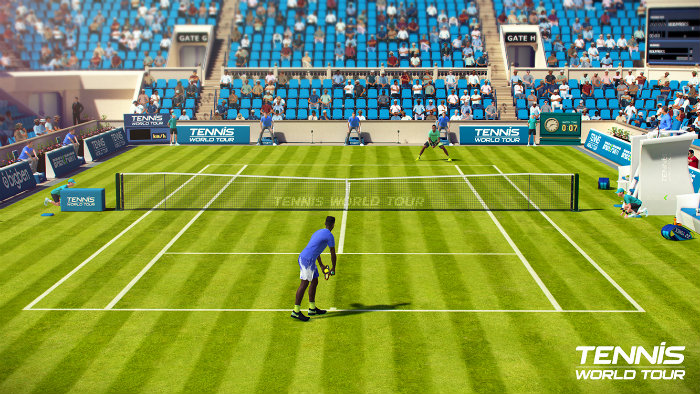 Tennis World Tour is a very spartan game at launch. At the time of writing, it is only possible to have an exhibition match, do a handful of training drills or put yourself through the career mode. The online head-to-head mode is currently unavailable and is a source of controversy for developer Breakpoint.

The game was advertised, right up until release, as having an online multiplayer feature available in-game from launch. However, as this review is published, it still isn’t available, leaving many fans frustrated that this key feature hasn’t made it into the game at release.

Breakpoint has promised to patch multiplayer in later, but it hasn’t stopped people from venting their frustration on social media.

But even with the inclusion of a multiplayer mode, I don’t feel there’s enough here to justify the $59.99/£40.00 price point. Most sports games such as FIFA 18, NBA 2K18 and others feature a fully-fleshed out, story-driven campaign like The Journey or MyCareer, but while Tennis World Tour features a career mode, it lacks the polish and depth of its contemporaries. 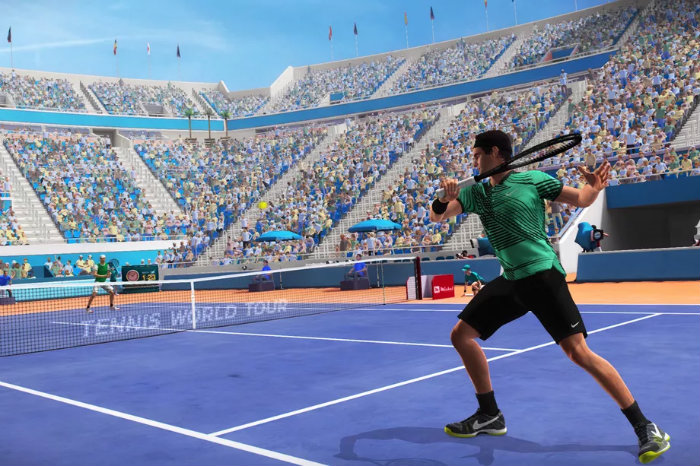 Tennis World Tour features a pretty nifty career mode, designed to emulate the rigours players face on the ATP circuit. Each game month, you’re presented with a screen where you can pay to enter tournaments, schedule some training drills, acquire some new swag or rest up in bed for a month to boost your stamina.

Playing tennis matches and completing training drills awards you XP, which in turn, can be spent on purchasing specific skills for your player, such as increased accuracy on break, set or match points.

Once you’ve acquired enough XP, your player levels up, and you earn an archetype point- which can be spent on attack, defence or net play – and therefore, improve your characters traits in that specific area.

To become the number one ranked player in the world, you must strike a balance between all of above – which on paper sounds quite fun. Unfortunately, after two seasons of this, I lack motivation to carry on.

I feel this is down to the fact that first, when building my player, the options to create it were so limited, I couldn’t connect with the character I was creating.

Also, none of the tournaments are licenced, which meant I never managed to realise my dream of stepping out onto the hallowed centre court turf at Wimbledon.

And perhaps the biggest issue of them of all is that the game is quite monotonous. Unlike say, Football Manager, there aren’t any events to catch you off-guard or challenge you in anyway – I just felt like I was grinding for nothing.

It is difficult to recommend Tennis World Tour in its current state. It’s incomplete, suffers from mediocre graphics and audio and an uninspired career mode – and frankly, if you’re a fan of tennis games, you’ve likely got the excellent Top Spin 4. And in my opinion, is Tennis World Tour any better?

Full disclosure: This review is based on a PS4 review copy of Tennis World Tour given to Hey Poor Player by the publisher 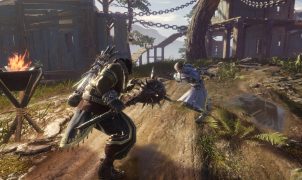 Brutal Childhood Memories I’m really showing my age here, but I remember it vividly and in somewhat childish terms. It was after school, on a hot and humid summer…