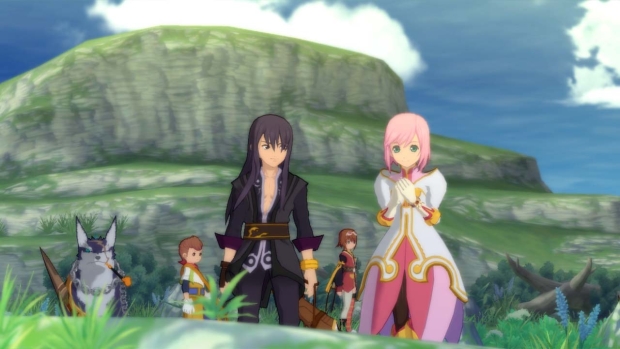 For everyone that’s been begging and pleading for the Tales of Vesperia PS3 port to leave Japan, you may finally get your wish after nine years: thanks to some sleuthing by Gematsu, a password-protected site named http://tov10th.tales-ch.jp/ has been discovered; going by the name, it’s obvious it’s meant to celebrate the game’s 10th anniversary. Gematsu went on to report they had already heard from certain sources that Namco-Bandai would be announcing a Tales of Vesperia remaster at next week’s E3, although the supported consoles remain unknown. Regardless, exciting times!

The original Tales of Vesperia was released in 2008 for Xbox 360, but a PS3 port with new content was released exclusively in Japan in 2009, and fans have been pestering Namco nonstop for a NA/EU localization. This expansion not only includes two new party members (newcomer Patty Fleur and Flynn Schifo as a permanent inclusion), but a number of new bosses, cutscenes, sidequests, dungeons, and more. Years ago, Troy Baker — voice of the game’s protagonist, Yuri Lowell — confirmed he was called in to record new lines for the game, but nothing ever came of it. Could we finally be seeing the fruits of his work here?

What do you think of this potential Tales of Vesperia remaster leak? Let us know in the comments below!