Control Two Players At Once In Night & Day 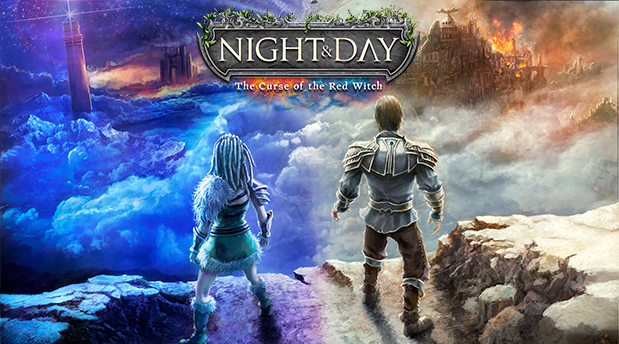 Based in Madrid, Ikigai Gameworks (I love the name) has released some info for its debut game. Night & Day: The Curse of the Red Witch is a twist on the simplistic runner genre. This time, instead of simply controlling one character as they run along, the player will be controlling two characters at once. This is where the difficulty kicks in. Players will have to be able to manage the two separate entities. These characters are eternally together, yet apart. This unique take on this simple style of game is sure to breathe some fresh air into the genre. The game looks visually appealing and hopes to wow players with toggle-able camera angles. These will allow for cinematic experiences while running.

Night & Day hopes to achieve the levels of difficulty of games like Runner3 or Super Meatboy. Ikigai of course intends to do this with their dual character gameplay. But, they intend to make the game with a compelling narrative. With bosses to face off against and arcade-esque precision, the game will surely provide players with a challenge. Will this studio’s first game be able to live up to the challenge they are guaranteeing? Well, only time will tell.

But, that time is not too far off. Ikigai Gameworks has just launched the steam page for Day & Night. The game is set to release in Spring 2019. It will launch on PlayStation 4, Nintendo Switch, Xbox One, and PC. You can watch an early trailer below: